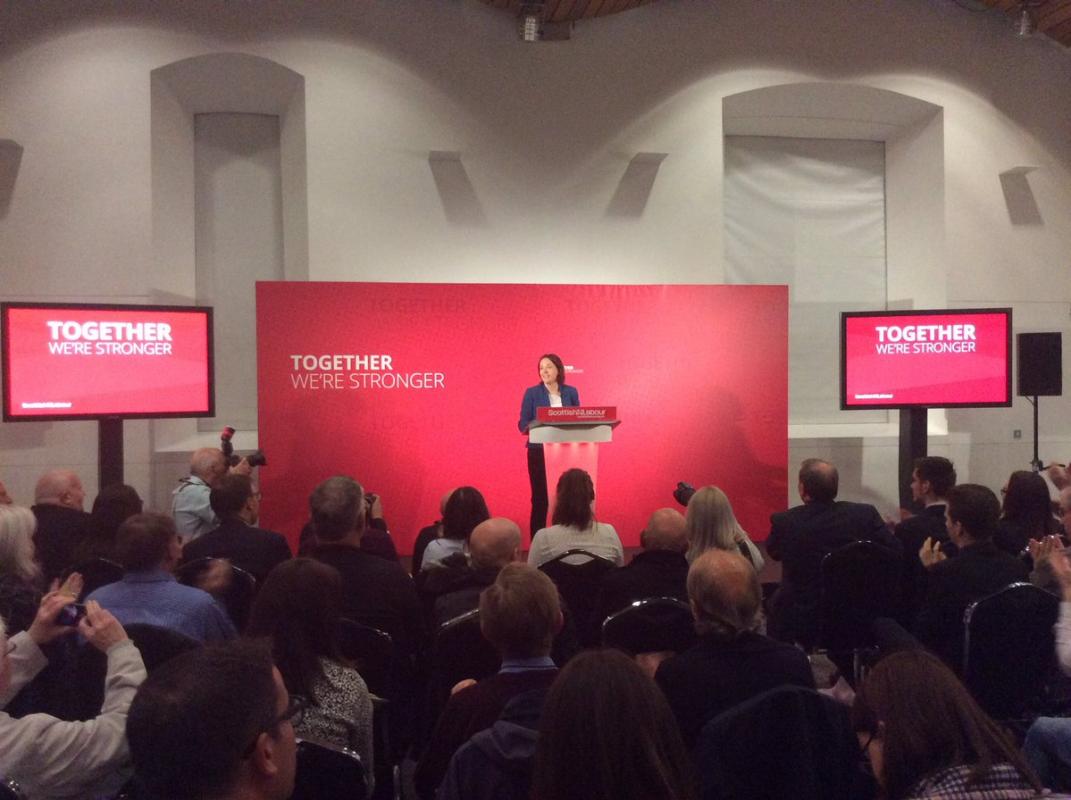 KEZIA DUGDALE, the Scottish Labour leader, has sworn to defend the party’s last remaining seat in Edinburgh South following the news that UK Prime Minister Theresa May intends to hold a UK-wide General Election on 8 June of this year.

Dugdale who had been hoping to focus on the local elections launch for the party today (Tuesday 18 April) was instead forced to state what her expectations were for her party’s performance on both sides of the border.

Ian Murray, MP for Edinburgh South, was returned to his constituency seat for the House of Commons in 2015, the year which saw all his colleagues lose to the new intake of SNP MPs. With a majority of just over 3,000, Dugdale was quick to offer her commitment to hold the seat in the upcoming election.

“Look, the polling numbers are challenging but I’m confident we can hold on to that seat, Ian is a great local MP.” Kezia Dugdale

Dugdale was asked, given the poor polling numbers for her party, whether another UK General Election would mean a final annihilation and disappearance of Scottish Labour.

She said: “Look, the polling numbers are challenging but I’m confident we can hold on to that seat, Ian is a great local MP.

“At this election, the choice again will be clear – a Tory Party intent on a hard and damaging Brexit or a Labour Party that will oppose a second independence referendum and fight for a better future for everybody.

“The Labour Party is ready and has been preparing for a General Election. We will start the process of selecting our candidates this afternoon.”

Recently, the party has struggled with poor showings in polling across the UK and its local election forecasts which have projected the Scottish Tories overtaking them as the second party of not only Holyrood but of local government in Scotland. As recently as this March Labour were polling at 15 per cent across Scotland compared to the Tories on 22 per cent and Scottish Greens on 12 per cent.

The loss of their final MP in Scotland would complete an historic decline and ensure the SNP cement their claims to being the party representing Scotland’s democracy and interests after a General Election.

Deputy leader Alex Rowley also said at the local elections launch in Edinburgh that a vote for the Tories would threaten local services and a Tory Government would mean “Scotland being exposed to the harshest of cuts yet to come.”

Alluding to devolution he said: “Any chance for power for the people and reform will be under threat if the Tories win”.