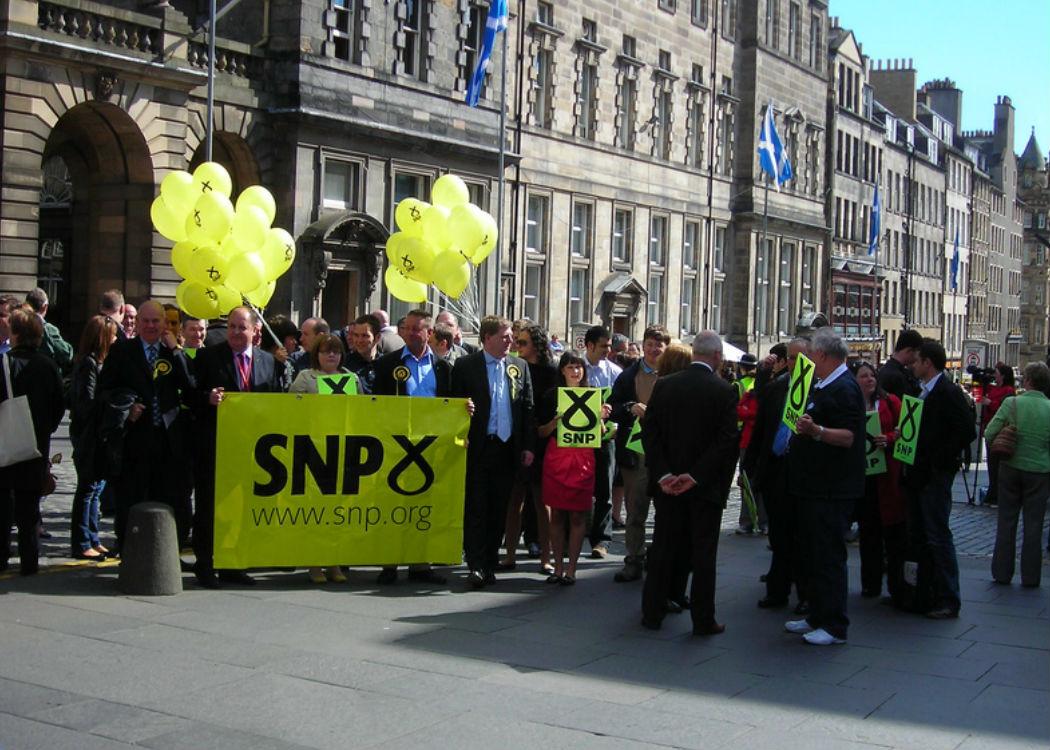 If replicated on 7 May, SNP would have 53 seats compared to just four for Labour

THE SNP is continuing to increase its electoral lead over Labour with a staggering 49 per cent of voters set to back them, a new poll has found.

The YouGov/Times survey is the first since Tuesday night’s STV leaders debate and puts the SNP at their highest ever level of support with the pollster.

Nicola Sturgeon’s party are up 3 points from a poll last week while Labour, on 25 per cent, are down four.

The Conservatives are on 18 per cent, up two points, while the Liberal Democrats are up one, on four per cent.

Based on these figures, the SNP would win 53 seats, while Labour’s 41 MPs would be reduced to a paltry four.

The Liberal Democrats and Conservatives would have one MP each.

He said: “This poll is a very welcome indication that people across Scotland are responding positively to the SNP’s message of delivering jobs and growth in place of Westminster cuts.

“It encourages us to keep working hard to ensure that Scotland’s voice is heard at Westminster with a strong team of SNP MPs.

“As welcome as this poll is, we take absolutely nothing for granted – we are speaking to people on the doorsteps and in communities all across Scotland to earn their trust.”

Responding to the poll, a Scottish Labour spokesperson said:

“If this poll is repeated on election day the SNP will be delighted, but David Cameron will be ecstatic.

“The Tories can’t win in Scotland so need to rely on the SNP taking seats from Labour.

“A vote for anyone other than Labour risks the Tories being the largest party across the UK and David Cameron sneaking back into Downing Street. That would be a disaster for Scotland, but it’s what will happen if people vote SNP.”