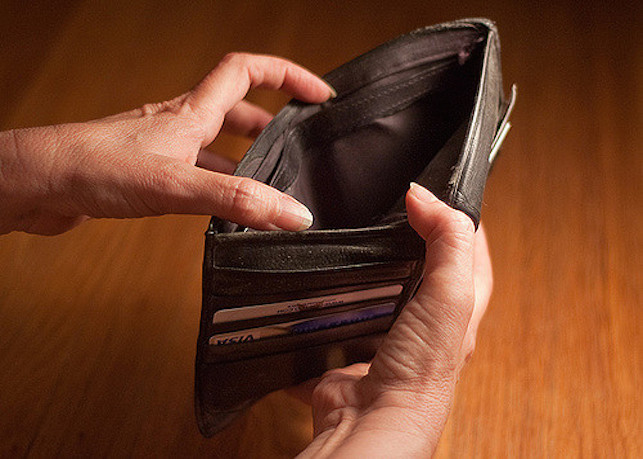 LABOUR IN SCOTLAND is millions of pounds a year poorer due to losing the majority of its elected members of parliament in London and Edinburgh.

Prior to 2007 Labour dominated councils, Holyrood and MPs elected to Westminster, which funded an empire of political offices and party staff teams to support the work of its politicians.

However, following catastrophic results for the party in 2015 and 2016, millions of pounds in political expenses have deserted the party in favour of its rivals.

Labour’s drop from 37 MSPs to 24 will cost the party £1.2m a year in comparison to what it would have received by maintaining its seat share.

The switch in resources is particularly damaging for Labour following the 2015 General Election when the party lost 40 of its 41 MPs in Scotland – along with the funding associated with each member. CommonSpace estimated that this result transferred around £25m from Labour to the SNP over the full five year term, the biggest financial shift in Scottish political history.

The Sunday Herald reported that Scottish Labour leader Kezia Dugdale has asked MSPs to contribute £10,500 of expenses each to fund a ‘leadership office’ in the Scottish Parliament.

A Labour spokesperson told the paper: “We do not comment on internal staffing issues.”

The SNP, meanwhile, have gone on a spending spree since 2015 – hiring hundreds of research, media, and constituency support staff to run dozens of party offices in London, Holyrood and across the country.

The most recent Holyrood election also led to a substantial financial boost in the fortunes of the Scottish Tories and the Scottish Green Party, who both increased their representation in parliament.

The Tories will now have a yearly staff and Short money budget of £2.8m. The Scottish Greens will receive over £550,000 from those funding sources, more than trebling the party’s parliamentary funding.

With 63 MSPs, the SNP group have a far larger budget of £5.9m a year to support parliamentary work.