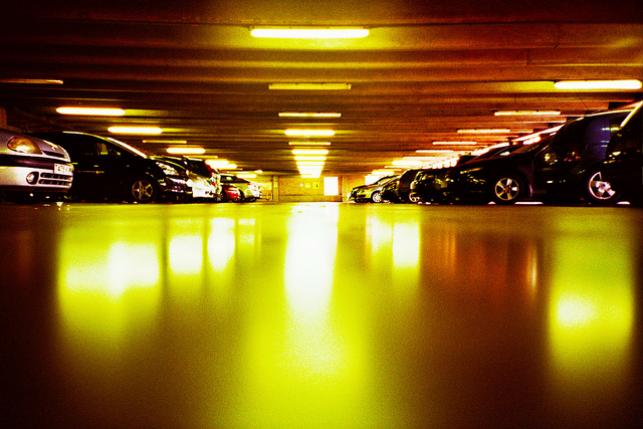 As the first day of the Scottish Labour party conference, party member rejected plans by the Scottish Government to introduce the Workplace Parking Levy

SCOTTISH Labour party members have voted to oppose the Scottish Government’s plans to introduce the Workplace Parking Levy at their conference in Dundee, an issue that has caused tension within the party in the run-up to the conference.

The workplace parking levy is a new power for local authorities to introduce if they choose, agreed by the SNP and Scottish Greens in January as part of their Budget deal.

The motion at the conference in Dundee, brought forward by the train driver union Aslef, said there must be due thought given to the realities faced by workers across Scotland, and called for efforts to be ade to promote the use of public transport over cars, .

The levy would see employers pay an annual tax to their local council for every car parking space they provide, with an option to pass it onto their employees. The Scottish Government has stressed that NHS staff will not have pay the levy.

Aslef’s Kevin Lindsay, who moved the motion, told the conference: “The parking levy introduced in the [Transport] Bill is unacceptable and it is unworkable.

“Why would a train driver starting at 3:30 in the morning with no public transport, be expected to pay £400 a year minimum to take his car to work, but a Chief Executive of NHS going into work at nine o’clock in the morning, driving his Chelsea Tractor, polluting our streets, causing congestion, gets it for nothing. This is wrong.”

In England, all local authorities have the power to introduce the levy, with Nottingham Council being the only local authority to roll it out. The Council uses the money to invest in public transport.

Unite’s Caroline Walker told the conference that Nottingham showed workers would end up payinh the cost.

“We have seen from an implementation of a similar scheme in Nottingham City Council that it will be passed by employers onto the employees, all for the luxury for getting to work,” she said.

“This is why Unite has written to 32 local councils in Scotland to ensure that they refuse the implementation of the levy. We do not want to see our members and local authorities face the ridiculous situation where they are paying more for services that they ultimately provide.”

Scottish Greens Transport spokesperson accused Labour of “shameless hypocrisy’ over their opposition to the levy, after Glasgow and Edinburgh councillors backed the policy in their manifesto’s for the Council elections in 2017.

The head of the Labour group at Edinburgh City Council, Cammy Day, has defended the group’s support for the workplace car park levy, telling Edinburgh Evening News prior to the conference: “We have argued councils need powers like the tourist tax and the workplace parking levy [WPL].

“What we have committed to do is consult with the city about whether the WPL is appropriate for the capital and if so how that would look – and that’s what we are about to do.”