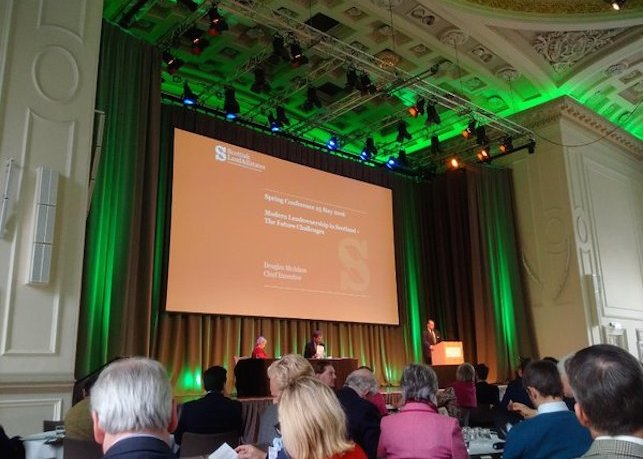 LANDOWNERS have lost the PR battle, as it is “too easy” to caricature those responsible for private estates as “arrogant dinosaurs”, according to the chair of the landowning lobbyist group.

David Johnstone made the admission at the Spring conference of Scottish Land and Estates (SL&E), which represents the country’s private landed families.

Addressing the conference, Johnstone said landowners had to change their public reputation as “arrogant dinosaurs” who are opposed to change, giving the impression they are “hopelessly out of touch with what is going on in modern Scotland”.

The behaviour of some landowners has made it “all too easy to be caricatured like that”, in Johnstone’s view.

The admission follows a passionate national debate which led to the Land Reform Act 2016, with widespread calls to tackle the concentrated ownership of land in Scotland.

SL&E has persistently campaigned against action to change the ownership of land in Scotland.

Johnstone called for a “fresh start” in relations between big private landowners and the government. However, he later said that he was still is disagreement over whether land ownership is too concentrated.

The chief executive of SL&E, Douglas McAdam, added: “We are without doubt in a new era of landownership in Scotland.”

Welcoming “Lords, ladies and gentleman” to the conference, he claimed the event reflected the diversity of land owners in the country.