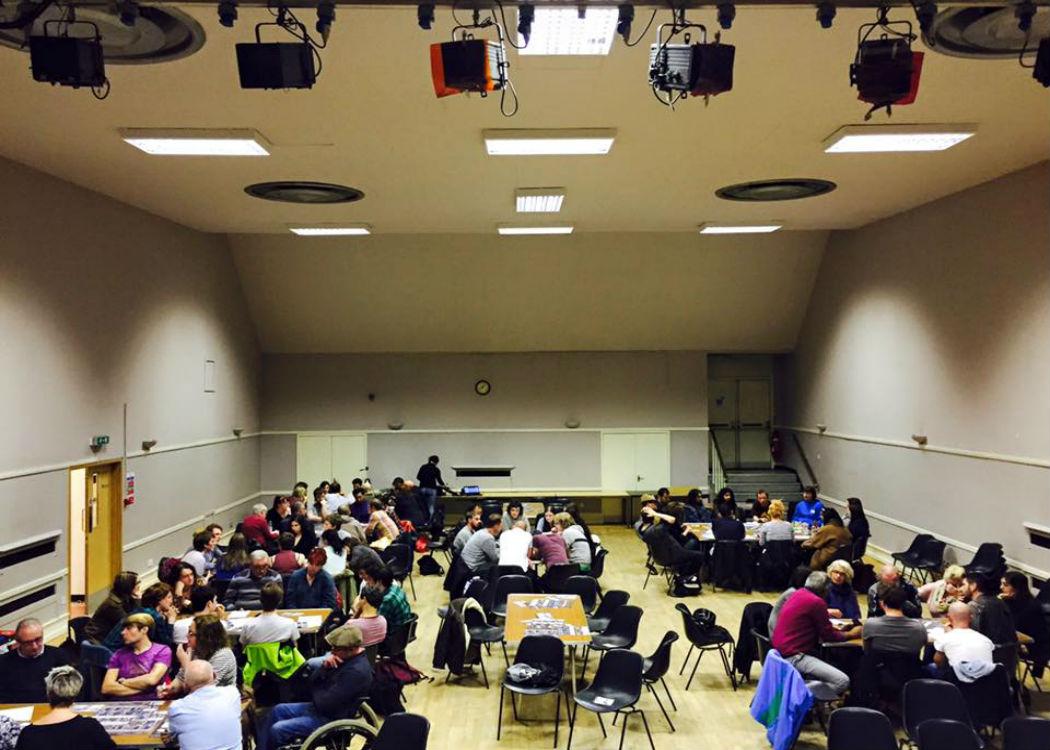 THE Scottish Left Project (SLP), a new socialist coalition which plans to stand candidates in the 2016 Scottish elections, has held one of its first participatory policy forums in Glasgow, as part of events across the country called the ‘Democracy Now tour’.

Around 60 individuals participated in the policy formation groups on a range of areas including public service provision, foreign policy and democratic reform. SLP organisers say it will help inform the development of the new coalition’s policy agenda.

Organisers told CommonSpace that over 30 such open policy meetings would be taking place across Scotland “from Galashiels to Inverness” in the ‘Democracy Now tour’.

Suggestions made by participants included de-militarisation of Scotland and the conversion of military infrastructure into public services, 50-50 gender representation in all levels of political representation and governance, full employment, stricter financial regulation and debt relief.

Christine Bird, who attended the meeting at Renfield Saint Stevens church, told CommonSpace that the participatory policy forum was a positive idea.

“There was a great discussion at our table because there were a lot of women from a lot of different backgrounds,” she said

Bird added that she had got involved in politics during the independence referendum: “I was involved in Radical independence and I’ve been looking for local events to get involved with and this was the first thing I came across.”

Bird said she hoped the process would rejuvenate the left: “To build a radical left in Scotland that is focused in communities and on the streets, that is a popular movement that people join.”

Stuart Graham, who participated in a recent strike by homelessness caseworkers in Glasgow, said that democracy was important to the Left.

“It’s the way of left meetings to have these discussion groups. I like that,” he said.

When asked why he felt the new anti-austerity, pro-independence project was necessary, he said: “The SNP are not anti-austerity they are just anti some bits of austerity.

“There isn’t a single left wing party I can pin my colours to the mast with. So I’m supporting the united left project, which will be standing candidates from various backgrounds.”

The Left Project’s launch conference is to be held in the Marriot Hotel on 29 August, the venue of the second Radical Independence Campaign’s second conference in September 2013where well over 1,000 people were in attendance. The coalition plans to stand on the list seat in constituencies across Scotland.

The Scottish Socialist Party voted to back the new coalition at a party conference in May.