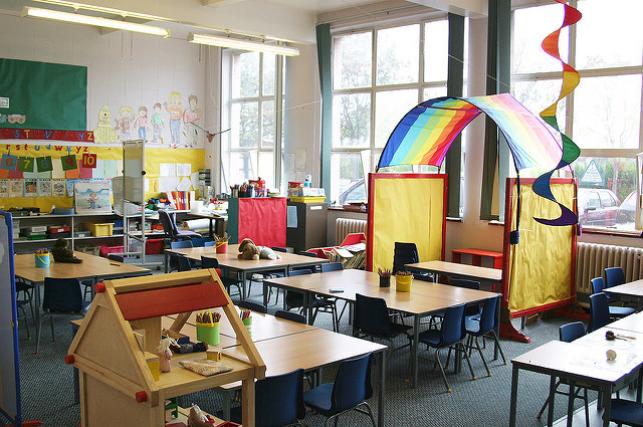 THE Scottish Liberal Democrats could back changes to the state school system which would see Catholic schools axed.

A motion put forward by party members to their autumn conference in Dunfermline is calling on the Scottish Government to remove religious belief as a “placing criteria” for those pupils attending state schools across Scotland.

Instead, activists want schools to have an optional “religion hour” to be taken either before or after the school day to enable pupils to practice their faith and receive instructions if they so wish.

A Scottish Liberal Democrat spokesperson told CommonSpace that they expect the motion to “generate a vigorous debate” at the conference on Saturday.

READ MORE: Majority of Scots (59%) polled on behalf of the Humanist Society express no religion

Those proposing the motion also want to “remove faith as a criteria for selecting or recommending teachers for employment or promotion” and to “remove the non-elected church positions from local authority education boards and replace with elected positions open to residents residing in the local authority”.

In Scotland, a vast majority of state schools are non-denominational, meaning they are not restricted to a particular religious denomination, a system pioneered by the Church of Scotland and other Protestant Churches in 1872.

However, it was only until the 1918 Education (Scotland) Act that Roman Catholic schools were allowed to be set up in the state system to ensure that there is a promotion of a Roman Catholic ethos in the school system.

There are 366 Catholic state schools out of 2,500 schools across Scotland.

A spokesperson for the Catholic Church said: “This deeply illiberal motion shows contempt for religious freedom and discriminates against parents who choose to send their children to Catholic schools.

“Strangely, whilst specifically targeting Catholics and Catholicism, a minority population in Scotland, the motion fails to use the word ‘Catholic’ at all.”

Gordon MacRae, Chief Executive of Humanist Society Scotland, said they have “campaigned for a number of years to remove unelected church representatives from education committees in Scotland.”

He continued: “The society believes the current system of religious institutions having more say in how schools are run than local parents and students must end.

“Previous case law proves that discrimination against teachers based on their faith, belief or non-religious outlook is fundamentally flawed with regard to equality and human rights law. Parents expect all schools in Scotland to employ and promote the best teachers for the role rather than base HR decisions on an applicants personal faith.”

“The current system of not allowing young people to opt-out of Religious Observance has likewise been highlighted by the United Nations and the Children and Young People’s commissioner as a breach of their rights to freedom of religion and belief.”

A Scottish Government spokesperson said: “Denominational or faith schools have been an integral part of the state sector for a century. We strongly support this choice and value the positive contribution made by denominational schools to Scottish education – helping create the successful learners, effective contributors, responsible citizens and confident individuals of the future.”

The Scottish Lib Dems Conference will take place on 8 September, and will also include motions on ending the use of public-private partnerships in Scottish public infrastructure projects and a new commission to look at teachers’ terms and conditions.

ENJOY READING COMMONSPACE? Get our daily newsletter so you can keep up-to-date