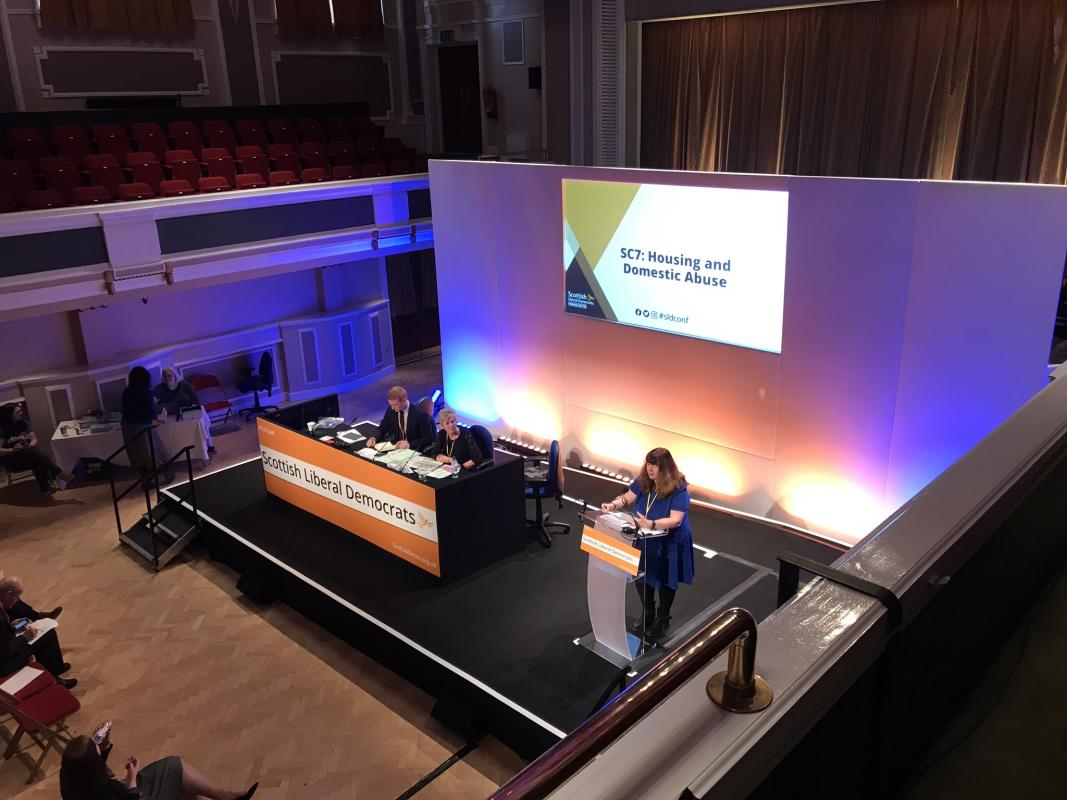 THE Scottish Liberal Democrats are calling on the Scottish Government to review legislation to make it easier to move domestic violence abusers out of the family home.

Those attending the spring conference in Hamilton supported a motion which called for all social landlords to have policies in place on domestic violence and help those who are a victims of domestic violence to not lose their tenancy or become homeless.

Caron Lindsay, Scottish Lib Dem housing spokesperson, said: “We call on the Scottish Government to do more to ensure that they have the right to stay in their own home if they wish to do so.

“If they do move, this should be done in a planned way. We recognise that the stationary homeless route is not appropriate for families who suffer from the effects of abuse.

“We call on housing associations and councils to do more to support people in this situation.”

According to the Council of Europe, between one in three and one in five women will experience domestic violence during their lifetime.

Across the UK, two women are killed by their partner or ex-partner every week.

Scottish Lib Dem member, Vita Zaporozcenko told the conference of her personal experience of being raised in a house with domestic abuse.

She said: “I have always wondered why my mum did not leave and I have come to the conclusion that she had simply no where else to go.”

READ MORE: Court process can “cause as much damage” for victims as domestic abuse, say women’s rights advocates

Zaporozcenko added: “I want you to support this motion because I don’t think anyone who has gone through this at whatever age can understand the emotional strain that this puts on the person or the people who have been abused and the fear of leaving. We should not be making it harder and by removing the perpetrator is the right way to do it.”

Specifically, the conference backed calls for the Matrimonial Homes Act – where abusers can be swiftly moved out of the family home – to be updated, claiming that it is not fit for purpose.

Alex Cole-Hamilton MSP told the conference how the rollout of Universal Credit has impacted on those who are victims of domestic abuse, saying the ending of split payments within the household was “a tool of coercive control” for men.

“Where abuse is a factor, household are four times more likely to lose [their home] because of rent arrears because of that payment going directly to the claimant rather than the landlord,” he added.

The conference is calling for the Scottish Government to introduce new national guidance that strengthens victim’s rights to stay in their home and all housing organisation are to be required to make information available on their website for staff and residents about national and local support service for those who experience domestic violence.

Also, the Scottish Lib Dems want to develop a new ‘Destitution Fund’ to allow victims who are unable to access other sources of help as recommended by the Scottish Parliament’s Equalities and Human Rights Committee in 2017.