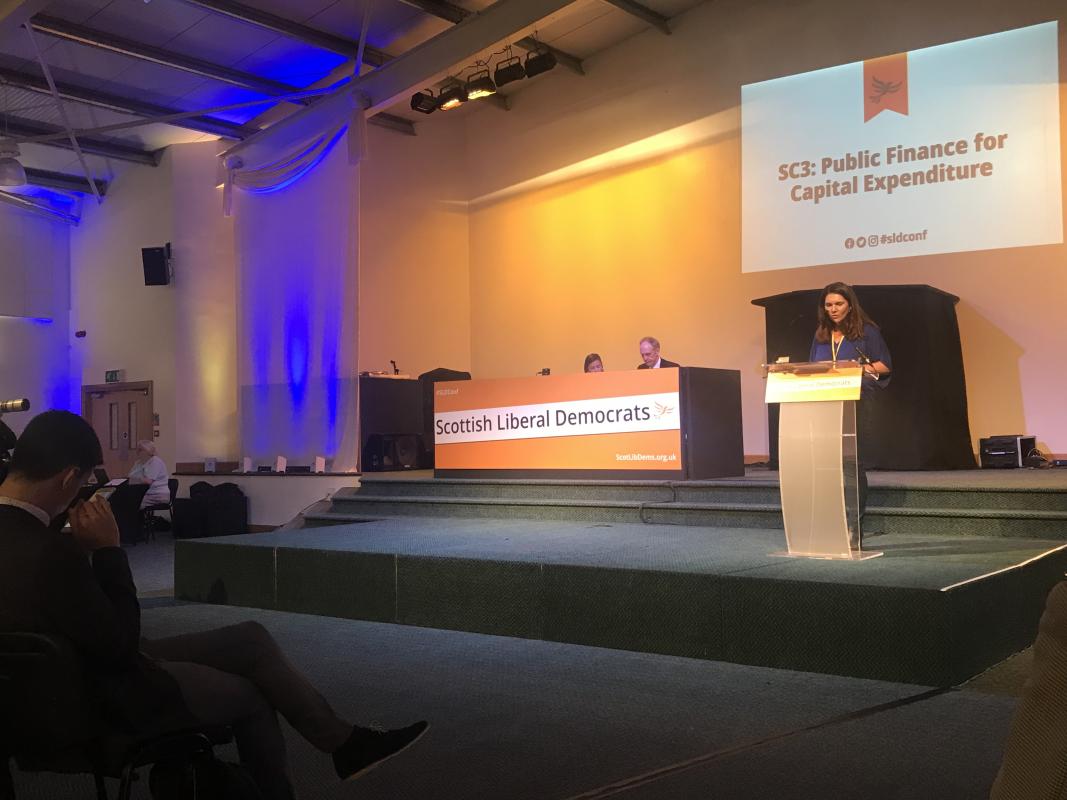 SCOTTISH LIBERAL Democrat activists have voted in favour of ending PFI/PP contracts for the building of schools, hospitals and other public infrastructure in Scotland.

At their autumn conference in Dunfermline today [8 September], delegates have raised concerns about the cost of infrastructure projects and how it will be passed onto future generations, as the legacy costs of PFI in Scotland passed the £1 billion per year mark for 2018/19.

The Lib Dems, who were in coalition government with Scottish Labour from 1999-2007 – the period all PFI contracts were signed under devolution before before the ending of the model in 2007 by the new minority SNP administration – now believe “that this is not a sustainable” funding model.

PFI was then replaced by the NPD/Hub model, which did not allow private companies to attain an equity stake in public infrastructure projects, but still maintained the basic model of ‘build now, pay later´ inherent in all public-private partnerships (PPP’s): private companies bear the upfront finance cost, which is then repaid by the Scottish Government in debt repayments which can amount to four or five times the original build cost. This has been widely criticised as costly to the taxpayer due to the fact that borrowing rates for private companies are significantly higher than the cost of state borrowing.

Delegates are calling on the Scottish Government to buy out existing PFI/PPP contracts where there is a significant cost saving to be made and use a “traditional borrowing” method instead and to cease all use of NPD contracts.

The motion also calls for greater transparency on the total cost of any infrastructure projects and “the rationale behind the finance model chosen for projects”.

Scottish Liberal Democrat activist, Yvonne Finlayson, who moved the motion, defended the logic of PFI, but said the costs had become too much for the public purse.

She said: “Whilst these PFI initiatives conceal public borrowing, they also benefit the private companies in that it would lead to load state guarantees for profits.

“One of the benefits of PFI was that the risk can be transferred to the private sector resulting in high private financing costs.

“They would reduce construction cost as the private sector was responsible for overruns, driving construction firms to stick to the budget.

“PFI was meant to improve operations efficiencies as SPV (Special Purpose Vehicle) was responsible for operating the asset thus incentivise to stabilise the long-term running cost.”

Finlayson added: “But is it really worth paying back a three to five times the original capital cost of the project?”

Conference heard how NPD backed hospital in Dumfries earned £166m in interest fees on top of the original capital cost of £230m.

Freedom of information request found that the NHS in Dumfries is paying 511 per cent interest rates for loans on the hospital.

Activists have noted that government would still be paying for some of those infrastructure projects when the building is in need of refurbishment or to be rebuilt.

They also noted “significant savings” “made elsewhere in the UK through buying out PFI contracts and the associated early repayment penalty”.

Conference also noted the financial impact of  failure from PFI and PPP providers, like construction company Carillon, which went into liquidation in January after its substantial financial troubles finally overwhelmed it, leaving government to pick up the tab for the live infrastructure projects and service provision which was uncompleted.

At the time, the UK’s second-largest construction company buckled under the weight of its enormous £1.5bn debt.

Carillon held many of the government contracts that include part build HS2 high-speed railway, a supplier of maintenance services to Network Rail and maintains 50,000 homes for the Ministry of Defence, as well as several live projects in Scotland, including the recently complete Aberdeen Western Peripheral Route.

Conference will hear from Scottish Liberal Democrat leader Willie Rennie, as well as motions on better terms and condition for teachers and faith schools.

ENJOY COMMONSPACE? Get our daily newsletter so you can keep up-to-date