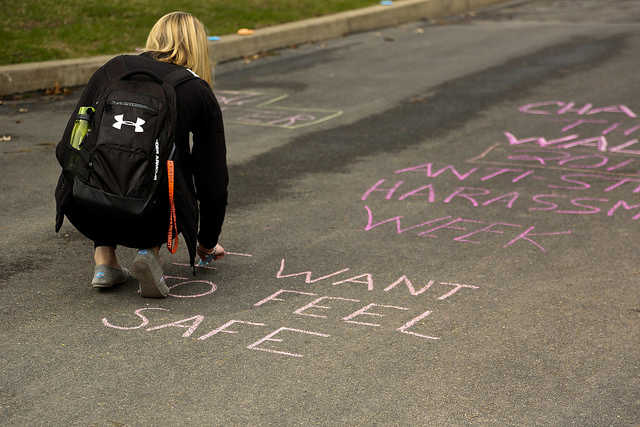 AN UPDATED VERSION of the Scottish ministerial code was published by the Scottish Government this week, which includes new sections on harassment, bullying and inappropriate behaviour, following complaints of a culture of harassment at both Holyrood and Westminster.

The changes have been made in line with similar updates to the UK Government’s ministerial code. Late last year, Mark McDonald resigned as early years and childcare minister for the Scottish Government and was later suspended from the party while an inquiry takes place following complaints over inappropriate conduct.

At Westminster, Michael Fallon resigned as defence secretary over sexual harassment complaints, and both parliaments were forced to review their policy on handling such complaints as public attention was drawn to the prevalence of the issue.

The changes have been made in line with similar updates to the UK Government’s ministerial code.

In a section added as part of the first update to the document since August, the Scottish ministerial code now states: “Ministers should be professional in all their dealings and treat all those with whom they come into contact with consideration and respect.

“Harassing, bullying or other inappropriate or discriminating behaviour, wherever it takes place, is not consistent with the ministerial code and will not be tolerated.”

A report published this week by the House of Commons UK working group on an independent complaints and grievance policy revealed plans – to be debated by MPs later this month – to introduce a non-party disciplinary procedure for MPs who have bullied or harassed staff.

The recommendations follow a survey conducted by the working group, set up in response to the increased awareness of the issue, which found that 39 per cent of MPs, peers and staff said they had experienced, witnessed or heard of bullying or harassment as part of their job – a figure which rose to 53 per cent among staff specifically.

The Scottish Parliament set up its own sexual harassment helpline in November, which The Herald reported had received nine calls by the middle of January. The Scottish code also includes a revised section on the need for ministers to report unplanned conversations relating to official business.

The Scottish code also includes a revised section on the need for ministers to report unplanned conversations relating to official business.

The section reads: “If ministers meet external organisations or individuals and find themselves discussing official business without an official present – for example at a party conference, social occasion or on holiday – any significant content (such as substantive issues relating to government decisions or contracts) should be passed back to their private offices as soon as possible after the event, who should arrange for the basic facts of such meetings to be recorded.”

Last month, a campaign was launched called ‘Get It Minuted’, encouraging greater transparency from the Scottish Government following concerns around a lack of available minutes of government meetings.

A Scottish Government spokesperson commented on the update: “The ministerial code has been updated to take into account revisions made to the new UK ministerial code, which includes guidance on standards of ministerial behaviour and the requirement for ministers to report meetings to private offices, including meetings overseas.

“The Scottish code already requires ministers to inform private offices about such meetings, but the changes ensure consistency with the UK code. In addition to the changes stemming from the UK revisions, a new section reflects the provisions of the Scottish Lobbying Act which will come in to force next month.”