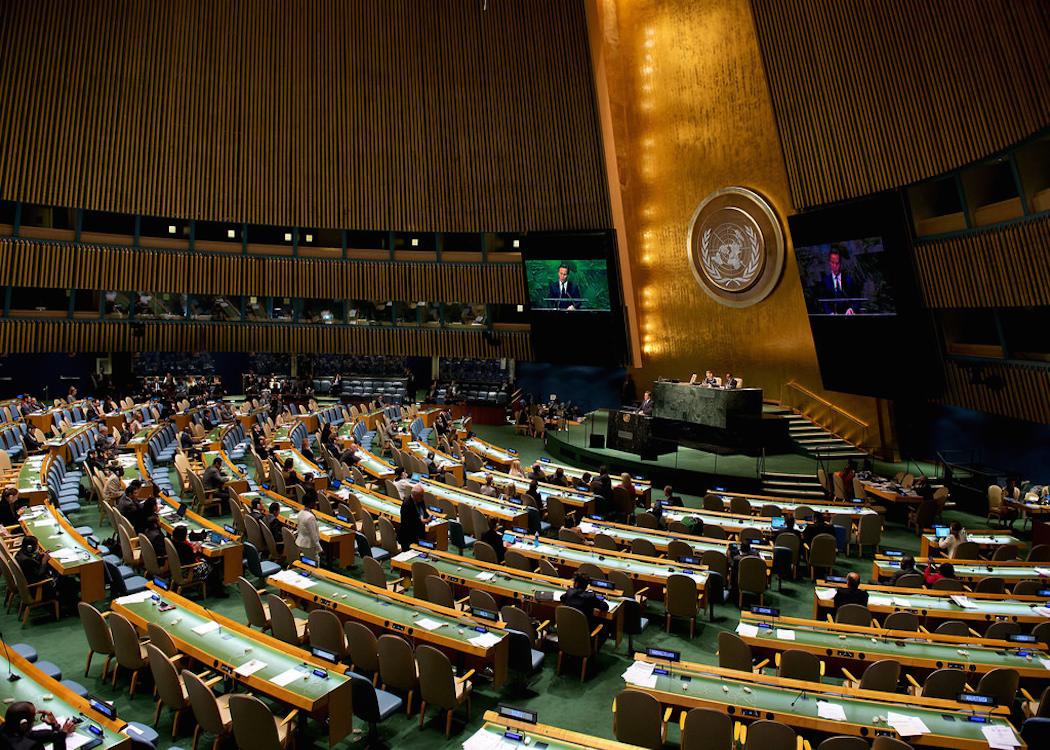 Dr Cameron, who qualified for attendance at the event as a member of Westminster’s international development committee, contributed to the historic conference focused on action against poverty, injustice and climate change.

However, the Scottish Government was barred from joining the delegation.

Over 150 world leaders were represented at the New York conference, as well as delegations from the 193 member states of the United Nations.

Dr. Cameron, commenting on the conference, said: “The global goals are vital to eradicating poverty and working towards equality and justice worldwide. They aspire to ‘leave no one behind’ and it will be particularly important to ensure that marginalised groups such as adults and children with disability benefit from aid funding and programmes in terms of achieving their full potential”

“While a great deal has been achieved in recent years much more needs to be done if the ambition to eradicate global poverty and inequality is ever to be fully realised. Despite the progress made internationally many of the poorest and the most vulnerable are still being left behind, with 1 billion people still living on less than 82 pence a day and some 800 million living in extreme poverty and deprivation without even enough food to sustain them.

“This summit presents the world with a real chance to update the millennium development goals (MDG) and adopt new goals for sustainable development that better reflect the broader integrated and interlinked approach required over the next 15 years. This has to include a clear focus on the root causes of poverty, including the impact of gender inequality, human rights abuses, and wider economic development.”

Yousaf had stated ahead of the conference that it was a “disgrace that the Tories have frozen Scotland out of these crucial UN talks on tackling global poverty”.