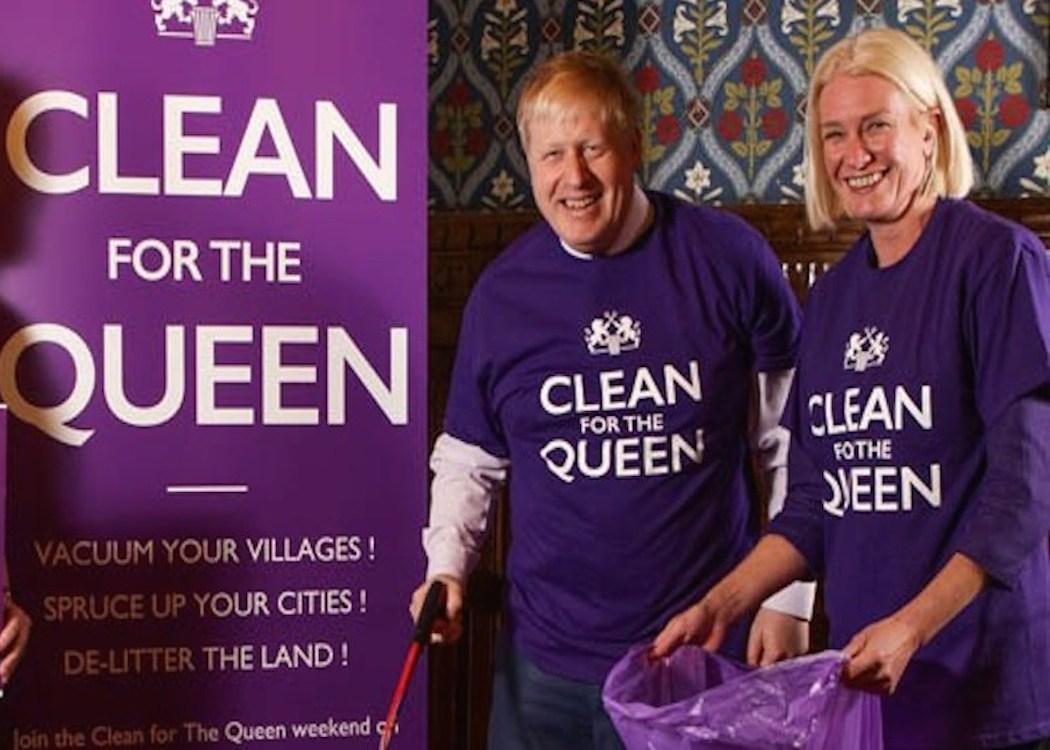 A UK GOVERNMENT campaign to pick up litter in honour of the Queen is rubbish, judging by the lack of support from Scotland’s MPs.

The parliamentary launch of the ‘Clean for the Queen’ celebrations was attended by over 70 MPs at Westminster this week, but the event was a no-show for those with Scottish constituencies.

Prime Minister David Cameron wants the country to spend the weekend of 4-6 March picking up waste and “looking fit for a Queen” to celebrate the monarch’s 90th birthday. The campaign’s website mourns that Britain has become a more messy place since “her majesty” came to the throne in 1952.

The campaign listed dozens of Tory and Labour MPs supporting the campaign – but confirmed to CommonSpace that “there weren’t any” MPs from Scotland at the launch.

An anonymous survey of MSP s at Holyrood, conducted by The Herald last December, found that 80 per cent of responses supported a Republic.

The majority of ‘Clean for the Queen’ events will take place in the south of England, with the only event in Scotland’s biggest city currently planned in a McDonalds – who are sponsoring the event.

Cleaning up rubbish for the Queen is also sponsored by Greggs the bakery, Costa Coffee and KFC.

Previously, when Cameron called for Royal Wedding street parties, thousands of people in Glasgow took the opportunity to hold an open air rave in Kelvingrove Park. The party was shutdown by police.

Picture courtesy of Clean For The Queen