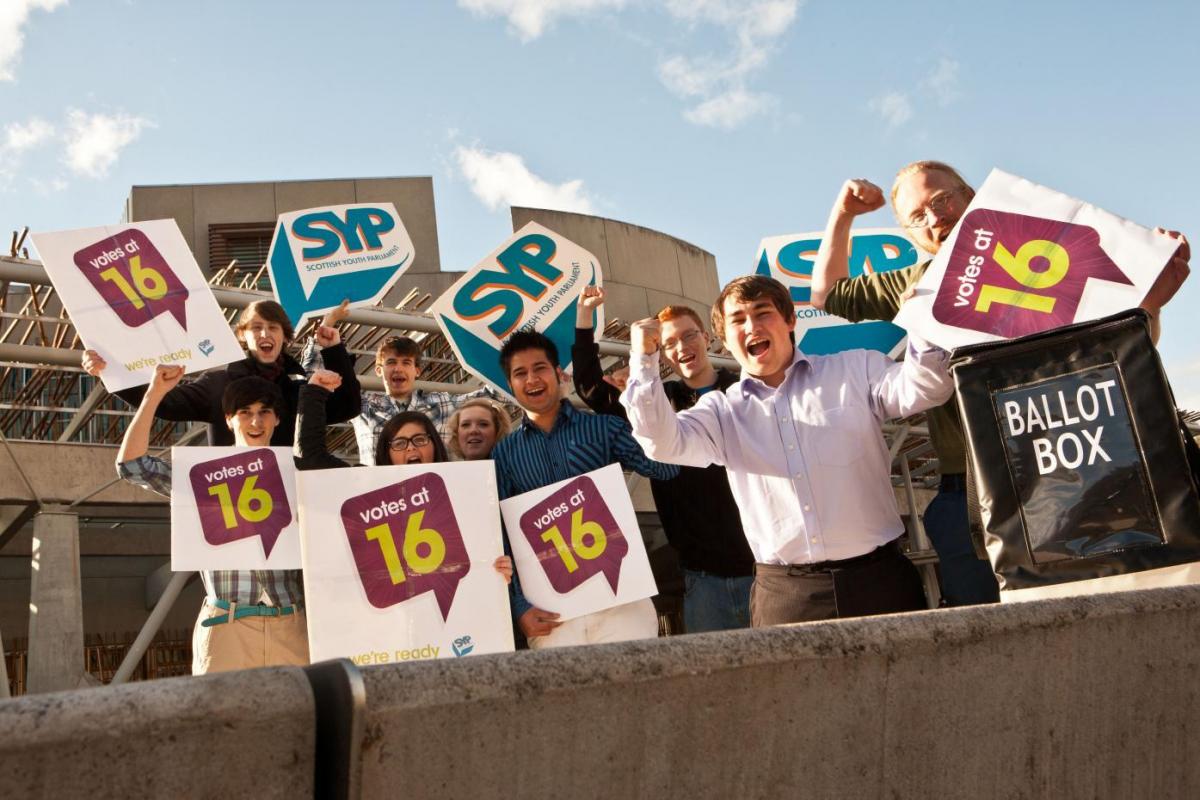 A lower voting age will encourage greater participation in politics, according to campaign supporters

THE DEVOLUTION COMMITTEE has backed government plans to reduce the age to vote in next year’s Scottish elections and called on Education Scotland to update its guidance for politics in schools.

The committee was considering the Scottish Election (Reduction of Voting Age) Bill, which seeks to change the law on before before next year’s election in May.

Following evidence from campaign groups and researchers, the committee supported the general principles of the bill. This means the bill progresses to the Scottish Parliament for a full debate and further votes.

The committee also recommended that further work is done by education and council authorities to improve political discussion in schools.

The report stated that “more should be done by Education Scotland, local authorities and the Electoral Commission to ensure that all local authorities across Scotland and the relevant education bodies are best supporting the discussion of election issues in schools and colleges”.

Therefore the committee recommended “that Education Scotland should review and update its guidance in order to ensure consistency in this area [of political education], in the context of the extension of the franchise to a much larger number of school pupils, including the types of activities that can be permitted in schools as best practice, during any periods of ‘purdah’. Such guidance should be communicated to all local authorities and all schools.”

The first time 16 and 17 year olds voted in a Scottish election was the referendum on Scottish independence in 2014.

Politicians commended authorities and schools that permitted open debates, allowing both campaigns to make their case. However, some authorities banned political debates on campus.

Dr Jan Eichhorn of Edinburgh University gave evidence to the committee and concluded that the referendum had improved political participation among young people in Scotland.

“While 63 per cent of 18-19 year olds in Scotland say they were certain to vote in the General Election, only 27 per cent of their English peers say the same. In no other age group is the gap as substantial, suggesting that in particular the youngest age group (who were 16-17 at some point during the two-year referendum campaign) saw a substantial change,” he said.