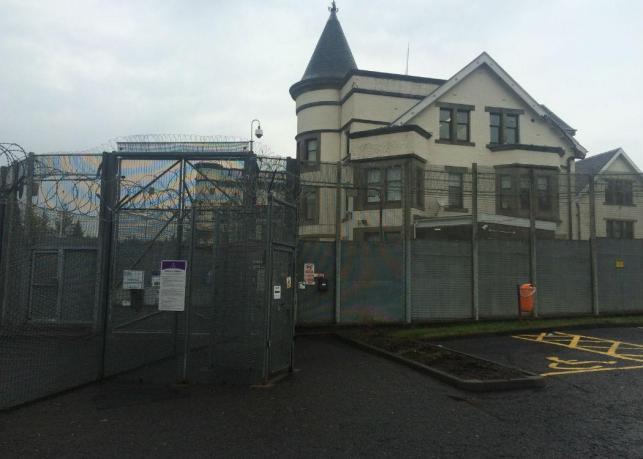 SCOTLAND must “maximise all the opportunities we can get” to protect people subject to immigration law, due to the Home Office’s poor record in assessing vulnerability, a representative of the Scottish Refugee Council has told MSPs.

This follows a new report by HM Chief Inspector of Prisons, which revealed that dozens of torture victims detained in the infamous Dungavel House in South Lanarkshire have been refused release, despite reports submitted by doctors to the Home Office warning over the mental health of these detainees.

Despite the institution of ‘Rule 35’, which was designed by the Home Office to protect vulnerable people in detention and allow for their release if concerns were expressed by a doctor, the report states that of 49 ‘Rule 35’ reports produced at the detention centre over the previous six months, only 13 of these were released.

The HMCIP report said: “In most of the cases we examined in detail, the Home Office replies accepted evidence of torture but did not consider this sufficient to justify release from detention.”

Ahead of today’s meeting, sub-committee convener and Green MSP John Finnie commented: “We welcome police efforts to positively engage with minority groups, and to show Scotland as a welcoming place.

“However, this session is an opportunity for MSPs to consider whether that good work is being undermined by current practices around immigration enforcement.”

After it was noted by Finnie at the outset of the meeting that the Home Office have “done us the discourtesy” of not responding to the sub-committee’s inquiries, evidence was provided by O’Neill on behalf of the SRC, Chief Superintendent John McKenzie and Sergeant Graeme Stirling of Police Scotland.

“There are people that have vulnerabilities, particularly around mental health issues, that really should not be put into immigration detention in the first place.” Scottish Refugee Council policy officer Graham O’Neill

Through his work with the SRC, O’Neill said: “One of the things we have picked up is that people have very low awareness of their rights, often have mental health issues, and often these stem or are aggravated by that insecure immigration status that they have.”

Regarding the UK Government’s ‘hostile environment’ policy, O’Neill said there has been a “real, exponential growth” in the number of actions within immigration law that have been defined as crimes, which will affect Police Scotland’s practice.

There has been a rapid growth in the criminal sanctions regime, such as restrictions placed upon landlords renting property to those with insecure immigration status. While this is not yet in effect in Scotland, it has been instituted in England, and can be seen as an example of the “growth of criminal activities into immigration law.”

O’Neill continued: “The Home Office are not very good at assessing vulnerability.”

“There are people that have vulnerabilities, particularly around mental health issues, that really should not be put into immigration detention in the first place.

“We see far too often that that is the case, and that is what concerns us in relation to the Home Office making these kind of life-changing, far-reaching adverse decisions affecting people’s liberty, who really shouldn’t be put into incarceration at all, because they haven’t actually committed any serious crimes.”

During the use of Police Scotland custodial facilities in detaining or transporting those subject to immigration law, O’Neill continued, there will be a “really important opportunity” to check whether those detained by the Home Office should be detained in the first place.

Scotland must “maximise all the opportunities we can get” to make sure that those subject to far-reaching immigration powers are being treated appropriately and justly, O’Neill said.

“One of the things that we [the SRC] would like to see in the coming years, in relation to this particularly vulnerable group of persons that are subject of immigration powers, is that there’s a multi-agency process that involves Scottish statutory and – to the extent that it’s appropriate – Scottish third sector bodies.”

O’Neill also noted that if and when the UK leaves the EU, there will be more people with an insecure immigration status; this was not a political point, he added, but a “statement of immigration fact.”

That being the case, there’s a higher risk of insecure immigration status affecting a higher number of people.

Chief Superintendent McKenzie emphasised that Police Scotland abides by “exactly the same standard” as the Home Office in judging the vulnerability of those subject to immigration law, citing the 21-question vulnerability assessment applied to anyone who comes through Police Scotland custody.