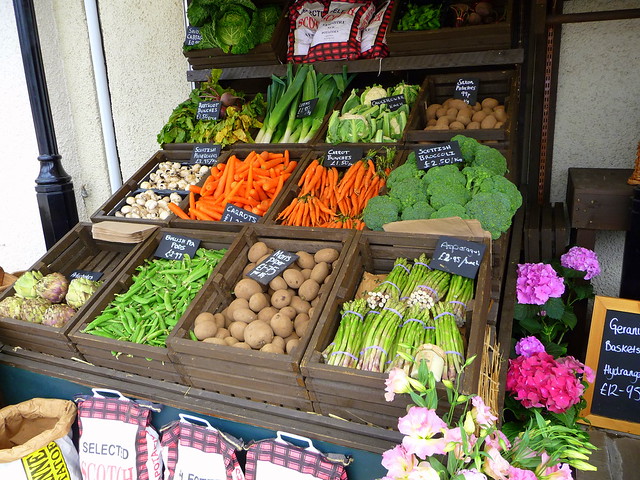 A PETITION has been lodged at the Scottish Parliament for a “Human Right to Adequate Food”, in an attempt to resurrect plans for the right to food to be put on a legal footing in Scotland.

The petition, which can be signed online until 22 August,  was submitted by Nourish Scotland director Peter Ritchie on behalf of the Scottish Food Coalition, which includes a wide-range of civic society organisations including Citizens Advice Scotland and Unison Scotland. It is expected to debated by Holyrood’s Petitions Committee, which gives recommendations to government for action.

A Good Food Nation Bill with the Right to Food as part of it was expected for the 2018 Programme for Government, but Cabinet Secretary for the Rural Economy Fergus Ewing scaled back the plans to a Good Food programme, and launched a new public consultation on Good Food legislation, which finished earlier this year.

Asked about the Bill prior to the Programme for Government in September last year, Ewing said: “There’s already a lot going on across the Scottish Government that contributes to our Good Food Nation objectives”

At the time of the decision, the Scottish Food Coalition, which had pushed for the Bill, said it was “disappointed that the ambition for what it means to be a Good Food Nation seems to have diminished”.

The SNP’s 2016 election manifesto stated: “We will bring forward a Good Food Nation Bill to draw together all aspects of the Scottish Government’s work on food and drink – including food standards, public procurement and food waste.”

In making the case for the petition, Ritchie stated: “The Government should deliver on its manifesto commitment to bring forward a framework Bill based on the right to food. It will be effective, popular and world-leading.  The Scottish Food Coalition and communities across Scotland are ready and waiting to help the Scottish Parliament and the Scottish Government deliver it.”

The right to adequate food exists in international law, but it currently has no protection under Scots Law.

In December 2018, the First Minister’s Advisory Group on Human Rights Leadership recommended that primary legislation be brought forward for the right to food.

A report earlier this year by A Menu for Change found that half a million emergency food parcels were delivered across Scotland between April 2017-September 2018, more than previously thought.

Commenting on the petition launch, Stephanie Mander, Policy & Campaigns Officer at Nourish Scotland, said: “Access to nutritious food is a fundamental human right – but we are not realising this right in Scotland. Evidence of food insecurity, diet-related illness and ecological damage is increasingly damning.

“We need to put the right to food into Scottish law, so that the Scottish Government takes action to enable universal access to high quality, nutritious food that is produced in a way that is fair to people, animals and the environment.

Robin Mcalpine, director of the Common Weal think-tank, which is also a member of the Scottish Food Coalition, said: “There aren’t many policies where the public demand for action seems more divorced from current public policy. People want to escape the overly-processed factory food industry that dominates for a healthier and tastier food system where they can get access to healthy, quality local produce. But public policy still treats food as if it is mainly a profit-making activity.

“Unless we take the steps to change the food system we will be stuck with the social and health impacts of an unhealthy diet. That’s why we need real action now.”