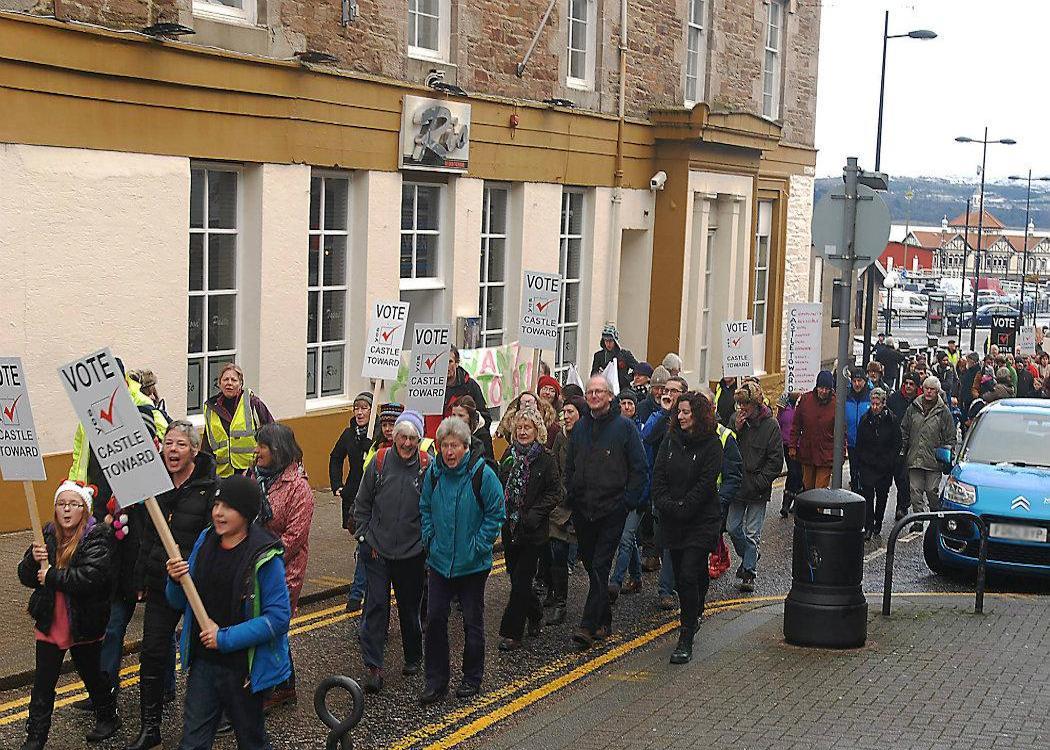 THE MOVEMENT FOR LAND REFORM awaits a historic vote in parliament today [Wednesday 16 March] over the final contents of the government’s Land Reform Bill.

Nine months of determined campaigning from activists and MSPs has pushed the government to strengthen the bill – which continues to face criticism for not going far enough to tackle unequal land ownership.

The mammoth debate, which will dominate the day’s parliamentary business, follows revelations that Richard Scott, Duke of Buccleuch and the UK’s largest landowner with 240,000 acres, uses a Cayman Islands tax haven to own and sell land in Scotland .

Petition group 38 degrees, the Scottish Green Party and Global Justice Now are all pushing for a last minute improvement to the legislation to tackle the definition of ownership transparency.

“If land reform is to be really radical here in Scotland then land, and the decisions about what happens to it, must be put into the hands of the many not the few.” Liz Murray, Global Justice Now

Andy Wightman, land reform spokesperson for the Scottish Greens and MSP candidate for Lothian, said: “The corporate affairs of the Buccleuch Group I [revealed] underline the need for bold land reform legislation. The SNP have been timid on this issue and I am proud that Green colleagues in parliament will continue to push to strengthen the Bill. Scottish land should not be owned by companies using tax havens.

“On derelict land, ministers, pressed by Greens, have admitted this can be brought into the valuation system now but by enshrining this point in legislation we can hold them to their word.

“On the hugely complex issue of farming tenancies, my colleague Alison Johnstone’s amendment would ensure ministers have a timescale for action as the continuing uncertainty for tenant farmers is unacceptable.”

The long campaign for land reform won key concessions from the government on transparency and tenant farming right to buy. A political consensus has also emerged that the current proposals do not go far enough and more action will be required on land reform in the next parliament.

50 per cent of private land in Scotland is owned by just 432 interests. This is unlikely to change as a result of the bill.

Liz Murray, director of Global Justice Now, added: “Land means power. And the concentration of land ownership means the concentration of power. If land reform is to be really radical here in Scotland then land, and the decisions about what happens to it, must be put into the hands of the many not the few.

Regarding the 750,000 acres of Scottish land in tax havens, Murray said the bill was not strong enough: “As it stands, it lacks vital measures to make land ownership more transparent and to clamp down on the use of tax havens. But there’s still time for it to be amended to include this.”

The final vote on the bill is expected around 7.30pm today [Wednesday 16 March].