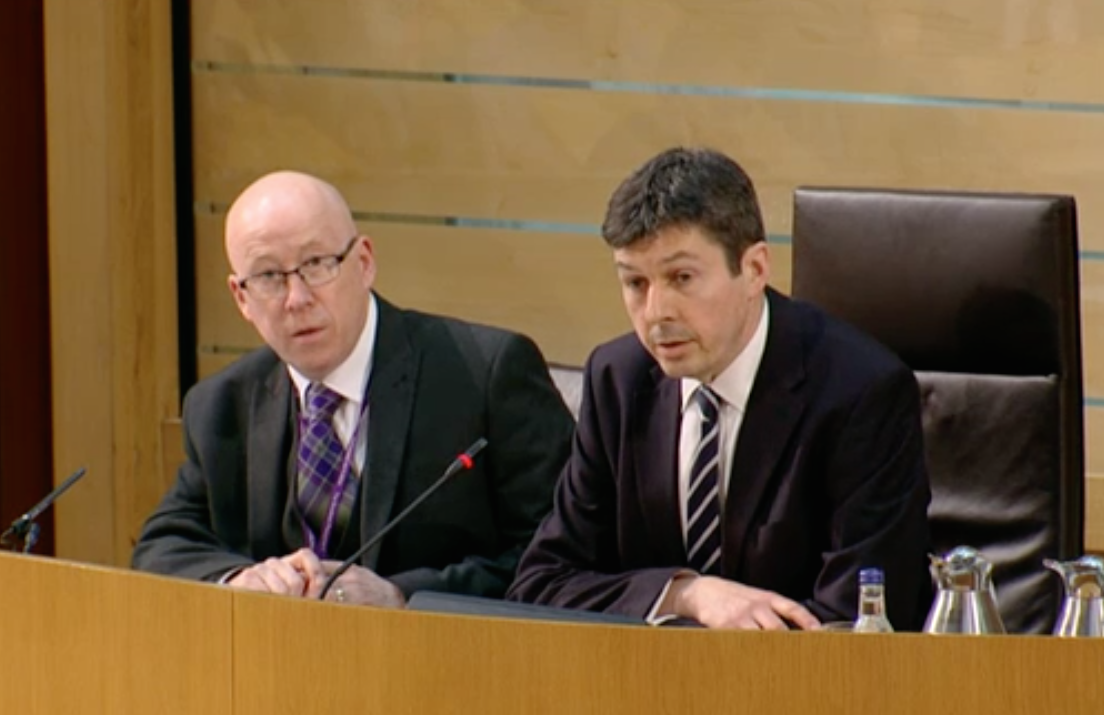 Debate suspended at Holyrood Parliament in solidarity with colleagues in London

THE SCOTTISH PARLIAMENT HAS BEEN SUSPENDED after a reported terrorist attack at the Houses of Parliament and Westminster bridge.

The debate on ‘Scotland’s Choice’, scheduled to conclude with a vote this evening, has now been suspended in solidarity with those impacted by the developing events in London.

Presiding Officer Ken Macintosh told the chamber: “I’m also aware – and business managers and I have discussed this – that the fact our sister parliament has had a serious incident is effecting this particular debate, and is effecting the contribution of members. So it is for that reason that we are deciding to suspend this sitting.”

Scottish Parliament suspend debate on independence because Westminster attack was “affecting the debate and the contribution of members” pic.twitter.com/RogxtyUUmE

Deputy presiding officer Linda Fabiani said that “some things are much bigger than day to day politics” and that there was a need to express solidarity with the developing situation in London.

The atmosphere at Holyrood, originally energised over the crucial debate on the country’s national future, quickly turned somber and concerned as online reports from on the ground at Westminster began to come through to MSPs in the chamber.

While it was at first decided to continue until the circumstances of what was happening was clear, the debate was then suspended. Security at the parliament has also been strengthened.