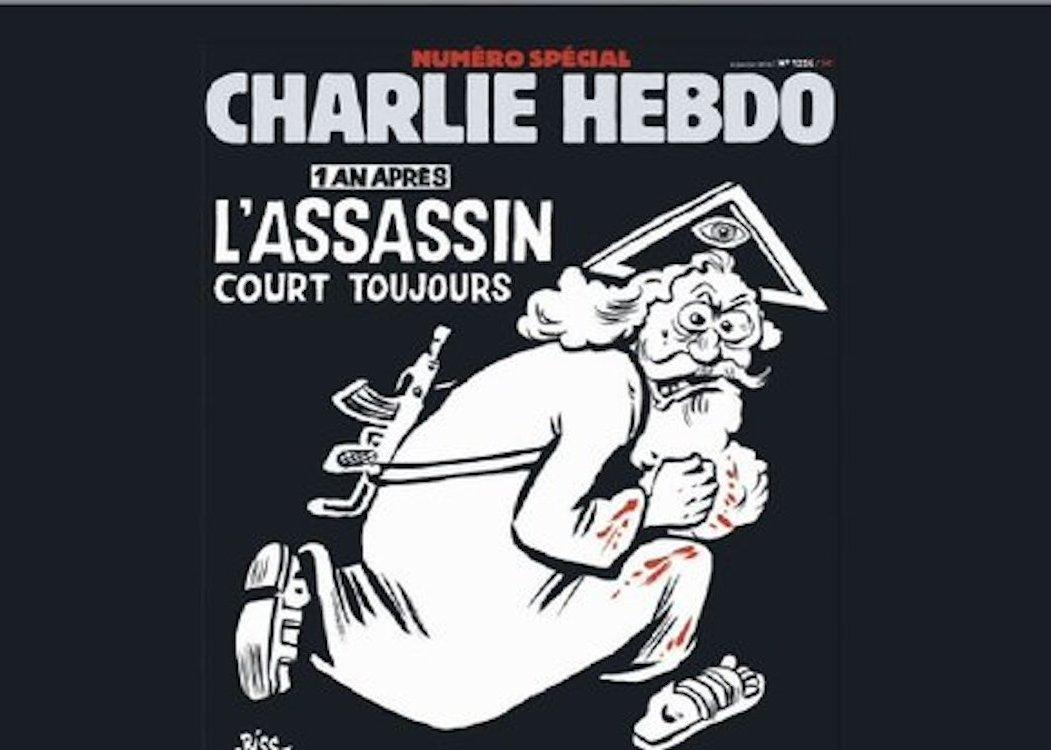 MSPS WILL speak out in favour of freedom of expression today [Thursday 7 January] in a parliamentary debate marking exactly a year since the massacre of Parisian journalists at the magazine Charlie Hebdo.

The event, led by French MSP Christian Allard, aims to reinforce support for the principles of free speech and the right “to be outrageous, to mock and to challenge us all.”

The parliament will also host a discussion with Terry Anderson , a board member of Cartoonists Rights Network International and a civil liberties campaigner.

On 7 January 2015 gunmen broke into the offices of Charlie Hebdo with the intention to massacre its journalists following the magazine’s critical depictions of the prophet Muhammad, who is revered by followers of Islam.

“The tragic attack on Charlie Hebdo was not just an attack on one magazine. It was an attack on the principle of free speech.” Christian Allard MSP

12 people were killed in the single attack which led to an unprecedented show of solidarity as millions of people took to the streets of Paris and across the world.

Commenting on the debate, Allard said: “The tragic attack on Charlie Hebdo was not just an attack on one magazine. It was an attack on the principle of free speech.

“Charlie Hebdo has responded to this attack in the best possible way – to keep on doing what they were doing before. To be outrageous, to mock and to challenge us all. The right to free speech is an essential part of our society. An attack on our journalists and on our cartoonists is an attack on us all.

“One year on, let us make sure that we continue to respond to terrorism by valuing and embracing freedom of speech and our right to disagree. Rather than January 7th solely being an anniversary of terrorism we should celebrate it as Cartoonist’s Day.”

Following the attack rallies were organised outside the French consulate in Edinburgh, with a further march held in the centre of Glasgow.

Although newspapers across mainland Europe republished copies of the ‘offensive’ Charlie Hebdo cartoons, no UK paper did so – with fears of further intimidation cited as a cause.

The hashtag #JeSuisCharlie trended worldwide as the event prompted a debate on the significance of freedom of speech, violence, and racism.

Terry Anderson, speaking ahead of the event, added: “Among the dead at Charlie Hebdo’s offices were five of France’s most well-known cartoonists. The Francophonic world cherishes and celebrates cartooning in a way quite unlike our own and this is undoubtedly part of the reason why the #JeSuisCharlie phenomenon unfolded.

“However had the atrocity not taken place 2015 would still have been one of, if not the worst year for persecution of cartoonists; colleagues in Algeria, China, Ecuador, Iran, Malaysia, Palestine, Syria, Thailand and Turkey as well as France were variously harassed, threatened, prosecuted, fined and imprisoned for no greater misdeed than making satirical drawings.

“Twelve months on from the Charlie Hebdo killings they remain the most spectacular and bloody attack directed at our profession, sitting apart from a wider and more pernicious trend that is none the less a clear threat to freedom of expression.

“It is appropriate that the Scottish Parliament take time to reflect upon these issues and I am pleased to accept Mr Allard’s kind invitation to participate.”

Following the attack CommonSpace organised a public debate alongside the National Union of Journalists , where fears were expressed over the threat of violent extremism to an open society.

Although newspapers across mainland Europe republished copies of the ‘offensive’ Charlie Hebdo cartoons, no UK paper did so – with fears of further intimidation cited as a cause.

Criticism has been levied at the Scottish Government that its Offensive Behaviour at Football Act – which has seen arrests for singing of songs and crack downs on political protest – as an infringement of free speech.

There have also been call to reform the law of defamation in Scotland, which regulates the ability to sue publishers for what they say about a person’s character.