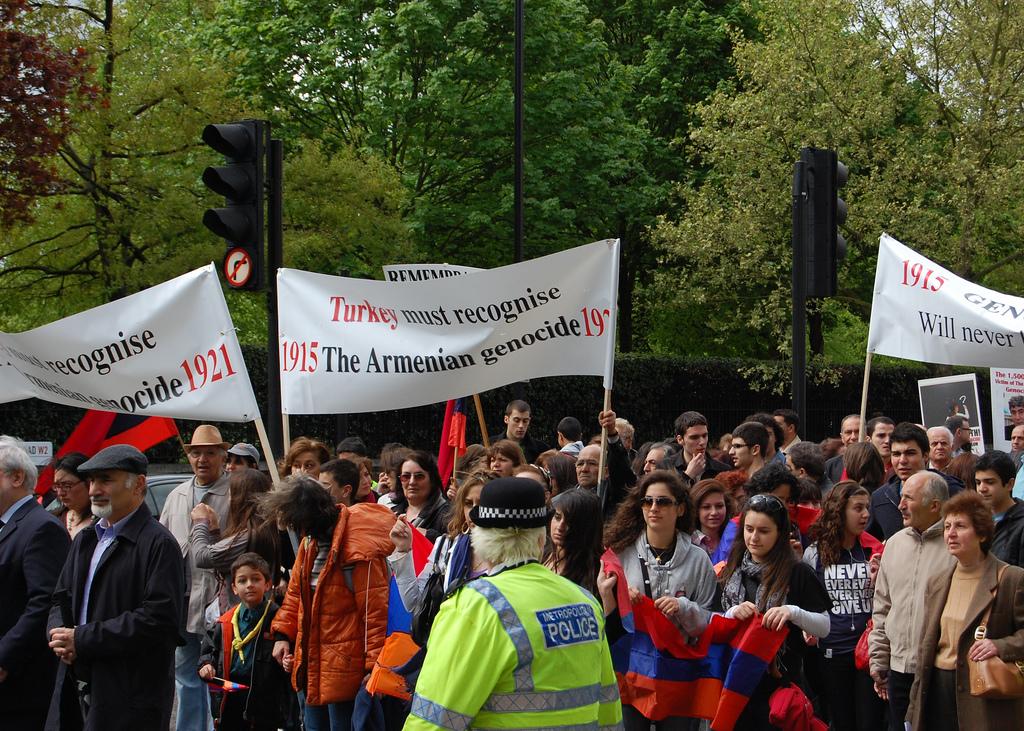 A DEBATE will take place in the Scottish Parliament on Tuesday to mark the centenary of the 1915 Armenian Genocide, when 1.5 million Armenians were killed by the Ottoman Empire during the First World War.

The issue is controversial, as the Turkish government denies that a genocide took place and contests the number of Armenians killed, but many prominent historians and countries around the world consider it to have been a genocide.

Earlier this month, Turkey’s ambassador in the Vatican was re-called to Ankara after Pope Francis described the mass killings of Armenians as “genocide” in a speech.

“Concealing or denying evil is like allowing a wound to keep bleeding without bandaging it,” the Pope added.

Scotland (as well as Wales and Northern Ireland) formally recognises the Armenian genocide, but the UK government does not, saying that while it condemns the massacres it did not find that it qualified under the 1948 UN Convention on Genocide.

John Mason, SNP MSP, has proposed the motion to the Scottish Parliament, which “notes with sadness the 100th anniversary of the 1915 Armenian Genocide” and “understands that some groups, including the Turkish state, deny that the Armenian Genocide took place, and hopes that such human intolerance will not bring about similar suffering again”.

An amendment has been lodged from Bill Kidd, SNP MSP, which seeks to insert at the end of the motion that “the circumstances of empire that pertained in Europe in the early decades of the twentieth century tragically saw many millions of citizens die across all national borders, and believes that the actions of the ruling Ottoman Empire of that time, as with the actions of the other imperial powers, do not reflect on today’s Turkish citizens and the elected government of modern-day Turkey”.

The motion and amendment has support from MSPs on all sides of the chamber.

24 April is the day of official recognition of the Armenian Genocide, as it was the day Armenian intellectuals were arrested by Ottoman forces and therefore considered to be the first escalation, ultimately followed the genocide.

Armenia has its own territory today, but the place where the genocide took place is part of modern day Turkey and is considered the Armenians’ historic homeland.

The genocide is one of the first cases of modern-day mass extermination, and is sometimes called the Armenian holocaust. The word genocide, coined by law professor Raphael Lemkin, was inspired by the Armenian killings.

Foreign powers were aware that mass killings were taking place, with regular reports in the New York Times, but did little to intervene. US President Theodore Roosevelt said at the end of the First World War that it was “the greatest crime of the war”.

In 2010, Turkish President Recep Tayyip Erdogan said that he may deport 100,000 Armenian immigrants back to Armenia, despite the fact that the real figure for Armenians living unlawfully in Turkey is estimated to be 12-13,000.

He said: “If necessary, I may have to tell these 100,000 to go back to their country because they are not my citizens. I don’t have to keep them in my country.”

The Armenian Prime Minister Tigran Sargsyan said that the threat reminded Armenians of the Armenian Genocide and does not improve relations between the two countries.

The reading begins at 6pm at the University of Strathclyde, click here for further information.