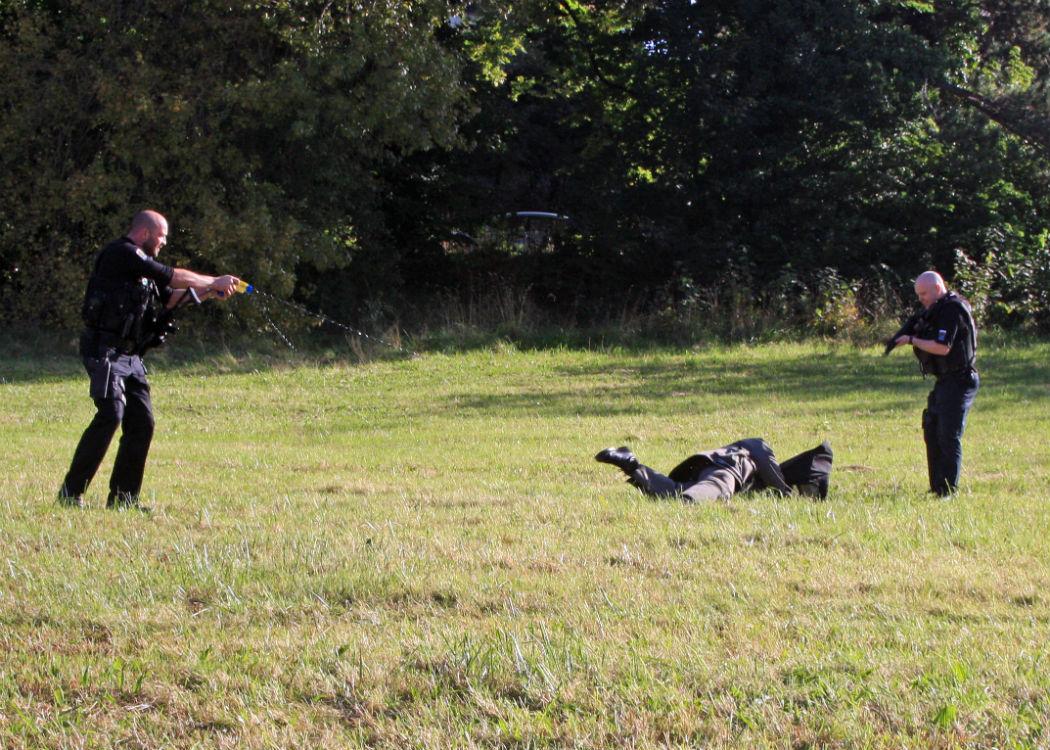 Measures necessary because of “far too high” levels of attacks on officers, says police union

THE Scottish police federation has called for every police car in Scotland to be equipped with tasers, citing concerns over the number of incidents of assaults on police officers.

The police union claimed that there are around 5,500 incidents of assaults on officers every year.

Quoted in The Scotsman Brian Docherty, chairman of the Scottish Police Federation said: “The levels of assaults on police officers are far too high. Too often charges of assaulting the police are dropped or plea bargained away. The sentences passed are clearly not acting as a deterrent.

“Over the years we have introduced improved handcuffs, batons and CS spray. Beyond that we would like to see the wider deployment of tasers so that they are kept in every operational police vehicle,” he added.

Tasers are promoted as a non-lethal weapon which can cause pain and momentary disability by firing electrified pins. However their use has been linked to a number of deaths and serious injuries around the world, including the death of 23 year old Jordan Begley in July 2015 in Manchester.

“Taser Conducted Energy Devices are presently issued to trained authorised firearms officers and there are no plans to expand at this time,” she added