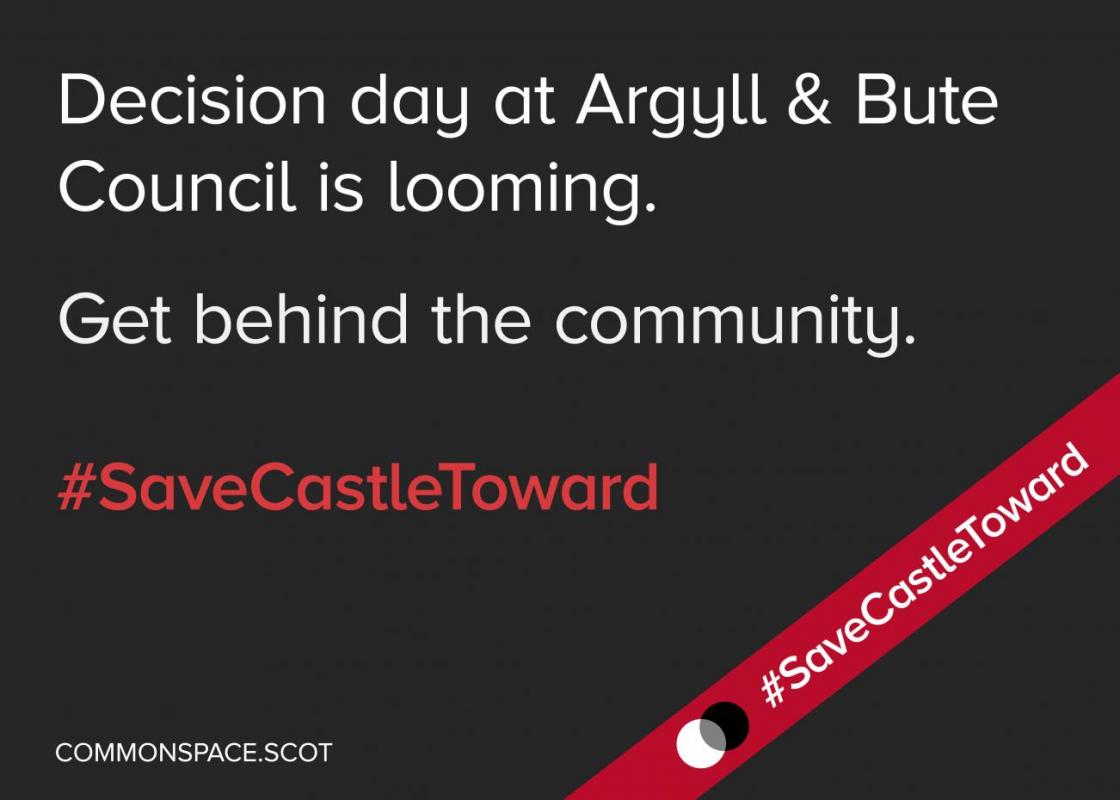 Community ownership is crucial for communities across Scotland

NATIONAL leaders of three Scottish political parties have backed the campaign to save the Castle Toward estate.

Today, in response to the CommonSpace campaign on Castle Toward (click here to read more), two further party leaders have followed suit.

“We should be making sure that decisions about how services are managed are made by the people most closely connected with them, and community ownership is the best way of doing that.” – Patrick Harvie

Patrick Harvie MSP, co-convenor of the Scottish Greens, told CommonSpace: “I think one of the best things we can do when it comes to housing, energy, financial services and a whole host of sectors of the economy is to have much greater community ownership.”

“We should be making sure that decisions about how services are managed are made by the people most closely connected with them, and community ownership is the best way of doing that.”

Willie Rennie MSP, leader of the Liberal Democrats in Scotland, said: “It’s wonderful to see a community coming together to buy an important local asset, and I give it my 100 per cent support along with local MP Alan Reid.”

Jamie McGrigor, who is a Conservative MSP for the Highlands, added: “This is costing the council a fortune – so it would make sense for this bid to succeed.”

“I give it my 100 per cent support along with local MP Alan Reid.” – Willie Rennie

The bid now has the support of the local community, Highlands and Islands Enterprise, the Scottish Government, the local MP and MSP and 13 councillors, as well as over 10,000 individual supporters from across Scotland.

While the bid has struggled in the face of council bureaucracy, Alan Stewart, director of the South Cowal Community Development Company has expressed hope that their experience will encourage nationwide change.

In a letter to councillors, Stewart commented: “We sincerely hope that if we cannot convince you, our represented councillors that you should agree to the PS850k purchase price for the estate, then these changes in legislation [through the Community Empowerment Bill] should hopefully prevent other equally viable, community projects from being blocked by the very group who their communities voted in and who should be encouraging them.”

First Minister Nicola Sturgeon signalled her support for the community buyout in the Scottish Parliament last week: “There’s no doubt that the community in South Cowal is highly supportive of the buyout and the potential that it has to create new jobs.”

Sturgeon continued, “I would encourage the council to negotiate constructively with the community body and use the extension now agreed to come to a solution that would secure the future of this very important community asset.”

The outcome of those discussions will be announced at the end of this week following an active community campaign on the issue (click here to read more).

The leader of Labour in Scotland, Jim Murphy, did not respond to requests for comment by time of publication.