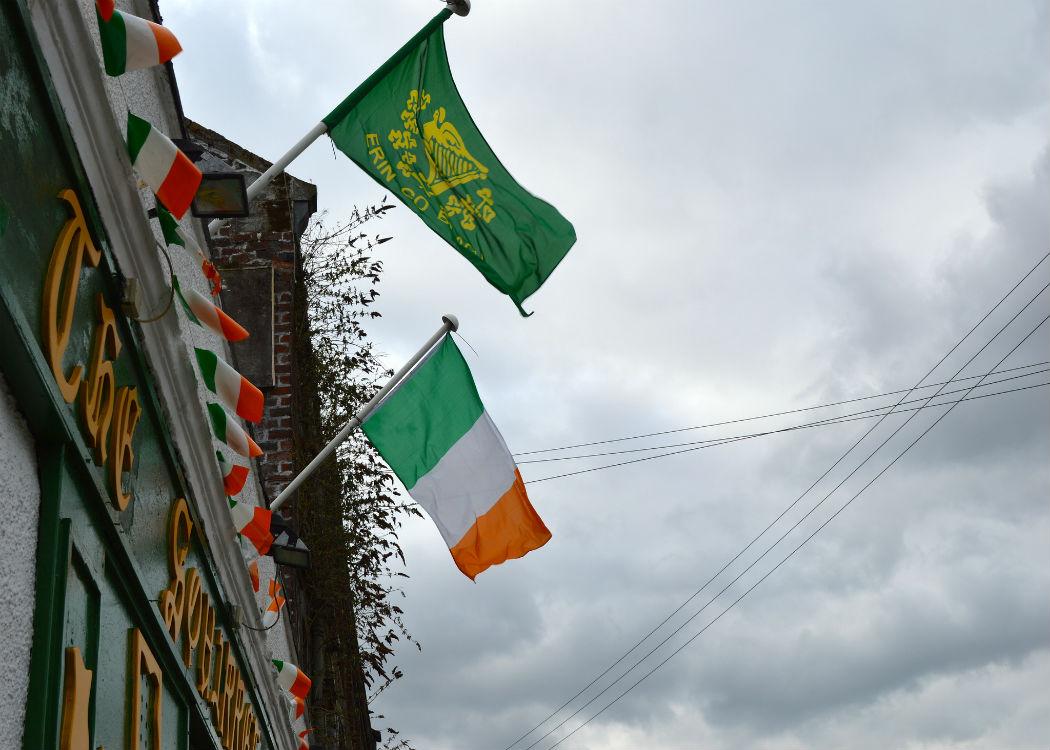 Author: “This is further evidence that modern Scotland, which claims to be one nation of many cultures, has abnormalised itself from its own Irish”

IRISH writers and commentators have challenged remarks made by a Labour and Tory MP who labelled notions of a St Patrick’s Day march in Glasgow “divisive” and claimed Irish-Scots shouldn’t be considered a minority in Scotland.

The remarks were reported after the release of a report on the Irish in Scotland this week, produced by a committee of members from the British/Irish Parliamentary Assembly.

The report suggested holding a St Patrick Day’s parade in Scotland’s biggest city, Glasgow, but the idea was been met with dissent due to concerns that the Orange Order may hold protests against it.

Labour MP for Paisley and East Renfrewshire, Jim Sheridan, was reported by the Scotsman as claiming that the Irish should not be considered as an ethnic minority, and a publicly facilitated St Patrick’s Day parade was a bad idea.

“If people want parades up and down the streets it is entirely up to them. I don’t think that the taxpayer in these austere times should be asked to pay for it,” Sheridan said.

“People need to look forward, move forward and think of a modern Scotland and stop living in the past,” he added.

Mary Scanlon MSP, Scottish Conservative and Unionist, who represents the Highlands and Islands, was reported by the Scotsman as ‘objecting to the labelling of the Irish as a minority’.

Scanlon said: “They are an integrated, fully respected and loved members of our community, they are not different, this to me, I am afraid, I think is a little bit divisive.”

Scanlon added that she was “a unionist for the UK”, and said: “We have just come out of the most divisive election ever in the history of my time in Scotland.

“I do not want a Scotland divided on the lines of nationalism and unionism, that is not my Scotland.”

Phil Mac Giolla Bhain, author of ‘Minority Reporter: Scotland’s Bad Attitude to its Own Irish’, said that the comments highlighted a wider problem in attitues towards the Irish in Scotland.

“This is further evidence that modern Scotland, which claims to be one nation of many cultures, has abnormalised itself from its own Irish,” he said.

“The Irish are Scotland’s oldest and largest ethnic minority, and Ireland is Scotland’s closest neighbour. Yet politicians today still seek to deny Irish culture and identity from Scottish society.”

The British-Irish Parliamentary Assembly report, made up of politicians from the British, Irish and Scottish parliaments, has been criticised by contributors as containing “significant discrepancies”.

The report claimed that two Irish centres had been burnt down, but when questioned it emerged that these were “historic, not recent” events, occurring in the 1970s and 1980s.

British/Irish Assembly parliamentary and policy officer Danny Boyle told the Herald: “There are significant discrepancies within the report and alongside the additional comments of Jim Sheridan MP and Mary Scanlon MSP that the Irish are not an ‘ethnic minority’ only serve to further confuse matters and highlight a general ignorance and confusion which permeates throughout the report and its recommendations.”

Dan McGinty, of the Irish Voice, a Glasgow-based news organisation, attended the Irish/British Parliamentary Assembly meeting and said there was a “clear divergence” between the views of politicians and Irish people in Scotland “on the ground”.

“There’s a reluctance from those in power to speak up for Irish identity and culture, whereas Irish people in Scotland quite clearly see their own identity as distinct from Scottish identity in general. It’s a much more complex situation that politicians seem to be willing to accept,” McGinty said.

“There’s a reluctance from those in power to speak up for Irish identity and culture.” Dan McGinty

On Sheridan and Scanlon’s views, McGinty said that it showed a “clear lack of understanding” of Irish culture, adding that the Irish “are quite obviously a minority in Scotland”.

McGinty added that he found it “very strange” that MPs would see a St Patrick’s Day parade as “divisive”.

“I’ve been going to the parade in Coatbridge for years and it is very community-led and more and more people are attending. They are held all over the world. Glasgow stands out as one of the few cities with a large Irish population which doesn’t have a parade.”

McGinty said that the burning down of two Irish cultural centres was brought up at the meeting, but that it was “mentioned clearly in a historical context”.

Mac Giolla Bhain added that the approach of Glasgow City Council towards plans for an Irish Famine Memorial was indictive of the problem.

“Glasgow City Council’s proposal to commemorate the Irish famine is a footpath. In Philadelphia, Boston or Toronto there will be huge commemorations of the Irish Famine. It shows the depths to which Irish heritage in Glasgow has plummeted that all they can muster is a footpath.”

The Irish Post reported on Tuesday that the most likely place for an Irish Famine Memorial in Glasgow is at the People’s Palace in Glasgow Green, just east of the city centre.