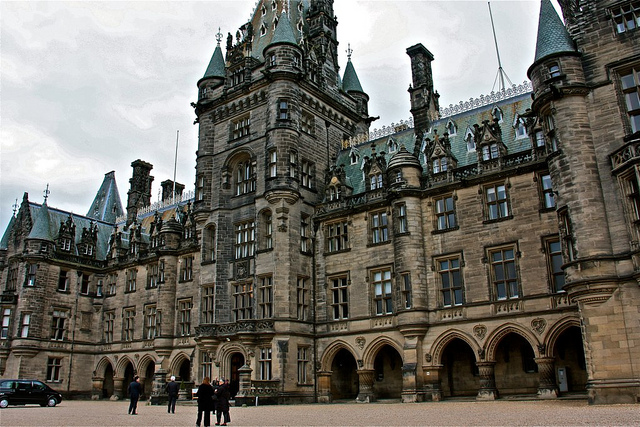 THE NEWS that the Scottish Government will remove all business rates relief from private schools in Scotland has been condemned by the Scottish Tories and the director of the Scottish Council for Independent Schools, despite fulfilling advice on the issue by an August review panel and being welcomed by experts.

John Edward, director of the Scottish Council of Independent Schools (SCIS), responded to the announcement by describing the move as a “backward step”.

Edward said: “If followed through, this proposal will weaken and narrow the widening access programme and, most importantly, it will affect those accessing bursary assistance made possible by the rates relief.

“It is dispiriting to learn that the government considers independent schools and their parents alone are deserving of a targeted five-fold rates rise.”

However, a report to the Scottish Government presented in August of this year, conducted by a review panel headed by former RBS Scotland chairman Ken Barclay, recommended private schools pay the tax in full, with Barclay describing the report as highlighting “unfair advantages gained by anomalies within the system and those who deliberately avoid payment of tax”.

However, Mackay confirmed during his budget announcement that exemptions would only be stripped from fee-paying schools, and that the schools in question would have several years to prepare for the changes.

“It is our assessment that without this relief non-domestic rates will be fair and sustainable for the independent schools sector.” Scottish Government spokesperson

A Scottish Government spokesperson quoted in the Scotsman newspaper commented: “It is our assessment that without this relief non-domestic rates will be fair and sustainable for the independent schools sector, as they are for other types of organisation occupying non-domestic property.”

Scottish Tory education spokesperson Liz Smith described the move as a “blatant attack” on the independent school sector, continuing: “For a party that is supposedly in favour of widening access this move will make independent schools more elitist and less accessible to those from poorer backgrounds.

“That will be met with dismay by those parents whose sons and daughters have been in receipt of increasingly generous bursary support.”

Approximately 30,000 pupils in Scotland attend private schools. Under the current system, Edinburgh’s Fettes College – fees for which stand at roughly £24,000 per year – received an 80 per cent reduction in non-domestic rates, while providing bursaries for only two per cent of its pupils.

“The private school lobby (and their many wealthy supporters) will of course be furious about this, which is the natural response from those accustomed to privilege.” Education policy expert James McEnaney

The journalist and education policy expert James McEnaney told CommonSpace in response to the budget announcement: “The removal of the NDR exemption from private schools is a welcome, if long overdue, move from the SNP.

“The private school lobby (and their many wealthy supporters) will of course be furious about this, which is the natural response from those accustomed to privilege. I expect they will also tell anyone who will listen that this move puts their “charitable” acts, such as bursaries, at risk – in doing so they simply highlight how weak their commitment to such initiatives has always been.

“Private schools are not benevolent, charitable organisations – they exist for the maintenance of social inequality and should be treated as such. Paying appropriate taxation on their premises is the very least that should be happening.

“I think to rate them as ‘charities’ is, at the very least, a stretch of the definition.” Education writer George Gilchrist

Former headteacher and education writer George Gilchrist also commented on the new changes, telling CommonSpace: “I must say, I agree entirely with this proposal, and the exemptions made.

“It has long been a nonsense that local authority schools have been burdened by a demand for payment of rates, which were removed from school budgets at source, whilst private independent schools were given an exemption.

“I think to rate them as ‘charities’ is, at the very least, a stretch of the definition. In my view, it would be a lot easier to view and describe local authority schools as ‘charities’, as we cater for all comers and do not discriminate on any grounds, including financial or social factors.”