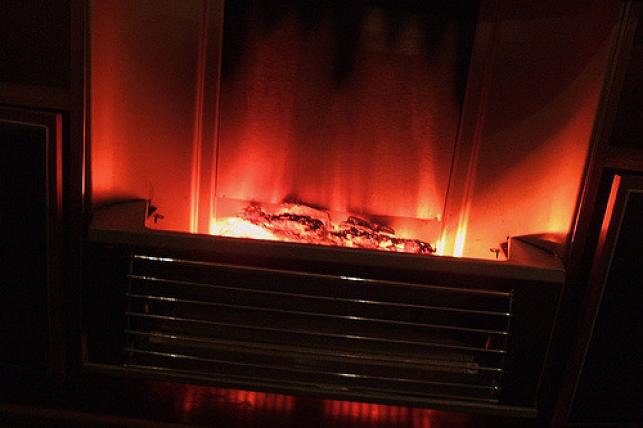 A PILOT SCHEME aimed at helping foodbank users tackle the effects of fuel poverty will be the subject of a debate in the Scottish Parliament today (20 February), following a deal struck between local SNP politicians and Scottish Power.

Availble only to Scottish Power customers, the scheme is designed to give customers who have been referred to foodbanks – and who may therefore be in need of fuel assistance due to low income – a one-off £49 credit payment.

The scheme was first made available in early December 2017 in South Lanarkshire, but is reportedly being extended through Clydesdale Foodbank.

“People should not be left without food, heating and electricity because of cruel Tory policies – yet this remains all too common.” SNP MSP Christina McKelvie

Ahead of her Member’s Business debate on the scheme, which will seek recognition of the combined efforts which brought it about and call upon other energy providers to offer their own response to the problem of fuel poverty in Scotland, McKelvie told CommonSpace: “It is sickening that so many people across the UK are being forced to rely on foodbanks because of callous Tory welfare cuts. People should not be left without food, heating and electricity because of cruel Tory policies – yet this remains all too common.

“This pilot project has been a lifeline for my constituents and has huge potential across the country – making sure those in the most deprived communities have been able to heat their homes this winter. The fact that 80 vouchers have been given out across my constituency alone since the scheme started shows how important this scheme is.”

McKelvie continued: “Following the pilot project, I wrote to the other ‘big six’ energy companies to see what more support they could offer, particularly as the winter months were beginning to set in.

“I have since had several positive meetings and I will continue to work with these energy firms to help extend the QCV support to more of my constituents, and people across the country, who need extra help with paying their energy bills.

“Until now we’ve given out sleeping bags and blankets to people without heating. Now we can help them switch the power on.” Hamilton District Foodbank manager Isobel Graham

“Scottish Power’s scheme has been a real success in my constituency and in other parts of the country where it is being piloted – and it’s time for other energy firms to follow their lead and help support vulnerable and deprived customers.”

Douglas McLaren, retail operations director at ScottishPower, also commented: “We offer a wide range of support to our vulnerable customers, and after meeting Christina McKelvie MSP and Councillor Julia Marrs, we were keen to work with them to pilot this new initiative. It is our hope that the scheme will provide some extra help for those who need it most.”

Speaking to the National newspaper upon the scheme’s launch, Isobel Graham, manager of Hamilton District Foodbank, reportedly confirmed that many of those referred to foodbanks were doing so as a result of the Tories’ flagship welfare reform Universal Credit, saying: “At one time our service-users were mainly young single men – now we are seeing more and more families.

“It’s really grim, it’s heartbreaking. Until now we’ve given out sleeping bags and blankets to people without heating. Now we can help them switch the power on.”

The Scottish Government, as part of its recent Fuel Poverty Strategy consultation, is considering how tarets might be set to reduce fuel poverty in Scotland to under 20 per cent by 2030 and under 10 per cent by 2040. As of December 2017, fuel poverty levels were measured at just under 31 per cent in Scotland, although that is set to drop to 26 per cent under a new government definition.

Earlier in February, the Scottish Federation of Housing Associations (SFHA) responded to the consultation by calling on the Scottish Government to be more ambitious in tackling fuel poverty, advocating increased funding to enable housing associations to continue investment in energy efficiency.

Sarah Boyack, SFHA head of public affairs, said: “While we welcome the Scottish Government’s continued commitment to addressing fuel poverty, it is our view that the draft Fuel Poverty Strategy lacks ambition. We want to see a strategy that aims to end the scourge of fuel poverty, with the accompanying funding to match.

“An independent panel of academic experts who reviewed the definition of fuel poverty for the Scottish Government, called on the government to adopt a rural and remote income standard in their definition, in order to account for higher living costs in rural Scotland. The Scottish Government did not accept this recommendation, but we urge them to reverse this decision.”