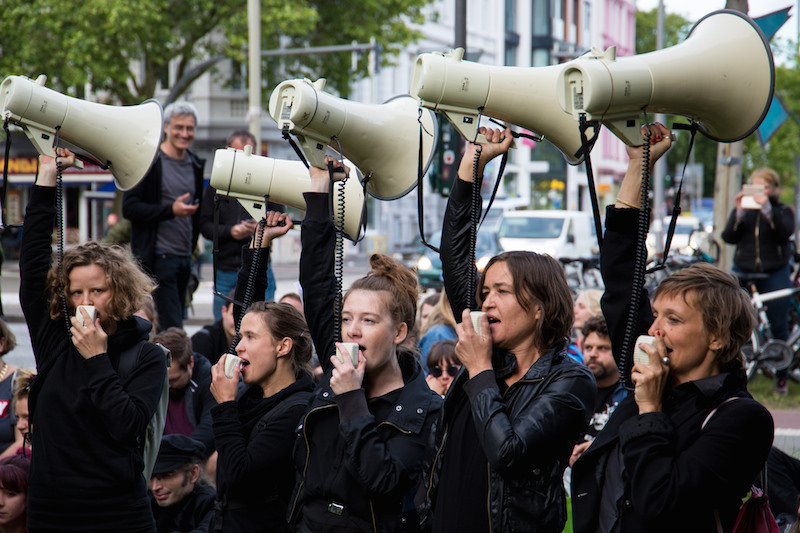 SSP national secretary dragged by police in protests against the G20

A GROUP OF SCOTTISH SOCIALIST campaigners have been supporting protests against the meeting of political leaders in the German city of Hamburg for the 12th meeting of the G20 organisation.

Representing the world’s most powerful governments, the conference is focused on economic and security challenges related to capitalist trade and national security.

Each major G8, G7 or G20 conference is met by a swell of public demonstrators demanding social change in the interests of equality and peace.

Connor Beaton, national secretary of the Scottish Socialist Party, has been reporting from the demonstrations and on the political organising underway in Hamburg.

Below, Beaton addressed demonstrators on behalf of the SSP.

In another video, Beaton is seen being dragged away by the police – as forces attempt to shut-down resistance to the G20 event.

Peace campaigners expressed solidarity with the demonstrators: “The Stop the War Coalition sends its solidarity to those protesting in Hamburg this weekend. The G20 leaders are meeting there to discuss further austerity and war. This at a time when Western interventions are already risking dangerous confrontations in the Middle East, Korea and elsewhere.

“The G20 refuse to spend money on helping the poorest in society and have presided over record levels of inequality, with the rich growing ever more rich. Their summit has been protected by an authoritarian police presence, which is using tear gas, pepper spray and truncheons to attack the demonstrators and to suppress democratic dissent.

“We support the aims of the demonstrators in wanting a more equal and more peaceful world, and we believe that they represent the vast majority of people. They should not be attacked and criminalised by the police but should be allowed to demonstrate against a gathering of world leaders who have so singularly failed to address the major problems facing us today.

“Neoliberalism has brought with it an unprecedented level of militarism and war. We will continue to protest over these policies and demand that the vast sums of money spent on them by the richest countries in the world be spent instead on health, education and alleviating poverty.”