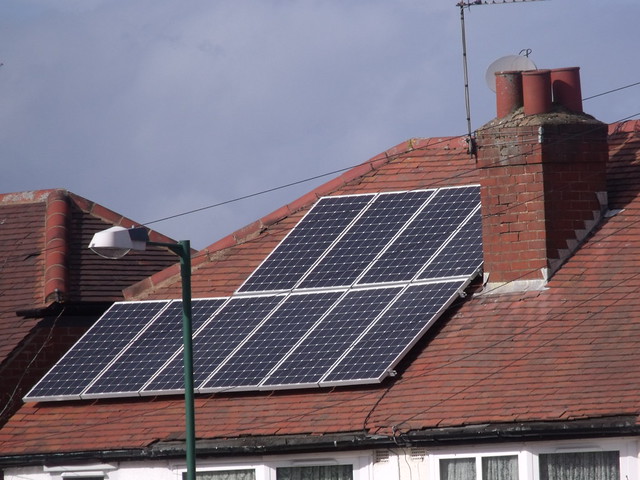 A UK GOVERNMENT VAT increase from 5 per cent to 20 per cent is likely to damage solar power investment and deter more consumers, a Scottish energy expert has told CommonSpace

The Treasury announced legislation on Monday which will increase the VAT due on solar panels by 15 per cent in October, in accordance with EU state aid rules.

The decision comes just weeks after the House of Commons voted to declare a climate emergency and called for urgent action on green industrial investment.

Currently, VAT on solar panels and instillation is set at 5 per cent. From October the VAT on the panels themselves will rise to 20 per cent with instillation remaining at the current rate.

Dr Keith Baker, fuel poverty researcher at Glasgow Caledonian University, expects the consequence of this to be “a further deterrence for people’”because it will lengthen the period of time it will take for consumers to make back the cost of instillation.

Investment in solar technology had fallen significantly after the Toy Government closed the renewable energy feed-in tariff scheme in September last year. The tariff scheme provided subsidies for solar panel owners allowing them to sell electricity back to the grid at the same rate that they paid for it.

By deterring consumers from investing in solar panel technology, Baker expects the tax increase to move the UK further away from meeting its climate targets.

“This is decades of a lack of Incentivisation, lack of investment, lack of promotion,” he said. “Solar technology needs to be a massive part of our energy mix at all levels. And it is particularly under-utilised in Scotland.”

Dr. Baker was quick to point out the need for flexibility around the issue of EU state aid rules, which were cited by HMRC in justifying the increase in VAT. A European Court of Justice ruling in 2015 found that energy-saving material should not receive a reduced rate of tax.

‘Competition law itself is not a bad thing,“ Baker said. “it is a good thing in many ways. But this is one area where it is running up against the greater good. It will have implications for developing community owned heat networks in Scotland and we don’t think the EU has got its head around this.

“This is just one more example of a tension that will continue to play out as we try and face down these massive climate problems.’

The comments come as the Common Weal Energy Research Group, which Baker is a member of, published a new report on Tuesday on how to decarbonise Scotland’s electricity network.

Dr. Craig Dalzell, Head of Policy at Common Weal, said that the VAT hike was not “fit for purpose”.

Dalzell stated: “The world really needs to wake up to the impending climate emergency and the urgent need for reform across multiple fronts including construction and energy generation. Policy and law makers urgently must reform themselves as well and deeply consider whether policies like this VAT increase are fit for purpose in the current times.”