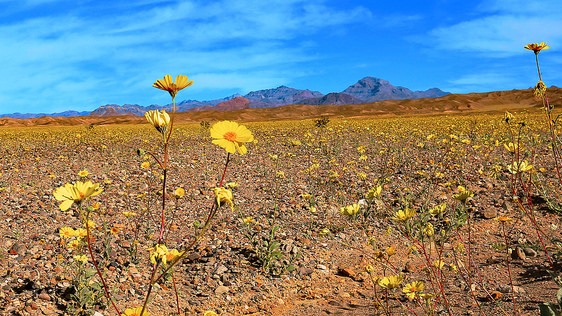 A PAPER published by the pro-independence think tank Common Weal makes the case for a Scottish Statistics Agency, which it argues would lead to better government policy and bring Scotland up to speed with its European counterparts.

Penned by Common Weal’s head of research Craig Dalzell, the report argues that a Scottish Statistics Agency would help prepare Scotland to meet its data needs as an independent country – but says the need for better data irrespective of the constitutional question should be a “be a universally recognisable position”.

While acknowledging that Scotland currently has the best level of data provision in the UK, the paper says Scotland is falling behind other European countries and faces a “data desert” in a number of key ways.

READ MORE: What are “radical statistics” – and why do we need them?

Craig Dalzell commented: “We live in an ever more data-rich environment and the data we gather and hold about ourselves is becoming ever more valuable to policy-makers. Good data underpins and drives effective policy so it is vital that Scotland makes the most of this resource in order to strengthen and enrich our society and our economy.

“It is also vital that we be transparent and make as much of this data as open and accessible as possible so that the government can be scrutinised, aided and, where required, held to account.”

Dalzell identifies limitations to the current system in several areas, including the regionalisation of data, the tax gap, GERS (Government Expenditure and Revenue Scotland), Whole of (Scottish) Government Accounts, the National Register of Assets and Scottish import and export data.

At present, the paper explains, UK-level statistical surveys include a representative sample of Scotland, but due to the numbers involved this means that detailed analysis of the Scottish figures is often not statistically sound.

The report states: “Even a sample of 10,000 people across the UK (as is often used by organisations such as the ONS) would mean only 830 data samples in Scotland (and an expected error rate of at least 3.4 per cent) which may be barely adequate for policy level decisions.”

Attempting to analyse this information by gender or age, for example, becomes even more problematic.

As a solution, Dalzell proposes that a Scottish statistics agency could make use of direct administrative data and enable a “move towards ‘near-census’ resolution of data provision”.

Dalzell has made the case elsewhere of the shortcomings of the much debated GERS as a means of predicting the finances of an independent Scotland, and in his latest paper he suggests it also proves ineffective in the present circumstances.

With this in mind, a Scottish statistics agency could help fill some of these gaps and allow for better cross-analysis of different data sets.

One way in which the gaps could, and should, be filled, the report argues, is through the publication of Whole Government Accounts by the Scottish Government, of the kind published annually by the UK Government.

The Scottish Government is currently considering proposals to begin producing such accounts, which Dalzell argues should “include the full range of government revenue, spending and liabilities and should record those liabilities at their fully discounted rate”, to avoid any of the shortcomings for which the UK level accounts have been criticised.

Given the focus on the division of debts and assets between Scotland and the UK in the context of the independence debate, the paper argues that the data is woefully ill-equipped to clarify these points.

In light of this, Dalzell writes: “It is an urgent recommendation of this paper that a Scottish National Asset Register be commissioned by the Scottish Government ahead of any future independence referendum so that negotiations over such assets can proceed as soon as possible after the results are known.”

In the interest of transparency, the paper also argues that an independent Scotland should publish regular audits to “protect against the government of the day selling off such assets in a manner which could not easily be tracked”.

The paper also highlights a significant gap in the ability to identify the difference in value between Scotland’s imports and exports – the balance of trade – which Dalzell explains is a figure given important weight in many economic decisions and projections.

“If the data on exports is problematic, the data on imports is practically non-existent,” Dalzell writes. “Data on imports into Scotland is not routinely or comprehensively collected nor is it currently possible to adequately track import flows in Scotland from the rest of the UK using UK level data.”

Part of this problem, Dalzell suggests, is due to the diminished role of the department of customs and excise in the UK.

The paper makes the case that “a publication based on more direct measurements rather than statistical modelling of sub-samples will provide more robust data”, while acknowledging that the potential to achieve this may be limited while Scotland remains within the UK.

Dalzell makes clear that while there are two broad options for how such an agency might be structured – centralised or decentralised – both options come with their own benefits and disadvantages which should be taken into consideration before the body is established.

A centralised model, in which the single agency would collect or commission that vast majority of data, might allow for greater consistency. On the other hand, it may fail to take into account local needs.

A decentralised model would still allow for a central agency, albeit with a more limited role, and would consist of a network of smaller data gatherers. A setback from this would be potential difficulties in cross-comparing data, duplication of efforts, and greater vulnerability to political interference.

Core to either model, the paper says, would be “trust, transparency and ease of access”.

This would mean openness about “what data is being gathered, how it is being used and how it can be verified” and the possible introduction of a Code of Practice “kitemark” to identify where standards for policy-making have been met where third party organisations have been involved.

How could this be achieved?

The paper states: “The Scottish Government already has most or all of the powers required to found such a statistics agency although arrangements may need to be agreed with regard to obtaining data from UK level government departments such as HMRC and the DWP.”

Either a decentralised or centralised model could be set up by the Scottish Government with Scotland as part of the UK – although the cost of setting up a centralised agency might be higher in this circumstance because, the report says: “Scotland would, presumably, still be required to pay a share towards the budget of the UK statistics bodies”.

As for a projected budget, the paper says it’s hard to assess with any certainty because this would vary depending on the model used. However, based on the UK’s budget, a proportional Scottish agency would need £15m per year and would employ 265 people. By comparison, an agency proportional to Sweden’s would have a budget of £83.3m and would employ 700 people.

Dalzell concludes: “Compared to its potential, Scotland is a data desert in a world where data is rapidly becoming the most valuable resource available to governments. But with some investment, care and attention even deserts may bloom.”