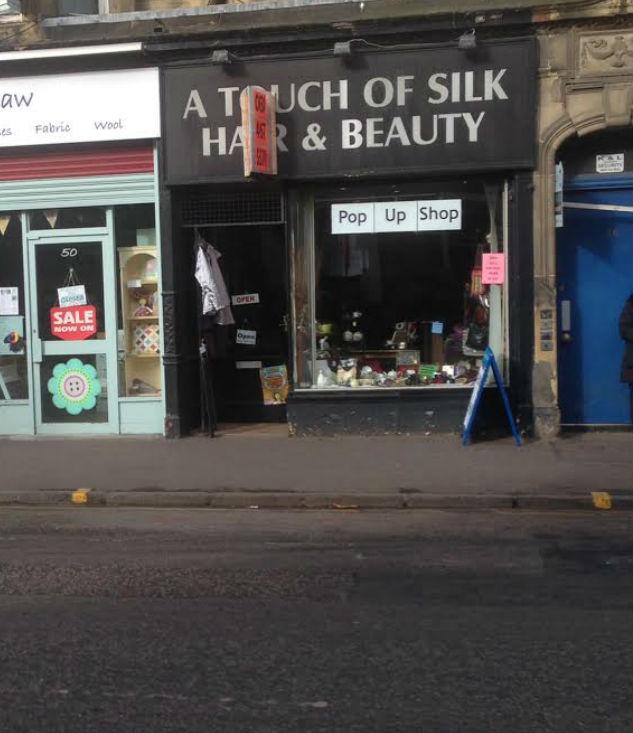 EDINBURGH charity shoppers have been told to watch out – as they might end up unwittingly funding the Tory party.

A former beauty salon in Lochrin Buildings in Tollcross has been turned into what appears to be a charity shop selling second hand clothes, crockery and toys.

However, the shop, which has no sign outside it, is in fact run by the Edinburgh Conservative Association and is raising funds to help pay for their election campaign.

Inside the shop, the only clue that is a not a mere charity shop is a piece of A4 paper stuck to a wall with “Edinburgh Conservative Shop” handwritten on it.

The Conservatives have claimed that the shop has been a “fixture in Edinburgh for years” but pictures suggest that it was most recently a hairdressers.

Joanna Cherry QC, the SNP’s candidate for Edinburgh South West, told CommonSpace: “This is really low stuff from the Tories – hoodwinking hard working local people is just not on – this shop needs to make clear exactly what its proceeds are used for immediately.

“Ruth Davidson needs to explain why this shop has been operating this way and must take action to ensure that not one penny more from local people is taken – unless they are entirely clear what that money is for.”

Shopper Andy Inglis, 37 from Merchiston said that he had bought his children clothes in the shop, thinking the money was going to charity.

He told the Edinburgh Evening News: “I was out shopping and noticed this pop-up shop. I went in and bought four pairs of kids’ trousers for PS1 each – it seemed a good bargain. I took it for granted it was a charity shop because there was no sign up saying otherwise and it was all second-hand bric-a-brac and clothes. I never saw any sign.”

When he found it that the shop was in fact funding the Tories, he said: “I was annoyed. It’s misleading. If I had known I wouldn’t have gone in.”

The Conservatives only currently have one elected MP in Scotland and none in Edinburgh.

A spokesman for the Scottish Conservatives denied that they had deceived anyone but said that they may consider making the ‘Conservative’ sign in the shop more prominent.

He said: “No-one has been deceived into thinking this is raising money for something it’s not.

“The role of this shop, which has been a fixture in Edinburgh for years, is to legitimately raise funds for the Scottish Conservative and Unionist party.”