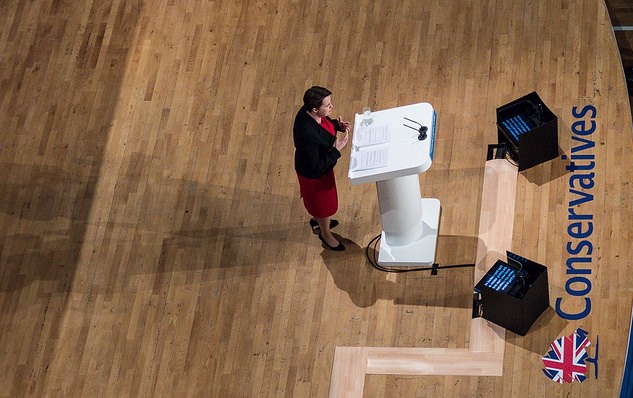 As UK Government gets ready to repatriate powers from Brussels, Scottish Tories fail under pressure to defend Holyrood

THE SCOTTISH TORIES have shirked the challenge set by Ivan McKee MSP to detail what powers would be sent to Holyrood after the Great Repeal bill is passed and guarantee there would be no power grab by Westminster on Holyrood powers.

Despite requests by CommonSpace, the party declined to comment on both issues directing to the UK Government’s secretary for Scotland David Mundell, whose department failed to respond on two occasions.

Following fears that Holyrood is at risk of a grab for power by the Tories, the Scottish Government has called for the UK government to swiftly rule out any attempt to use Brexit as a cover for the appropriation of devolved powers.

In a letter to Mundell, Glasgow Provan MSP McKee, who sits on Holyrood’s finance and constitution committee, pressed him and his party in Holyrood for a detailed strategy for the return of any powers currently exercised by Brussels to the Scottish Parliament.

“When the Tories are done picking fights with Spain and picking their favourite shade of blue for new passports, perhaps they could turn to the more serious matter of what Brexit will mean for the Scottish Parliament.” Ivan McKee MSP

Commenting, Ivan McKee MSP said: “These reports underline the warnings that the Tories are plotting a Holyrood power grab – an attempt to reverse the gains of devolution and hand powers back to Westminster.

“But we must not allow a Tory government with only one MP in Scotland to trample all over our national parliament and seek to undermine the very foundations on which it was established under the guise of Brexit.

“The SNP has often asked the question, what is the purpose of the secretary of state for Scotland? Though recent incumbents have failed, the role should be to fight Scotland’s corner and ensure our interests are always protected.”

He also asked for a “firm guarantee” that this process of a Brussels to Holyrood power transfer would not be subject to interference or stalling by the Westminster government. This follows concerns by campaigners and legal academics who fear that the Repeal Bill, which will scrap the European Communities Act (ECA) of 1972, will be used to monopolise power in the hands of UK ministers over both Westminister and Holyrood parliaments.

Additionally, Scotland’s successful renewables sector has been deemed at risk if the UK Government takes environmental protection powers coming from Brussels rather than give them to Holyrood. Currently, the UK Government has an obligation to meet certain EU targets on energy efficiency, renewable energy and climate change but post-Brexit these targets may be under threat.

“But we must not allow a Tory government with only one MP in Scotland to trample all over our national parliament and seek to undermine the very foundations on which it was established under the guise of Brexit.” Ivan McKee MSP

When asked about these ‘Henry VII’ style powers, which would empower ministers and reduce parliamentary scrutiny, the Scottish Tories declined to comment.

Scottish Tory leader Ruth Davidson has indicated previously that she wants to see powers over agriculture and fishing taken away from Holyrood, despite being prescribed as devolved areas of legislation in the Scotland Act. In February, Ruth Davidson told farming leaders it would be “foolhardy” to give MSPs the power to create an entirely separate Scottish system of farming regulation.

Her colleague Annie Wells MSP also came under pressure last month for stating in an STV interview, after the Holyrood referendum vote, that she didn’t accept the “will of this Scottish Parlament.” Events like these have increased suspicion that the Scottish Tories lack commitment to the Scottish Parliament, which was established in 1999 and whose creation they initially opposed.

Ivan McKee added: “To leave such fundamental questions hanging indefinitely just won’t wash with farmers and fishermen whose futures are at stake, and risks betraying the commitment to a powerhouse parliament at Holyrood.

“When the Tories are done picking fights with Spain and picking their favourite shade of blue for new passports, perhaps they could turn to the more serious matter of what Brexit will mean for the Scottish Parliament.”