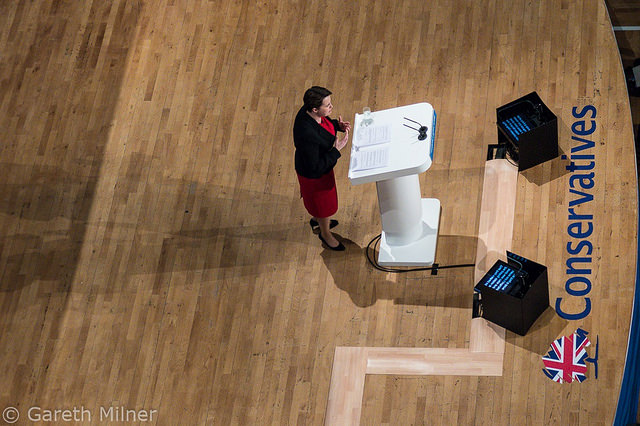 THE Scottish Conservative Party has been slammed after confirming today that two Stirling councillors who were suspended from the party in May have been reinstated.

The Councillors, Robert Davies and Alastair Majury, were suspended shortly after their election this year, due to comments which the party branded as “completely unacceptable”. Majury tweeted using an offensive term for Catholic people and suggested that all Catholics sexually abuse children, compared Scottish nationalists to Nazis, and denounced local food bank charity Start-up Stirling for being “run by a SNat”.

”We would like to call on the Conservative Party to ensure that their members participate in anti-racism education with us as a merely punitive approach does little in the way of changing prejudicial attitudes.” Show Racism the Red Card

A Scottish Conservative Party spokesperson said today: “Having served a suspension, both councillors have been readmitted to the party after offering unreserved apologies for any offence caused.

“It has been made abundantly clear that behaviour like this will not be tolerated in future.”

Show Racism the Red Card, a charity which works to eliminate racism and sectarianism through education, called for the Conservative Party to consider providing education for members about prejudicial attitudes.

A spokesperson for the charity told CommonSpace: “Show Racism the Red Card is concerned that anyone, let alone a public figure, would consider sharing potentially divisive comments that may further contribute to a wider culture of intolerance. However, we welcome Majury and Davies’ subsequent apologies for their actions.”

“Ruth Davidson has sent out a message that this sort of abusive, offensive and xenophobic behaviour online is acceptable in the Tory Party.” Alison Laurie, SNP Councillor

“The Show Racism the Red Card campaign is founded on the premise that education is the key to tackling racism. No one is born racist and as an educational charity we are not interested in labelling people, but working hard to help educate young people and adults alike of the dangers of using racist language.

“However, we would like to call on the Conservative Party to ensure that their members participate in anti-racism education with us as a merely punitive approach does little in the way of changing prejudicial attitudes.

“We hope that this incident will serve as a reminder to us all, whether as individuals or figures of public authority, that racism has no place in our communities and that we all have a moral duty to use social media responsibly.”

The Conservatives’ political opponents demanded in no uncertain terms that the party reconsider its decision to lift the suspension. Responding to the news of the reinstatement today, Alison Laurie, SNP councillor for Stirling East, described the decision as “utterly outrageous” and as “another sad episode from a Tory Party that has lurched to the right”.

Laurie said: “Far from taking decisive action, Ruth Davidson has sent out a message that this sort of abusive, offensive and xenophobic behaviour online is acceptable in the Tory party. The two disgraced Tory councillors will continue to take part in decisions that will, for example, determine the council’s strategy for tackling bullying in schools.

“A racist and an internet troll will be inputting into the running of key Stirling Council services including the school bullying and equalities strategy.” Mark Ruskell MSP, Scottish Green Party

“People across Stirling will be disgusted by this outcome and the Tory group on Stirling Council should do the right thing and remove the whip from Councillors Majury and Davies immediately and permanently.”

After the councillors’ election, a petition signed by over 2,000 people called for the councillors to resign from Stirling Council. Stirling-based Green MSP Mark Ruskell described the reinstatement as “disgraceful, yet hardly surprising”.

Ruskell said: “We now have a situation where a racist and an internet troll will be inputting into the running of key Stirling Council services including the school bullying and equalities strategy.

“These individuals are completely unsuited to holding public office and the fact that the ‘nasty party’ deem it appropriate to reinstate them speaks volumes.”

These sentiments were echoed by Scottish Labour’s inequalities spokesperson Monica Lennon MSP, who said: “It is shocking to see the Tories lift the suspension of these councillors. They have made racist and sectarian remarks that have absolutely no place in our society.

“We have worked hard in Scotland to try to tackle racism and sectarianism and there is still more to do. Representing your community in local government is a privilege and an enormous responsibility. The Tories have badly misjudged this and must think again.”