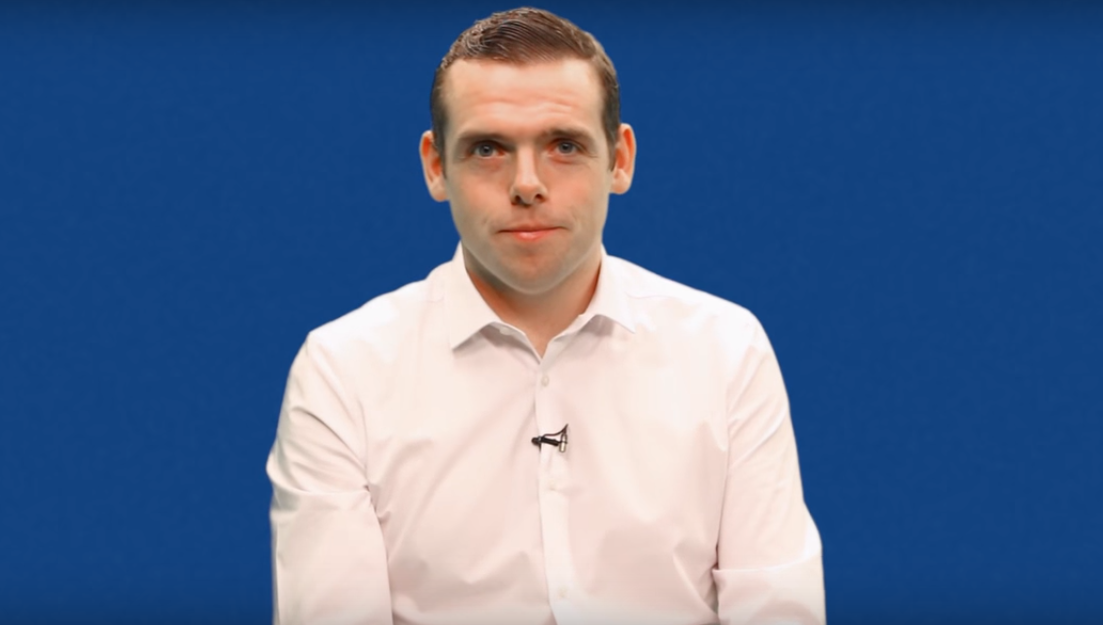 THE SCOTTISH CONSERVATIVES have told CommonSpace no action will be taken on Douglas Ross MP’s Gypsy/Traveller comments, despite widespread condemnation.

In a video interview with Core Politics yesterday, Moray MP Douglas Ross said that if he was prime minister for one day, his would introduce “tougher enforcement against Gypsies and Travellers”.

Asked to explain the comments, Ross restated concerns about Gypsy/Traveller camps and “the way they take over a piece of land or lay by and then often leave it in a significant mess”.

“This is an issue which is repeatedly raised in communities right across Scotland, and one all our politicians are keen to address.” Scottish Conservatives spokesman

Asked whether Ross’s views on the Gypsy/Traveller community represented the position of the Scottish Conservative Party, a spokesman for the party told CommonSpace: “This is an issue which is repeatedly raised in communities right across Scotland, and one all our politicians are keen to address.

“The Scottish Conservatives want to work with all stakeholders to find a solution that works for everyone.”

Pressed on whether the party would be taking any action against Ross for his comments about Gypsy/Travellers, the spokesman confirmed that they would not.

This response comes amid condemnation of Ross’s remarks by the SNP, Scottish Green Party, and Scottish Labour, along with organisations advocating for the Gypsy/Traveller community, including Article 12 and Amnesty International.

This afternoon, BBC Scotland journalist Philip Sim tweeted comments made by Ruth Davidson, who has broken what critics regarded as a notable silence on the reinstatement of two Tory Councillors in Stirling who had been suspended over racist and sectarian social media posts.

Ruth Davidson: posts by suspended cllrs “utterly unacceptable” but have “to give people the opportunity to change” if they say they want to

Sim reported that Davidson said the councillors were reinstated because you have to “give people the opportunity to change”.

The remarks made yesterday by Ross echo views he expressed earlier this year following the publication of  Scottish Government guidance on provision of facilities for unauthorised campsites, when he called Gypsy/Traveller campsites as “a blight on communities”.

SNP MSP Christina McKelvie commented on the controversy today, saying: “This is the week in which the ugly reality of Ruth Davidson’s Tories has been fully exposed. It is a party which offers a home to extremist views, turns a blind eye to prejudice and allows those who spout offensive nonsense to hold elected office.

“Ruth Davidson’s continued silence is utterly unsustainable – she should speak out and discipline Mr Ross, or tell us why she disagrees with Amnesty International.”