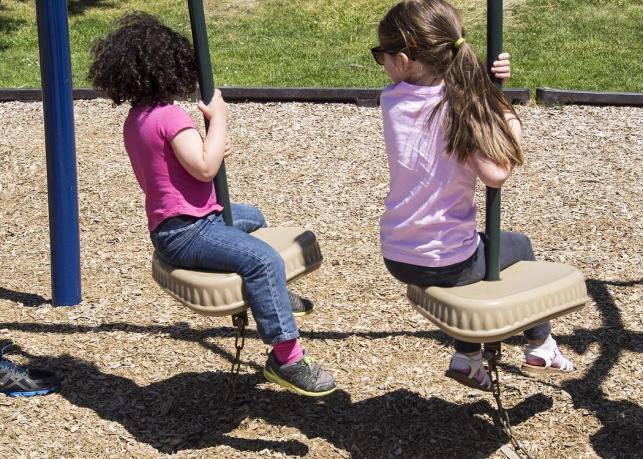 A TORY RUN COUNCIL operating the controversial ‘Named Person’ child protection scheme says its experience has been “generally positive” half a decade after the measure was first introduced.

The ‘Named Person’ scheme, part of the ‘Getting it right for every child’ government initiative, was vigorously opposed by Conservative leader Ruth Davidson during the election campaign, when she claimed it was “unworkable” and could end in “tragedy”.

However, South Ayrshire council – one of the five council areas already using the initiative – told CommonSpace that its experience of the ‘Named Person’ approach was “generally positive” and demonstrated “emerging good practice”.

“Through children and families knowing who to contact, their access to help is made easier. This is an essential feature of a child centered approach.” South Ayrshire council policy

A council spokesperson told CommonSpace: “South Ayrshire Council has been introducing the approach gradually since 2011. We’ve worked closely with other agencies such as health and social work. The local authority currently has 90 named persons on our websites. For pre-school children these are health visitors and for school aged children they are head teachers, depute head teachers and principal teachers of guidance.

“To date there has been no formal evaluation although it has been felt the changes have been generally positive. At the core, the policy is putting into law what was good practice from the ‘Getting it right for every child’ (GIRFEC) approach which has been promoted for a number of years and was itself emerging good practice. Formal evaluation of our experience so far will begin later in the year after the new legislation comes into effect.”

Tory leader Ruth Davidson has called on the Scottish Government to “press the pause button” on the ‘named person’ scheme – and has named stopping the child protection measure as a key Tory priority in the new parliament.

Read: Opinion articles in favour and against the ‘Named Person’ scheme.

During the election campaign, Davidson added: “We don’t really know what it looks like. We haven’t really been told how the machinations work.”

While Davidson claims the party “have fought this at every way”, the party did not oppose the measure in parliament when it was passed 103 votes to zero in the Children and Young People (Scotland) Act 2014.

It now emerges that Tory colleagues in South Ayrshire have been implementing the scheme ahead of the rest of the country.

In its policy document, South Ayrshire council states: “The role of the Named Person in health or education, depending on the age of the child, is to act as the first point of contact for children and families. Through children and families knowing who to contact, their access to help is made easier. This is an essential feature of a child centered approach.”

The document lists towards 100 ‘Named Persons’, all of which are either current education or healthcare professionals with duties of care to young children.

Campaigners brought a case against the scheme to the Court of Session in Edinburgh. After judges rejected their case, the challenge was brought to the UK Supreme Court to evaluate whether ‘Named Person’ schemes breach human rights conventions. The case is ongoing.

The Named Person scheme, which originally was passed without opposition in the Scottish Parliament, will come into force across Scotland this August.

The policy has already been rolled out in the Highland, Edinburgh, Fife, Angus and South Ayrshire councils.