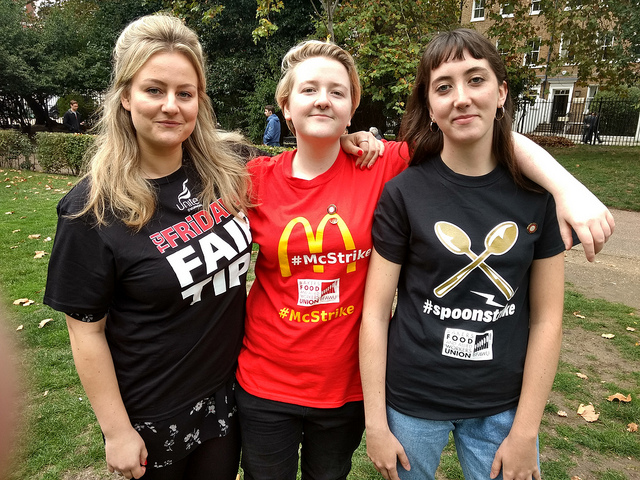 Legislation includes the right of workers to “request a more predictable and stable contract”, a proposal which the TUC has said is toothless

THE UK Government has introduced legislation which they say is the largest upgrade in workers’ rights in a generation, but Scottish trade union representatives have slammed it as going nowhere near far enough.

The legislation will see increased fines for employers who victimise workers, will aim to ensure workers are aware of their rights from day one of starting a new job and will close a loophole which has allowed agency workers to be paid less than contracted colleagues.

It has been broadly welcomed by business lobby CBI, while former Tony Blair adviser Matthew Taylor, who led the independent Taylor Review into workplace rights commissioned by the government, said the proposals were positive.

However, the government did not respond to calls by unions to ban zero hour contracts, with Business Secretary Greg Clark claiming the move would hurt more workers than it would help. The reform package instead includes the right of workers to “request a more predictable and stable contract”, a proposal which the TUC has said is toothless.

“Today’s largest upgrade in workers’ rights in over a generation is a key part of building a labour market that continues to reward people for hard work, that celebrates good employers and is boosting productivity and earning potential across the UK,” Clark said.

Grahame Smith, General Secretary of the STUC, said the closing of the agency loophole was about the only part of the government’s package which could be welcomed

“Unions have long campaigned to close the loophole which allowed employers to pay a lower hourly rate to agency workers than to permanent. We welcome the fact that government has finally moved on this issue,” he said.

Smith added: “However we do not believe the other proposed employment reforms will make a meaningful difference for those in precarious work, and certainly not for gig workers. These proposals do virtually nothing to limit the use of zero hours contracts.

“Without tougher action, the day to day uncertainty which characterises the lives of so many workers will continue. We need simpler, clearer employment law and day one rights for all workers.”

Claire Galloway of the Better than Zero campaign, which campaigns for workers’ rights in precarious workplaces in Scotland, said: “At least 250,000 people in Scotland are in insecure work with up to 100,000 on zero hours contracts. Every week we get reports of people not getting basic minimum wage or paid holidays that they are already entitled to. This is despite knowing their rights.

“Adding some half-baked additional rights with no meaningful recourse to justice is not what we need. It’s the ability to enforce the rights we have.  We win more when we negotiate collectively.  Increased fines from the employment tribunals won’t solve the problem when so many employers already get away with not paying out awards or fines.

“It’s only through uniting together via campaigns like Better than Zero, and our trade unions, that we can get some equality of arms with our employers.”

The legislation will increase the maximum employment tribunal fines for employers who are demonstrated to have shown malice, spite or gross oversight from £5,000 to £20,000, while establishing a new labour market enforcement body “to ensure rights are protected”.

Rebecca Long-Bailey MP, the Labour shadow business secretary, also criticised the new policies, stating: “These proposals do nothing to tackle the growing number of people on precarious zero-hours contracts and with their botched Brexit deal threatening jobs and rights they’ll have to do a lot more than this to reassure workers.”

Taylor told the Guardian: “I think this is a welcome and substantive response from the government and will make a real difference to the working lives of millions of workers, particularly those in the most vulnerable positions.”

A Scottish Government spokesperson said*: “While any improvements that offer workers more protection are welcome, this report by the UK Government does not go far enough to address the issues experienced by those in low paid, precarious work, and there remains deep concern that leaving the EU will open up the potential for a significant reduction in a whole range of workers’ rights and other social protections.

“In Scotland fair work is embedded in our Economic Strategy, our Labour Market Strategy and next year we will publish our Fair Work Action Plan on how we intend to become a Fair Work Nation by 2025.”

*This comment was received after initial publication of the article

Picture courtesy of War on Want