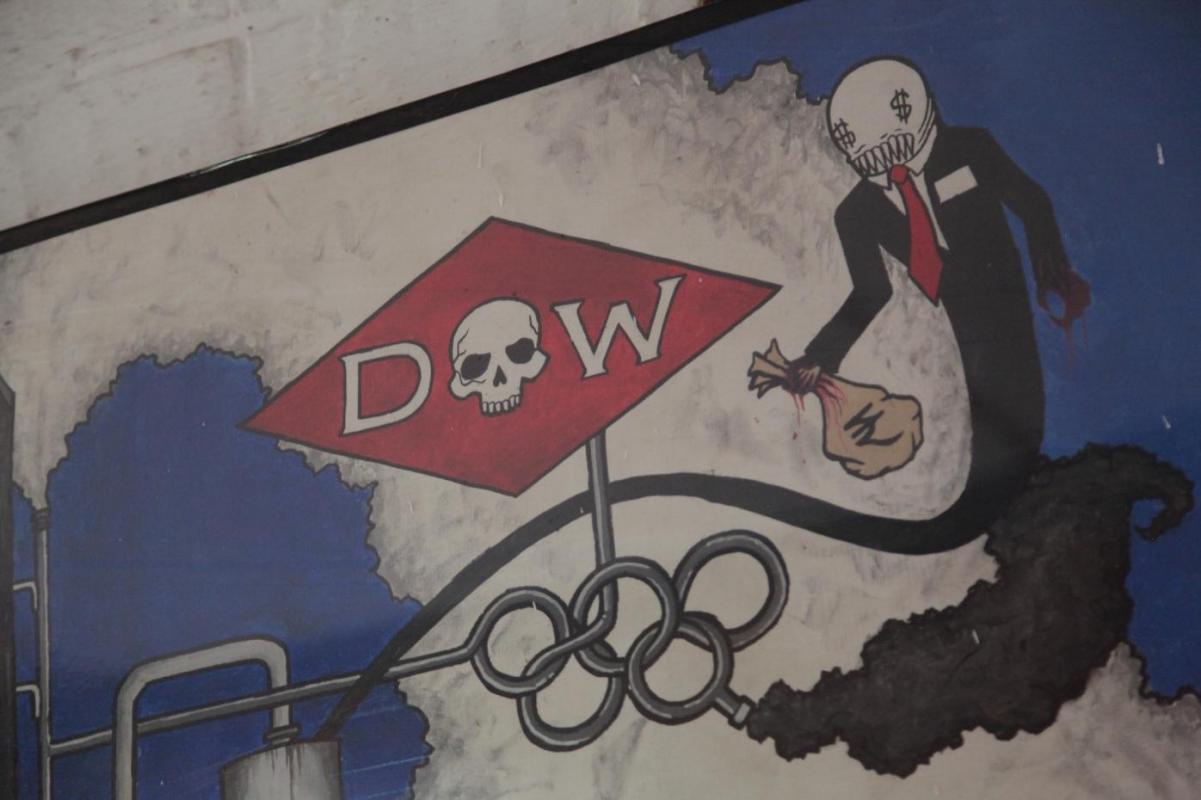 SCOTTISH activists will launch a new campaign group tonight [Wednesday 4 March] against the enduring injustice of the Bhopal disaster in India.

Members of the Edinburgh TUC will hold a public meeting to launch ‘Trade Union Friends of Bhopal in Scotland’.

The event will consider the recommendations of a trade union delegation that visited Bhopal in December 2014.

A gas leak at the Union Carbide plant in Bhopal, 1984, spread toxic material across the shanty town. Over half a million people are estimate to have been injured in the world’s worst industrial disaster.

There were up to 25,000 deaths and as many as 150,000 chronic illnesses induced from contamination from soil and water supplies.

The owners of the site, which is now Dow Chemicals, have faced criticism for failure to recompense the population for the scale of the destruction over 30 years after the disaster.

In a press release prior to the meeting, Rob Edwards of the National Union of Journalists said: “The toxic gas disaster in Bhopal 30 years ago has become one of the world’s worst social and environmental injustices.

“It has caused up to 25,000 deaths and left as many as 150,000 suffering chronic illness from lingering soil and water contamination. Yet the US companies held responsible, Union Carbide and its successor, Dow, have paid 100 times less compensation than Dow paid to women who suffered health problems due to silicone breast implants in the US.

“The US companies have repeatedly ignored summons from India courts, making them fugitives from justice. They have not even said sorry for the tens of thousands of personal tragedies caused by the accident in December 1984. It is a staggering and shocking example of corporate irresponsibility.”

Previously American satirists ‘The Yes Men’ impersonated a Dow Chemical’s spokesperson, and appeared on BBC News advocating a just settlement for the victims of the disaster. The Dow share price dropped 3.5 per cent as a result.

The event in Edinburgh will include speakers from the trade union branch and environmental campaigners.

Des Loughney of Edinburgh TUC said: “I was shocked to learn of the scale of the disaster in Bhopal and its lingering affects. It has made me determined to campaign to make sure that there are no more Bhopals anywhere in the world, including Scotland.

Kathy Jenkin of Unite the trade union and Scottish Hazards Campaign, added: “Bhopal remains the worst industrial disaster of our time, but more than that the commitment, strength and endurance of the people of Bhopal in maintaining their amazing campaigns for justice, clean water and health are a major inspiration for many of us to keep working for change.

“I wanted to be with them in the 30th anniversary year to let them know how much their work, their hope, their message means to campaigners throughout the world.”

The meeting takes place at Augustine United Church from 7.30pm.

Further information is available at this link.