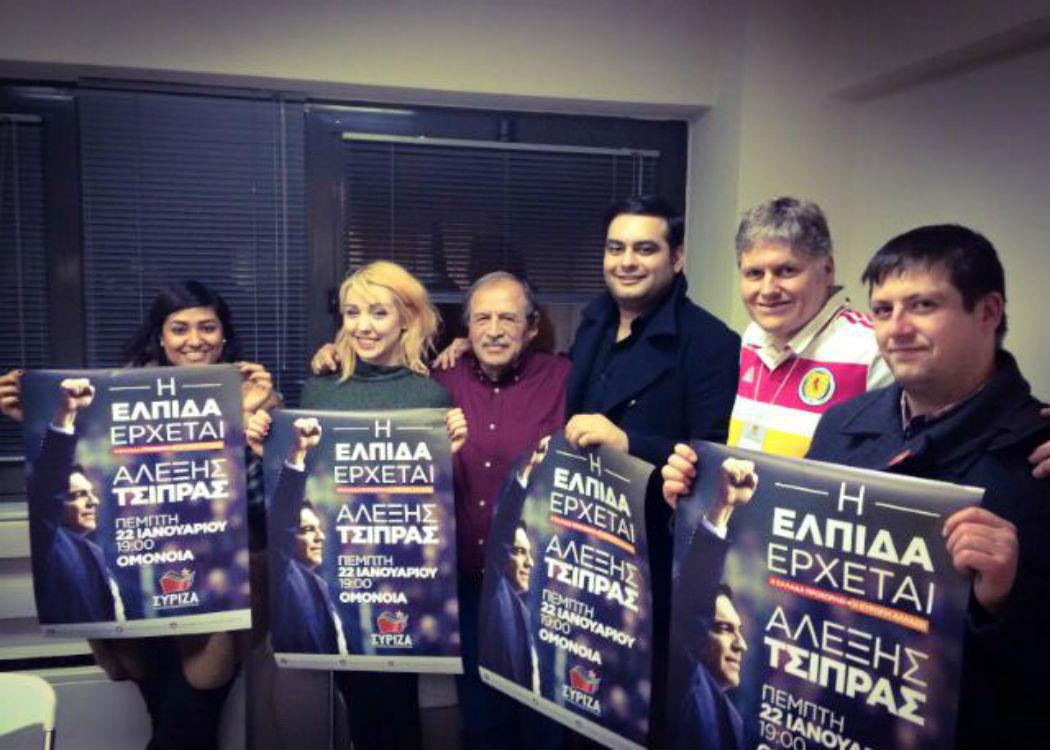 Syriza, the anti-austerity party of the left, has won the Greek elections. Scottish Journalists, politicians, trade-unionists, activists and more responded on Twitter to the historic breakthrough. Here’s a selection of the tweets:

Cat Boyd, Radical Independence Campaign co-founder, was in Athens for the Syriza victory:

Toni Giugliano works for the SNP in the EU in Brussels:

#Syriza is sending shockwaves here in Brussels and across the #EU. If exit polls correct it’s the dawn of a new Social Europe. #Greece

John Finnie, member of parliament for the Highlands & Islands:

Neil Mackay is deputy editor of the Sunday Herald newspaper:

Wishing all the best to our friends in #SYRIZA, including the Greek Greens. Today’s election could be beginning of the end for austerity.

Socialist activists in the Scottish Left Project and the Scottish Socialist Party went to Athens to support Syriza in their election bid (picture above):

Ian Bell is a journalist for The Herald:

The banking class and their politicians will now throw all the crap they’ve got at the people of Greece. #syriza#pourencouragerlesautres

Jim Sillars, former SNP MP, is a critic of the European Union:

Rejoice but be prepared,EU elite will try to crush #Syriza govt. Should remind Merkel that in 1953 West Germany had half its debt cancelled

Peter McColl is the Common Weal’s Policy Unit director and Rector of the University of Edinburgh:

We may not even be half way through the economic crisis. #Greece today may be the turning point for people against capital #SYRIZA