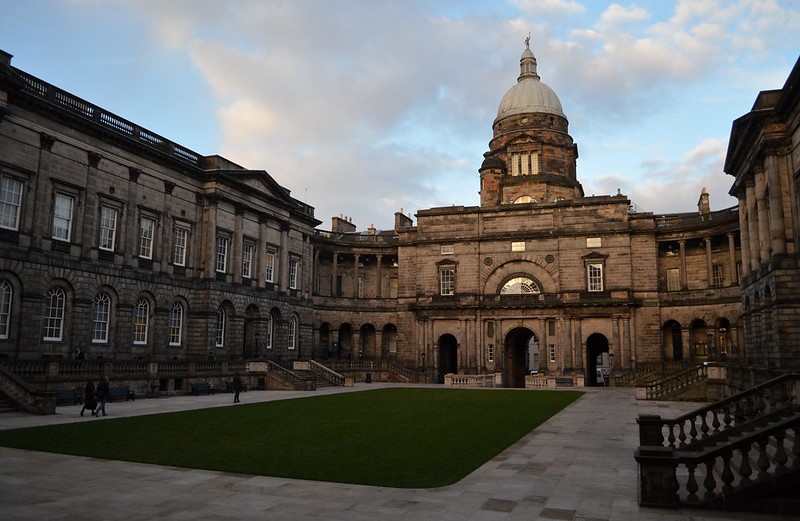 THE National Union of Students (NUS) Scotland has called on all Scottish universities “without fail” to take action to combat racial harassment on campuses, following the release of a new report by the Equalities and Human Rights Commission (EHRC).

The latest study by the equality watchdog, ‘Tackling Racial Harassment: Universities Challenged’, found that the incidence rate of racial harassment at Scottish universities was 11 per cent.

While this is lower than the 15 per cent rate found at English universities, the EHRC concludes that “in part, this is likely to reflect that England has a more ethnically-diverse student population.”

On a UK level, the report found that racial harassment is a “common experience for a wide range of students and staff at universities across England, Scotland and Wales,” with around a quarter of students from an ethnic minority background (24 per cent) saying they had experienced racial harassment since starting their courses.

Forms of harassment included racist name-calling, insults and jokes; “subtle and nuanced acts”, often referred to as ‘microaggressions’; being ignored or excluded from conversations or group activities; and being exposed to racist materials or displays.

“Our report reveals that not only are universities out of touch with the extent that this is occurring on their campuses, some are also completely oblivious to the issue.” EHRC chief executive Rebecca Hilsenrath

In contrast, two thirds of students who responded to the EHRC’s call for evidence and had experienced racial harassment said they had not reported the incident to their university. Similarly, less than half of all university staff with similar experiences said they had reported it.

Commenting, EHRC chief executive Rebecca Hilsenrath said: “We expect universities to be innovative environments that do more than just teach us how to pass exams. We look to them to help us to grow as individuals and prepare us to be good citizens. It is considerably disappointing to discover that, instead of being progressive and forward thinking, they are living in the past and have failed to learn from history.

“No one should ever be subjected to racial harassment in any setting. Our report reveals that not only are universities out of touch with the extent that this is occurring on their campuses, some are also completely oblivious to the issue. This isn’t good enough. More must be done to protect all students and staff on campus so everyone has the opportunity to reach their full potential in work and education.”

The EHCR has made a series of recommendations for governments and higher education providers to help combat racial harassment, including a mandatory duty on employers to increase protections for staff from harassment, governments ensuring the sector regulator and funding councils have adequate powers to hold universities to account, putting effective complaints procedures in place, and senior-level action on inclusive cultures.

Responding to the report, NUS Scotland Black Students Officer Franklin Jacob said: “The EHRC report lays bare the unacceptable scourge of racial harassment experienced by staff and students at University. To read that almost a quarter (24 per cent) of students surveyed had been the victim of racial harassment whilst 20 per cent of students had been racially attacked is damning. The figure in Scotland (11 per cent), whilst lower, still shows the work that must be achieved by the entire sector.

“NUS Scotland has long been at the forefront of fighting racism and division on our campuses. All universities – without fail – must take steps to address transparency of reporting procedures, provide proper redress for victims and to create a zero-tolerance culture towards racial harassment on campuses, stamping out hatred and prejudice for good.”

“We should not take any comfort from the fact that the problem is more widespread in English universities. We need to recognise the demographic differences in Scotland, and it’s distressing that one-in-ten students at Scottish universities has experienced racism here.

“Scotland is not immune from racism, and this shows how much work we still have to do to make our country more tolerant and inclusive.

“Black and Minority Ethnic students across Britain are most likely to encounter racism, so universities, the UK Government and the Scottish Government need to take action to tackle this and adopt the Commission recommendations in full.

“It’s equally concerning that antisemitic slurs have been reported, as well as anti-English sentiment.

“The fight against racism is a fight for all of us.”

However, a number of academics and student leaders have criticised the ECHR for including prejudice against white British students in the inquiry which led to the report.

Heidi Mirza, a visiting professor of race, faith and culture at Goldsmiths, University of London, said of the report: “Anti-black, anti-Asian and Islamophobic and antisemitic racism is on a different scale to the anti-English sentiment.

“The experience that the Scottish and the Welsh students might experience will not equate to what skin colour and visible difference means to students on campus.”

NUS Black Students Officer Fope Olaleye also argued that the EHRC had disregarded requests made to exclude anti-white harassment from their report.

Writing on Twitter, Olaleye said: “I remember sitting at one of the round tables and a bunch of students and myself had to explain in excruciatingly detail that ‘anti-white prejudice’ should have no place in a report on racial harassment but I see we were not listened to.”

UPDATE: Responding to criticisms regarding the report’s inclusion of anti-white harassment in its initial inquiry, an EHRC spokesperson said: “We have used the definition of race under the Equality Act which includes race, ethnicity and nationality.

“Our report is very clear that racial harassment predominantly impacts Black and Asian students. We received a small number of examples of anti-English sentiment at Scottish and Welsh universities, offensive comments about Gypsy and Irish Traveller students and examples of anti-Semitic slurs for both staff and students. To ignore these issues raised with us would have been wrong.