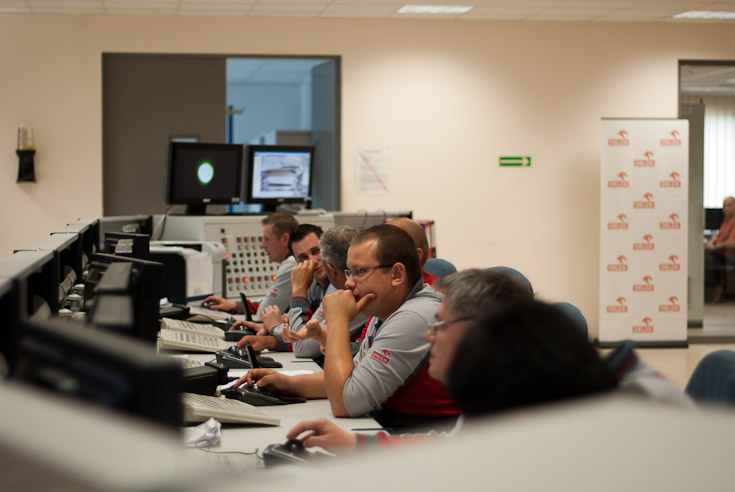 Ahead of the STUC conference kicking off today [15 April], new data revealed that companies are better run when it is owned by its employees

As the STUC’s three day annual conference kicks off today [13 April], the research found that there are around 100 companies that are owned by their employees which have a total turnover of £940 million. That’s an average of £9.4 million per business.

That compares to just over 42,000 non-employee owned businesses in Scotland with at least five employees that have a turnover of £240,536 million in 2017, an average of £5.7 million per business.

Scottish Labour leader Richard Leonard is set to tell the STUC conference at his speech today that he wants to increase the number of co-operatives and worker-owned business into the Scottish economy by introducing a right to own business law, dubbed the “Macora Law”. The new law will give employees first option to buy a company when employers put it up for sale or it’s about to go bust.

The Central Scotland MSP said ahead of his speech: “It looks like workers are beating the bosses when it comes to company turnover, which is no surprise because common ownership gives everyone a stake in the success of a company.

“In government, Labour will give more people a stake – and a say – in our economy by doubling the size of the co-operative sector and introducing a ‘right to own,’ making employees the buyer of first refusal when the company they work for is up for sale.

“Our economy should not just be left to the market. We need active engagement with Scotland’s working people to develop our economy for the many and not just the few.”

An employee-owned business, or co-operative, means the workers are also the owners, with a voting share and say over the distribution of profits, which if paid out (rather than re-invested) ends up as a dividend to the employees.

Some of the largest UK companies that are owned by its employees include department store giants John Lewis and engineering consultants Matt MacDonald Group.

Last August, First Minister Nicola Sturgeon announced the establishment of a Scotland for Employee Owned (EO) group that will create an industry strategy that supports self-sustaining employee-owned businesses to the benefit of employees, businesses and the economy.

READ MORE: ‘Two paychecks away from a crisis’: Is Ayr losing its Victorian splendour?

The group is made up of the Scottish Government, Scottish Enterprise and Highlands and Islands Enterprise.

A Scottish Government spokesperson said: “All the evidence tells us worker ownership delivers benefits to business performance, the people who work in them and the places in which they are located.

“The health of the Scottish economy depends on having a diverse range of business-types and employee ownership clearly has an important role to play in that.

“We want to make it easier for companies and workers to find out more about this model and to move towards it if it’s right for them. Partners like Scotland for EO and Co-operative Development Scotland will help to make this into a real option for businesses across Scotland.”

Dave Moxham, Deputy General Secretary of the STUC, said: “Through union organising, workers are winning power in the businesses they work for, and building capacity to take back control at work. It’s an obvious next step to take control of their own companies through collective ownership.

“Historically worker-owned companies have driven a better standard of work, wages and conditions. In calling for deliberate intervention in company ownership, Richard Leonard is making a welcome challenge against a grim market system that grinds down conditions of work.”