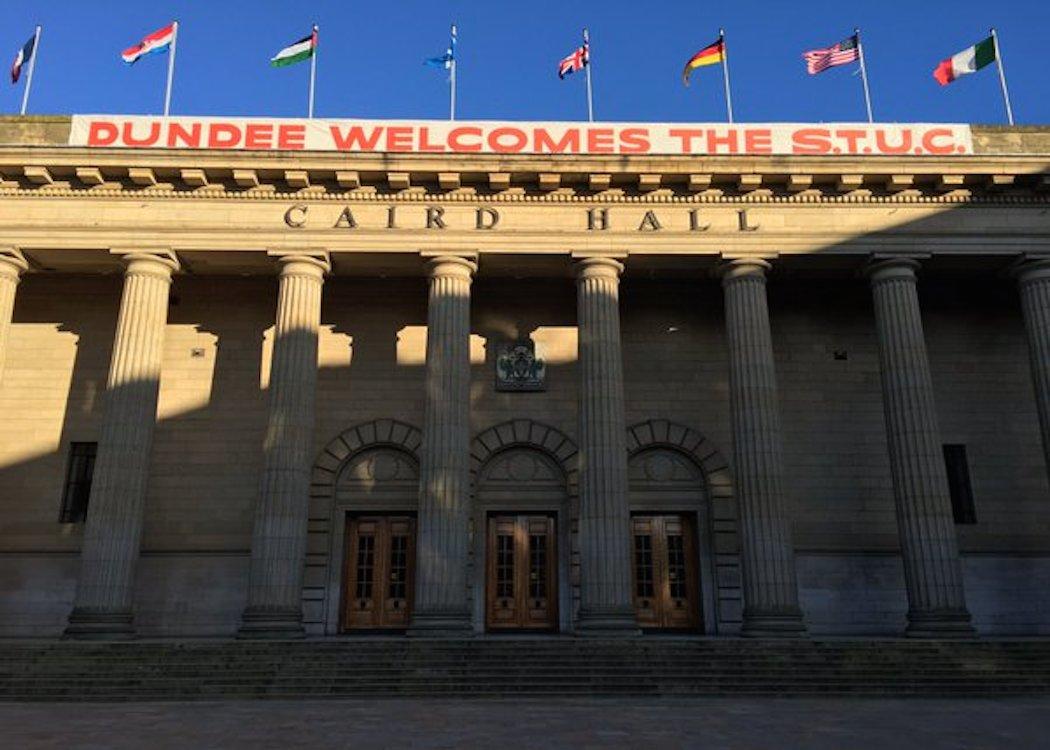 THE TRADE UNION movement should make the case for stronger workers’ rights in the face of attempts to undermine representation in the workplace, according to Scottish Trades Union Congress (STUC) president Lawrence Wason.

Wason, from the USDAW union, launched the 119th conference of the STUC this morning in Dundee as hundreds of trade union representatives met to organise campaigns and establish national policy.

Wason, sidestepping the ongoing Scottish election campaign, focused his ire on the Tory UK Government and called for the positive impact of trade union work to be recognised in law. The three day conference, the largest yearly gathering of union campaigners, will last three days and hear from SNP and Labour leaders Nicola Sturgeon and Kezia Dugdale.

The Scottish Government, councils across the UK and leading campaigners have pledged to resist the anti-Trade Union Bill.

“Declining trade union bargaining coverage is the inevitable result of anti-union law and a deregulated employment market. For far too long, economic policy has been based on keeping wages low. But falling wage share has hampered growth significantly.

“For every 1 per cent reduction in the wage share, UK national income is reduced by PS2.2bn at current values. And under the Conservative Government the world of work has become even more insecure, with over one million workers being faced with no choice but to accept zero-hour contracts.”

The trade union movement – as part of which the STUC represents 620,000 workers in Scotland – is focused on trying to defeat the Tory anti-workers’ rights measures, which will limit the right to strike, organise, campaign or even collect union financial contributions.

The Scottish Government, councils across the UK and leading campaigners have pledged to resist the legislation.

Control over trade union law in Scotland is limited, but the Edinburgh administration can influence the labour market through its public sector responsibilities, procurement deals and wider cultural practices.

Wason, discussing the ongoing work of the Fair Work Convention in Scotland, said: “It stands in stark contrast to the UK Government’s unjustified, divisive and anti-democratic Trade Union Bill.”

The conference will attempt to get through an ambitious 122 independent motions focused on the need to act for jobs, rights at work and wider equality at home and across the world.