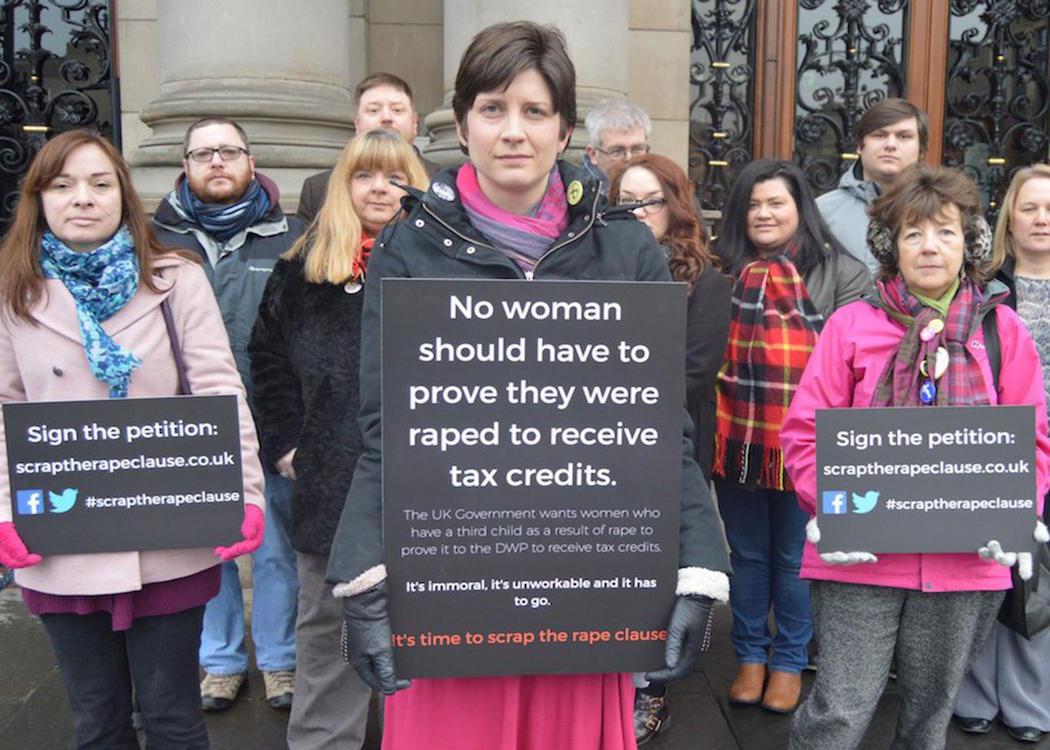 GLASGOW MP Alison Thewliss was joined by campaigners in the city centre on Saturday morning to launch a campaign against new UK Government rules which would force victims of rape to prove their assault before they could receive social security payments for a third child.

The plans, which campaigners have dubbed a ‘rape clause’, is part of Chancellor George Osborne’s proposals to limit tax credit payments to two children.

In the summer budget, a reference was made to “protections” that would be put in place for women who had a third child as a result of rape or “other exceptional circumstances”. The changes are set to appear in 2017 and it is not yet been made clear what would be required of women to ‘prove’ their rape to the Department for Work and Pensions.

Thewliss, one of the newly-elected SNP MPs, has been speaking out against the plans since they emerged several months ago. She noted that she has raised the issue in the House of Commons “on no less than nine occasions and yet the Government still can’t explain how it will work and remains hell bent on pressing ahead with the procedure.”

Campaigners for women’s rights and welfare rights joined Thewliss to mark the start of the campaign in George Square on Saturday morning. Cross-party campaign group Women for Independence came out in support of the campaign and attended the launch.

Also present was Angela Devine, manager of Glasgow Women’s Aid, who said: “We think the policy on limiting tax credits to the first two children is appalling and tantamount to social engineering, but to put a woman who has been raped in a position where she needs to declare that to a government official is just abhorrent.”

The poster campaign, using the hashtag #scraptherapeclause, will urge supporters to sign an e-petition to reverse the plans – at the time of writing [18 January] it had received 5,837 signatures. For Government to respond it requires 10,000 signatures.