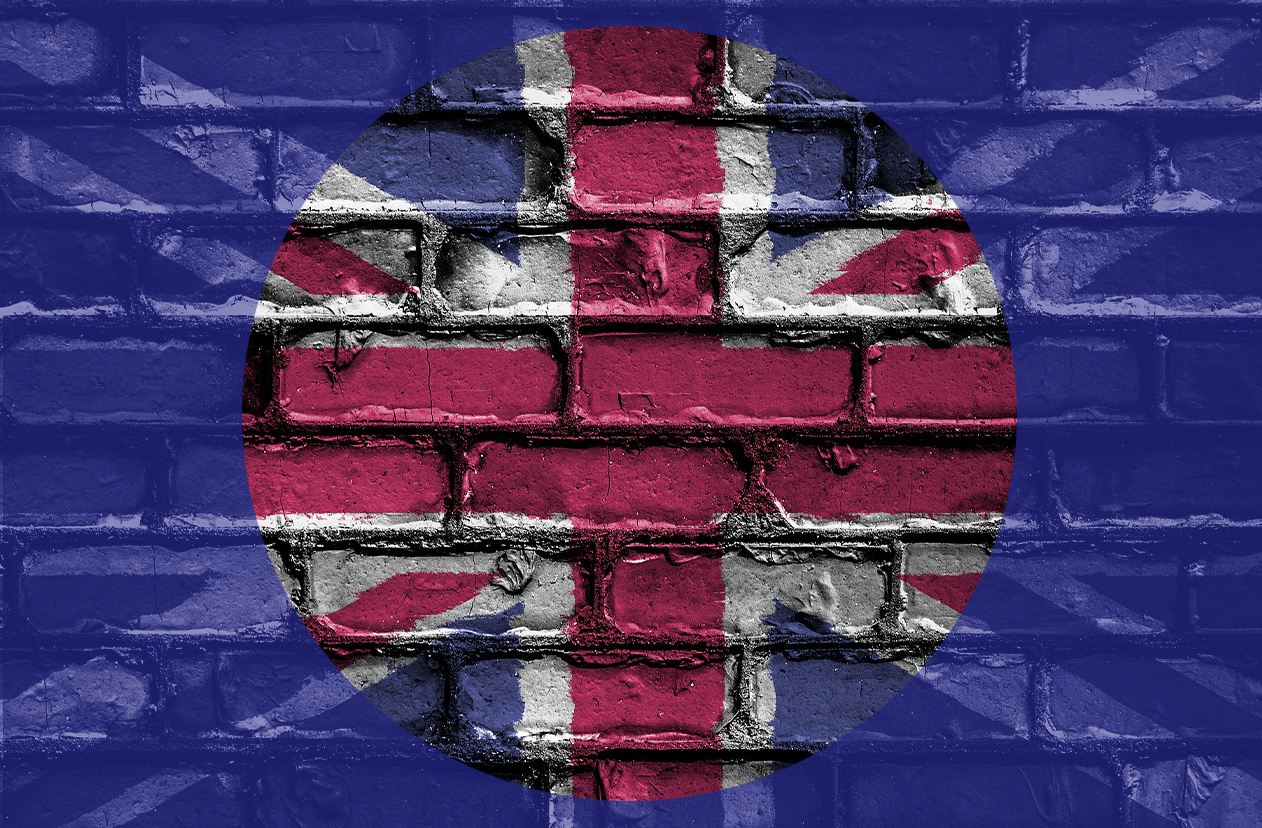 ADAM TOMKINS has worn many hats in his time – Tory MSP, Professor of Law, possibly the most inexplicable of the late Alasdair Gray’s collaborators – but he is arguably best known, thanks largely to his volunteer publicists in the media, as an expert in constitutional affairs.

There’s a lesson there about believing your own press – my friends think my lasagna’s pretty good, but I won’t be trying my luck in a Neapolitan kitchen anytime soon. Similarly, Tomkins should probably be a little more reticent about presenting himself as a whizz in these matters when operating in a country where various constitutional crises have been on a low boil for a decade, with no end in sight.

To be fair, Tomkins may have belatedly started to appreciate that if you get called an expert enough times, people will eventually start looking to you for answers more satisfying than those of Douglas Ross (admittedly a low bar, but one which most Scottish Conservatives continue to valiantly limbo under). Evidence of this can be seen in Tomkins’ article for the Spectator magazine this week, in which he calls for a new Act of Union and outlines what he thinks such a thing should entail.

In light of this, it is important to understand that above and beyond his various other identities – politician, professor, pundit – Adam Tomkins is a cop.

By this, I mean that Tomkins – as one might expect from someone of his illustrious (or at least widely-travelled) academic background – not only has a respect for the rule of law and a belief in its necessity, but holds the law in greater regard than democracy. As his latest polemic demonstrates, he fears abuses of democracy far more than abuses of law, and has absolutely no problem with the latter being used to suppress or frustrate the former. This, among many other reasons, is why you don’t trust cops.

The idea of a new Act of Union has been sleazing around Tory circles for some time now, though its advocacy has largely come from their courtiers in the right-wing media. So far, the more sensible elements of the independence movement have avoided overreacting to this notion  – a wizard wheeze in the Spectator or a pop-eyed column in the Telegraph is not necessarily government policy in the making (if it was, Britain would have reintroduced conscription and flogging by now).

Nevertheless, one of the Spectator’s few useful qualities is to act as a barometer for conservative unionist thinking, the amenability of which to a new Act of Union has only increased over the past year or so. This does not appear to be an idea that is going away any time soon, so reasonable people might wonder: what motivates it? What exactly do its proponents hope it will achieve? Who knows, in lieu of the Shadow, what evil lurks in the hearts of men?

In this case, one does not exactly need to be Lamont Cranston to figure it out – advocates of a new Act have been pretty upfront about it. They hope to employ cast-iron legislative means to place limitations upon what democracy can do – Scottish democracy for the moment, though should developments occur in Wales or Northern Ireland, there would be further ominous applications.

Citing precedent for the kind of fetters he would like to see placed upon the will of the people, Tomkins looks jealously to foreign shores, making a series of risible international comparisons that could have been cobbled together by anyone with access to Wikipedia, an axe to grind and a casual approach to detail.

The supposedly indissoluble nature of the United States, for instance, was to some extent codified in the aftermath of the US Civil War, a conflict which left at least 620,000 Americans dead and inflicted a trauma upon the republic that endures to this day. I am aware that many unionists found the 2014 independence referendum to be a miserable experience, but I think it’s fair to say no part of the campaign leading up to it was equivalent to goddamn Gettysburg.

When Tomkins refers airily to the case of Catalonia, on the other hand, he is all too aware of the differences between that nation’s struggle for self-determination and the Scottish situation, as evidenced by his admiration of the anti-democratic obstinance of the Spanish Constitutional Court – further proof, as if it were necessary, that when Tories (and more than a few of their unionist fellow-travellers) saw, along with the rest of the world, Catalans bullied and bloodied for the crime of approaching a polling booth without authorisation, they not only considered the thuggish actions of the Spanish state justified, but felt those on the receiving end deserved everything they got. Tomkins, in case you’ve forgotten, did some of his earliest academic work on the legal basis for human rights. In some circles, this might be considered irony.

He also waffles about Quebec for a bit, because comparisons between the federal setup of a colonised Canada and the distinctly non-federal UK are always made in good faith. Lesley Riddoch, whose response to Tomkins was also published by the Spectator this week, unpacks a few of the many problems that become clear once federalism becomes part of the argument: “Properly federal states within the US and Canada cannot have their rights undermined at a stroke by wheezes like the Internal Market Bill or the current Westminster attempt to block Scottish legislation.”

None of this bothers Tomkins, so envious is he of those who have made their own constitutional settlements strictly non-voluntary. “We have no such legal clarity in the United Kingdom,” Tomkins warns. “Here, it seems, we can be threatened with referendums that have the potential to break up our country whenever a Nationalist government in a devolved administration says so.”

As a quick sidebar: can we? At the risk of conflating Tomkins’ opinions with those of his right-wing unionist confrères, this once again displays either the confusion or outright dishonesty of Tory thinking. You can grumble that the SNP or any other pro-independence party can never win a mandate in Holyrood because such matters are reserved, or, as Douglas Ross recently attempted while begging for votes, you can try to scare the horses by suggesting they can. You cannot do both.

We are in an odd situation where the independence movement seems to understand that Boris Johnson could once again refuse a Section 30 order – an understanding that has fed much of its recent internal squabbling – but his party’s representatives in Scotland do not. Whether this has anything to do with the fact that unionist doom-mongering is pretty much the only thing that has won the Scottish Tories any votes for the majority of this century is open to speculation.

Tomkins acknowledges that Johnson will, in all likelihood, say no to demands for another referendum if the SNP win an outright majority (an electoral result that is far from guaranteed), but worries that “he will be castigated for doing so”, and that as “an English Tory denying Scotland her voice”, there is a risk that such a move would only increase support for independence. Imagine the level of existential insecurity it must take to advocate legislative safeguards against the unpopularity of Boris Johnson. In this sense, a new Act of Union would be following in the great British democratic tradition – disliking Tories is permitted, but any actual consequences of that dislike are not.

“How much better if it wasn’t just a Tory prime minister telling Scotland that it could not re-run a vote held only a few years ago, but the binding law of the land,” Tomkins sighs plaintively. This line of reasoning in particular hinges upon treating the Scottish people like chumps. While Tomkins asserts that “the United Kingdom is perfectly entitled to take to the law to defend itself”, we are equally entitled to recognising when the “law of the land” has been put into force by a Tory prime minister simply to cover his own ass. Much like Judge Dredd, Boris Johnson would be the law – though I doubt he would inspire similar obedience.

By this point however, Tomkins has flown off into realms of lysergic unionist fantasy, dreaming of how a new Act of Union would not only lay down the law on the circumstances under which one of the UK’s constituent nations could secede, but could “impose obligations on governments and public bodies throughout the land to act with fidelity towards – and not to undermine – the territorial integrity of the country.” As precedent, Tomkins suggests the UK “copy and paste” similar provisions from European Union membership, smugly congratulating himself for hoisting Europhile Nats with their own petard.

Putting aside the fact that such a move would once and for all expose all Tory Brexiteer rhetoric as a hypocritical sham, it is one thing to float such an idea – which hypothetically could entail putting severe limitations on just how far Scotland could vary from the UK norm on even devolved matters – but quite another to put it into practice. How exactly does one rein in an errant Scottish Parliament that has wandered too far from the status quo – on taxes, education, civil liberties, or much else besides – without fatally undermining devolution itself?

Either such questions have not occurred to Tomkins, or he doesn’t care. Regardless, a new Act of Union as he describes would not only curtail the future of Scottish democracy, but would dismantle Scottish democracy as it currently exists. Despite Tomkins’ previous claims that his problem is not with devolution itself, but with those who have been running it since 2007, a cynical soul might suspect otherwise.

The final problem with Tomkins’ proposed Act – the one which hinges the most upon the unknown, and could potentially leave unionists and nationalists alike in uncharted territory – is the presumption that his own slavish regard for the rule of law extends to all others.

There is obviously some evidence for this – by and large, the SNP have distinguished themselves from the more radical elements of the Catalan independence movement in their adherence to ‘legalism’. Yet as Séamus McGuigan presciently wrote in Source last October, “the legalist tactic also carries with it the huge and perhaps insurmountable risk of, should it fail, legitimising the British government’s refusal to grant a referendum by endowing it with the finality of judicial imprimatur… Opposition to the legalist strategy is not an endorsement of a lawless state, but merely an assertion that to submit to the logic of British law now is to lend it credibility when it is inevitably weaponised as an instrument of oppression.”

So far, the British state has had little reason to worry that such a view would become dominant within the SNP. Despite current SNP policy suggesting that moves could be made to arrange a second referendum if a Section 30 order was denied, any UK Government preventing this would be fought in the courts; the ‘legalist’ approach, for now, still holds sway.

More to the point, Catalonia’s outlaw referendum in 2017 was preceded by years of preparation, on all levels of Catalan civic society, to engage in democracy as an act of mass civil disobedience. As far as we know, no such preparation has taken place in Scotland. A new, authoritarian Act of Union might change that. Do the Tories really want to leave us with no other option?

Last week, Douglas Ross accused Nicola Sturgeon of wanting to bring “scenes from Catalonia” to Scotland if an “illegal” referendum were pursued. If a new Act of Union were to cement that illegality, then it would be Westminster that brought us to that point, not the Scottish Government. Democracy would become the jurisdiction not of politicians and the people, but police and the state they serve.

Then again, Adam Tomkins is a cop. That may be how he prefers it.