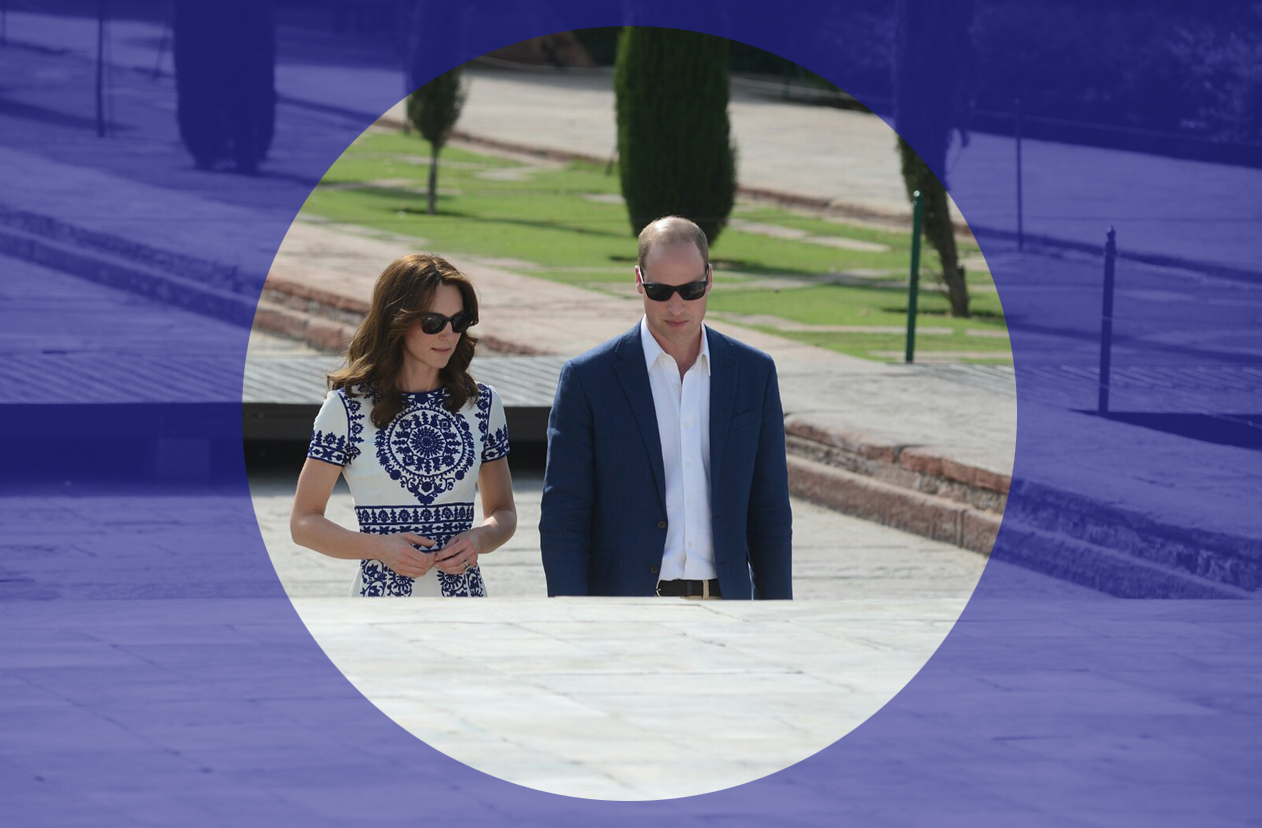 “Advocates of independence will almost inevitably be judged as insufficiently deferential to ‘the Firm’ whether they actually exhibit any hint of republican sympathy or not – which raises long-overdue questions about the SNP’s current approach to that phantasmagorical institution.”

FOR innumerable reasons, no one would ever mistake Nicola Sturgeon for Oliver Cromwell.

Not before yesterday anyway, when the Duke and Duchess of Cambridge arrived in Edinburgh by ‘royal train’ and were greeted by a piper playing ‘Santa Claus is Coming to Town’ – a musical selection which could, given the circumstances, be considered a rather cruel case of bait-and-switch.

The visit was part of a three-day, 1,250-mile tour of the UK by William and Kate, intended to bolster the festive spirits of frontline workers who have laboured diligently throughout the pandemic. The fact that restrictions on crossing the border or engaging in unnecessary travel are still in place does not appear to have played a part in the couple’s thinking – unless the excursion was secretly a cunning ruse to distract attention from a mediocre Netflix soap opera.

There may well be people throughout the UK who, after a hard, strange year, were genuinely enthused by the royal presence. Some of us are cheered up by the unlikeliest things – foot baths, homebrewing, Dungeons and Dragons – but most of them don’t require the flouting of nationwide public safety ordinances. True, there is a certain poetic symbolism to it – the metaphorical implications of the duke and duchess being possible vectors for a stubborn disease Britain would be better off without are difficult to avoid – but on balance, it probably wasn’t worth the risk.

Whenever this oversight was brought up, what was said arguably attracted less attention that what remained unspoken. Addressing the royal visit on Monday, the first minister commented: “The Scottish Government was advised about the intention to visit, and we made sure that the royal household were aware, as you would expect, of the restrictions in place in Scotland so that could inform both the decision and the planning of the visit. Any more questions on that should be directed to the royal household.”

Elsewhere, Welsh health minister Vaughan Gething admitted he would rather no one was making “unnecessary visits” while his country was faced with rising cases of Covid-19 infections, whereas a No 10 spokesperson initially tried to pass the buck as “a matter for the Palace”, before Downing Street eventually rushed out an awkward endorsement of this “welcome morale boost.” Enthusiasm from all three governments was, let’s say, less than palpable.

Predictably however, it was Sturgeon that faced the most criticism for the duke and duchess’s “lukewarm” welcome, inspiring the wrath of former Sun editor and paragon of decency Kelvin MacKenzie, who expressed satisfaction that the couple had taken no notice of the “nauseating dwarf” trying to warn them away from “Jockestan”. Furthermore, Tory MSP Murdo Fraser – who knows a thing or eleven about deference to the Queen and all associated with her – accused the first minister of pandering to republicans within her party.

While some of this is unsurprising – it’s Kelvin MacKenzie, what the hell did you expect? – Darth Murdo’s suggestion merits some unpacking. I am willing to bet I know more SNP republicans than Mr Fraser, and as far as pandering goes, this is pretty thin gruel. If republicanism is a constituency Sturgeon genuinely seeks to curry favour with, she’ll need to up her game: quote Tom Paine at FMQs, crack the occasional guillotine joke… or maybe even reintroduce the subject of monarchy to the wider discourse around Scottish independence.

One of the many things that renders the Royal Family useless is that it has no fresh lesson left to teach us – we’ve seen it all before. So it is with Will and Kate’s extended jaunt around the UK. Yes, the royals can do things the rest of us cannot; their daily existence is one of unimaginable, unjustifiable privilege, and by the backwards logic of Britain, suggesting they abide by the same rules as everyone else is considered more outrageous than the fact they demonstrably do not.

Equally, the backlash Nicola Sturgeon has received for saying not very much at all does not tell us anything new, but in light of Scotland’s present political circumstances, it might be worth repeating: advocates of independence will almost inevitably be judged as insufficiently deferential to ‘the Firm’ whether they actually exhibit any hint of republican sympathy or not – which raises long-overdue questions about the SNP’s current approach to that phantasmagorical institution.

To be clear, there are and always have been outspoken republicans within the SNP, and for all the talk of the party’s adamantine internal discipline, they are still largely indulged by the high command. Recently, SNP MP Ronnie Cowan made an unapologetic call for the monarchy to be scrapped, arguing that “the concept of a family born to reign over us belongs in the dustbin of history.”

You’ll find similar quotes from similar figures if you comb back through the years and decades; nevertheless, SNP republicanism has realistically not been an organised or potent force since the 79 Group was a going concern. The present SNP leadership does not go looking for any fight it can avoid, while those who have made the curious calculation that a left-wing rebellion can be mounted while rallying around Alex Salmond probably do not wish to be reminded of the former first minister’s grovelling respect for the crown, or the tradition to which he belongs.

Republicans and independence supporters alike seek to radically rewrite the inherent absurdity of Britain’s constitutional reality; it might not be the worst idea if they sought to learn from each other. If the SNP is to be the main vehicle in achieving independence, that responsibility falls upon them, not least because of the febrile debate elicited by last month’s party conference over what exactly constitutes the SNP ‘Left’.

If the party proves resistant to such debate however, the wider independence movement will have to pick up the slack. The most recent and eloquent attempts to do so has come from the Republican Socialist Platform of the Radical Independence Campaign (of which, full disclosure, I am a member), whose contributions bear close examination in the days to come.

Contrary to what some would have you believe, republicanism is not a hobby-horse – one pet issue among the many that ebb and flow throughout the independence movement, jostling for attention but ultimately secondary to the goal of self-determination. It is, I would contend, the cause through which every political current within that movement – all the ones worth a damn, anyway – might be unified into a coherent and compelling whole.

Without it, nationalists can only attempt fruitlessly to explain what definition of sovereignty still includes the crown; leftists may embark once again on the search for the elusive parliamentary road to socialism (passing a few bleached Corbynite skeletons on the way); and those who wish to see an independent Scotland with social and economic justice at its heart will struggle for lack of a constitutional republic in which such principles can be embedded from the outset. If, as Mike Small argued last week, liberation for all must remain the end game for an independent Scotland, then steps must be taken not only to secure that liberation, but make it permanent. A republic is the clearest way of doing so.

Until then, remember: the only king worth recognising is Elvis – and I doubt he’ll be turning up in Edinburgh anytime soon.