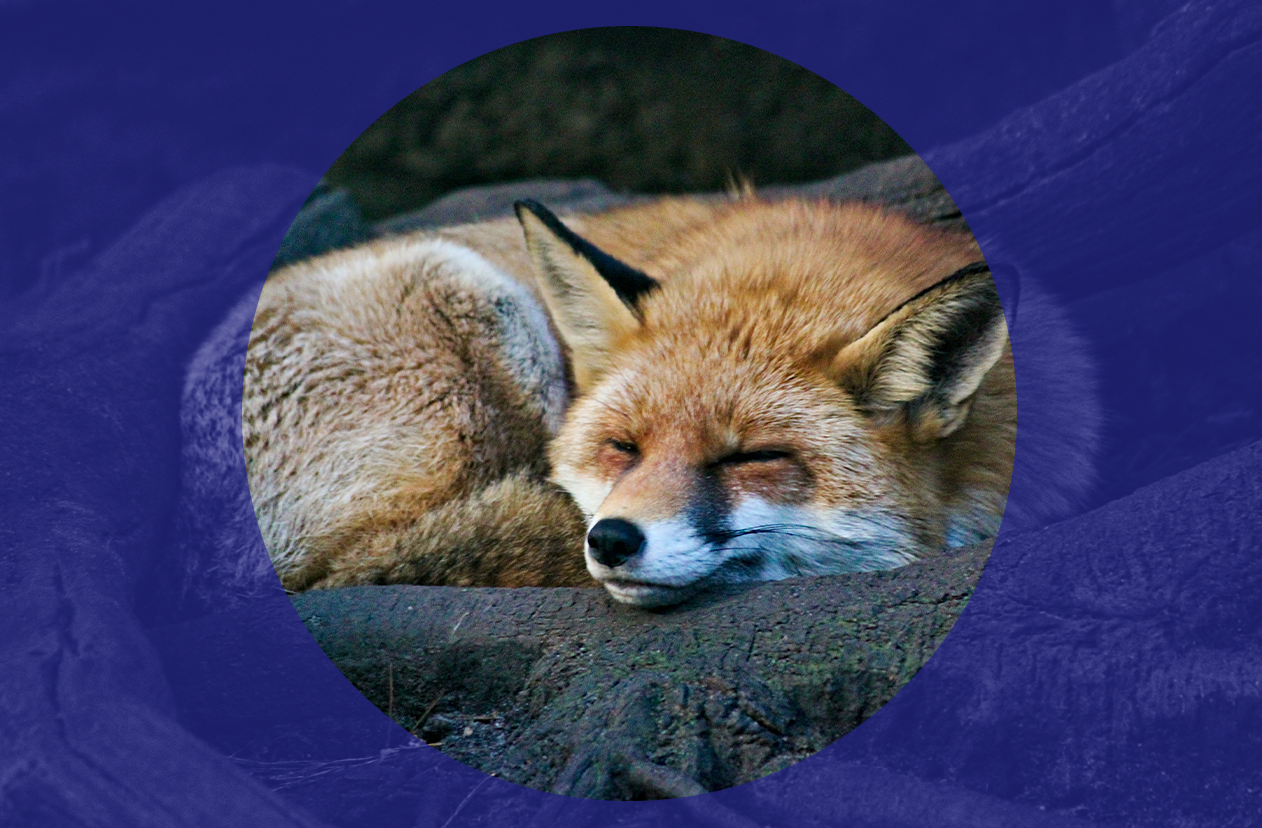 “No matter how strict the law on hunting with dogs is made, the question persists of how effectively it can be enforced across the vast tracts of Scotland that remain under private ownership”

THE IRONY of it is, if we’d just leave them alone, the foxes would be fine.

A natural survivor, the European fox is incredibly adaptable, capable on making its habitat in woodland, upland or farmland, thriving in rural or urban environments, and living off an eclectic diet of berries, fruit, rabbits, rodents, birds and invertebrates. Left to its own devices, the fox will make a home and live its life, its only impact upon human existence being to eat our plentiful garbage and look damn adorable.

According to the Woodland Trust, adult foxes “have no natural predators in the UK.” This is not strictly true. As the Scottish Society for the Prevention of Cruelty to Animals notes: “Foxes greatest predator is humans” – though there is nothing natural about what we do to them.

Scotland was given cause to remember all this yesterday [5 April] by the Scottish Greens’ pledge to finally ban fox-hunting in Scotland. This statement of intent may come as a surprise to all those who assumed such a ban was introduced in 2002, not least because of the furore it triggered at the time. Yet while fox hunting with dogs is no longer legal, a loophole persists which allows an unlimited number of dogs to chase foxes from cover so they can be shot – ostensibly, to protect game birds or livestock. With grim inevitability, this loophole has been exploited, and will continue to be until it is finally closed.

Green MSP Alison Johnstone proposed a bill in 2019 to do just that, along with providing greater protection for mountain hares. While hares won protections in wildlife laws last year, Johnstone is not wrong when she says “the job is only half done.”

Though the party may be in electioneering mode, this is not the first time the Greens’ have raised the matter: last December, ahead of the obnoxious tradition of Boxing Day hunts, their environment spokesperson Mark Ruskell highlighted the loophole in legislation and called for an outright ban – just as they had the year before.

As Ruskell said then: “Hunts still go out, pursuing and killing foxes, with hundreds of foxes thought to still be killed by hunting dogs. Even this year, when many of us have been restricted to our homes by unprecedented public health measures, hunts have continued.”

Ruskell’s comments were no idle claim – they came less than two months after the League Against Cruel Sports shared footage of foxes being chased down by packs of dogs. The Scottish Government, Ruskell added pointedly, “claims” to oppose fox-hunting: “So ministers must end this barbarism once and for all.”

Thus far, the Scottish Government’s position is that action will be taken – just not yet. Officially, Holyrood ministers intend to implement the recommendations of Lord Bonomy’s review of fox-hunting – which concluded in 2016 – but the necessary legislation was amongst the raft of Bills postponed due to the Covid-19 pandemic until after the 2021 election.

Still, even if some may question the government’s commitment to addressing the problem, given animal welfare groups’ criticism of rural economy minister Fergus Ewing over his apparent backing for so-called ‘fox control’ with hounds, it will have no further excuse for delays if the SNP is returned to power next month; whether they face pressure from Green MSPs or not, they should be held to their earlier promises.

Hopefully, this means that the issue of fox-hunting, a practice which should have been consigned to history around the same time as nu-metal, will soon return to prominence in Scottish politics, and finally be resolved. In anticipation of this, it is worth reflecting upon earlier attempts to ban the practice, and the challenges further reform may still face.

As older readers may remember, the Protection of Wild Mammals (Scotland) Act was passed in 2002, despite a petulant and ultimately unsuccessful attempt by the Scottish Countryside Alliance to block its introduction in the Court of Session. Nevertheless, the imperfections of the new law quickly became apparent, with the Guardian reporting in 2004 that “nine of Scotland’s 10 mounted hunts have survived”. That same year, despite protest marches, conflict with the House of Lords and the first invasion of the House of Commons since the reign of Charles I, the Hunting Act 2004 banned the hunting of wild mammals with dogs in England and Wales.

Both pieces of legislation triggered an explosion of unbridled paranoia and toxic resentment amongst those who claim to speak for rural Britain (but who strangely never have much to say about rural poverty or inequality) and inspired an epic psychodrama within the collective consciousness of Torydom, the after-effects of which lingered for years to come.

There was, for example, absolutely no good reason for David Cameron to revisit the issue of fox-hunting, and certainly no good reason for him to think he might be successful in repealing the Hunting Act. And yet, he could not resist picking at the scab, apparently convinced of the need to throw some red meat to the rabid party he had supposedly ‘modernised’, until he was forced to shelve a parliamentary vote in 2015 once it became clear he would lose.

In a way, the debate was also an insight into the future of politics, allowing some of the richest people in this country, for whom membership of the British establishment was a birthright, to pose as an embattled minority facing oppression from ‘liberal elites’. If you weren’t there at the time, trust me – you cannot imagine just how much pompous, florid rhetorical guff was spouted about fox-hunting being a “way of life”, about the necessity of controlling the fox population, about the economic calamity that would result from a legal ban, and perhaps weirdest of all, about the sinister ulterior motives which defenders of the blood-sport attributed to those seeking its abolition.

In one of the most unfortunately memorable examples of his nebulous talent as a prose stylist, Boris Johnson wrote in 2005 that he enjoyed hunting with dogs in part because of the “semi-sexual relation with the horse”, which is one of those phrases that leaves you wanting to bleach your brain.

Our current prime minister also argued that the ban was “not about cruelty” but was instead “a Marxian attack” by the then-Labour government on Britain’s upper class (a reminder that there was genuinely a time when Tories not only held the view that Tony Blair was some kind of socialist idealogue, but repeatedly attacked him as such with a straight face).

Johnson was not alone in making this characterisation. Despite some rather feeble attempts from the Countryside Alliance and other defenders of hunting to pass off the pursuit as something people from all classes and backgrounds could enjoy, the prominence of a certain kind of class background amongst participants was never hard to discern, and thus came to inform the argument.

In recent years, as certain people’s understanding of class has become increasing aesthetic and less concerned with material factors – i.e., who has lots of money and who doesn’t – conversations in this vein may seem increasingly complicated. Sometimes, however, the aesthetic is not counter-intuitive, and you remember that Britain is one of the few places in the world where a good segment of the upper class can be identified by their uniform. To see a hunt in preparation, riding around in their red and white clown outfits with curious delusions of dignity, is to witness a group of people making a statement – not just about who they are, but whose land this is, and who makes the rules.

In 2009, as Labour began to organise a campaign against David Cameron’s doomed attempts to repeal the Hunting Act, then-Environment Secretary Hilary Benn was at pains to emphasise that hunting was not a “class issue” (to New Labour, what was?). As cringeworthy as this was, one could understand why some opponents of fox-hunting felt that talk of class undercuts the strength of their argument. They oppose a small animal being chased down by a pack of dogs and then torn apart because it’s barbaric and cruel – end of discussion.

Nevertheless, let’s say that opposition to fox-hunting could be both a matter of class and animal welfare. Let’s further assume, just for giggles, that there are those who don’t shrink from the idea of class conflict as readily as Hilary Benn.

There were no doubt those who, back in the 2000s, feared that the end of fox-hunting in Britain would be equivalent to the storming of the Winter Palace. Such people decided long ago that reality was a nice place to visit occasionally, but they’d rather not live there. The rest of us, meanwhile, must accept what we probably already knew: even if class war was the end-goal of fox-hunting’s abolition, it wouldn’t work. The loss of their prized, disgusting pastime might have outraged and frustrated the British upper classes, along with the sort of old-school English Tories whose natural home is not the countryside but a book of caricatures, but in the end, their position in our society, and the power structures which cement it, remain untouched. Challenging that will require greater ambition.

In the context of contemporary efforts to finally end fox-hunting in Scotland, all of this is relevant, even if that relevance is qualified. While hunting with dogs does go on, and will continue to do so until loopholes are closed and enforcement is taken more seriously, its erstwhile defenders have largely given up hope on seeing it fully legalised again. Public opinion appears solidly anti-hunting: according to a 2018 public consultation, between 94 and 98 per cent of respondents support the reforms proposed by Lord Bonomy following his review. If you want to know what it looks like when the British Right loses a culture war, this is it.

The Scottish Greens, predictably enough, have not dressed their latest campaign in the language of class war – they are not the type to use animal welfare concerns as a proxy for anything. Even so, they should also appreciate that fox-hunting is not something which can be divorced from attendant political issues. This is something they, along with campaign groups like the Revive coalition, understand well when it comes to grouse-shooting, the end of which cannot come about without grouse moor reform.

No matter how strict the law on hunting with dogs is made, the question persists of how effectively it can be enforced across the vast tracts of Scotland that remain under private ownership, where for some – particularly those who can afford it – a mindset of insulation and entitlement endures. There are still those who consider death to be a way of life, and they will undoubtedly resist any efforts to legislate away their whimsically gruesome approach to ‘pest control’. Whether the Greens want to wage a class war or not, they should bear in mind that the interests which control much of Scotland have no such compunction.

With luck, those interests will be defeated. In the meantime, I would urge you to consult the Scottish SPCA website, which offers advice on what to do should you encounter a sick or injured fox: call their Animal Helpline immediately on 03000 999 999, which will provide advice and attend the situation as quickly as possible.

In the meantime, “do not do anything which could cause further stress” to the animal. ‘Nuff said, really.