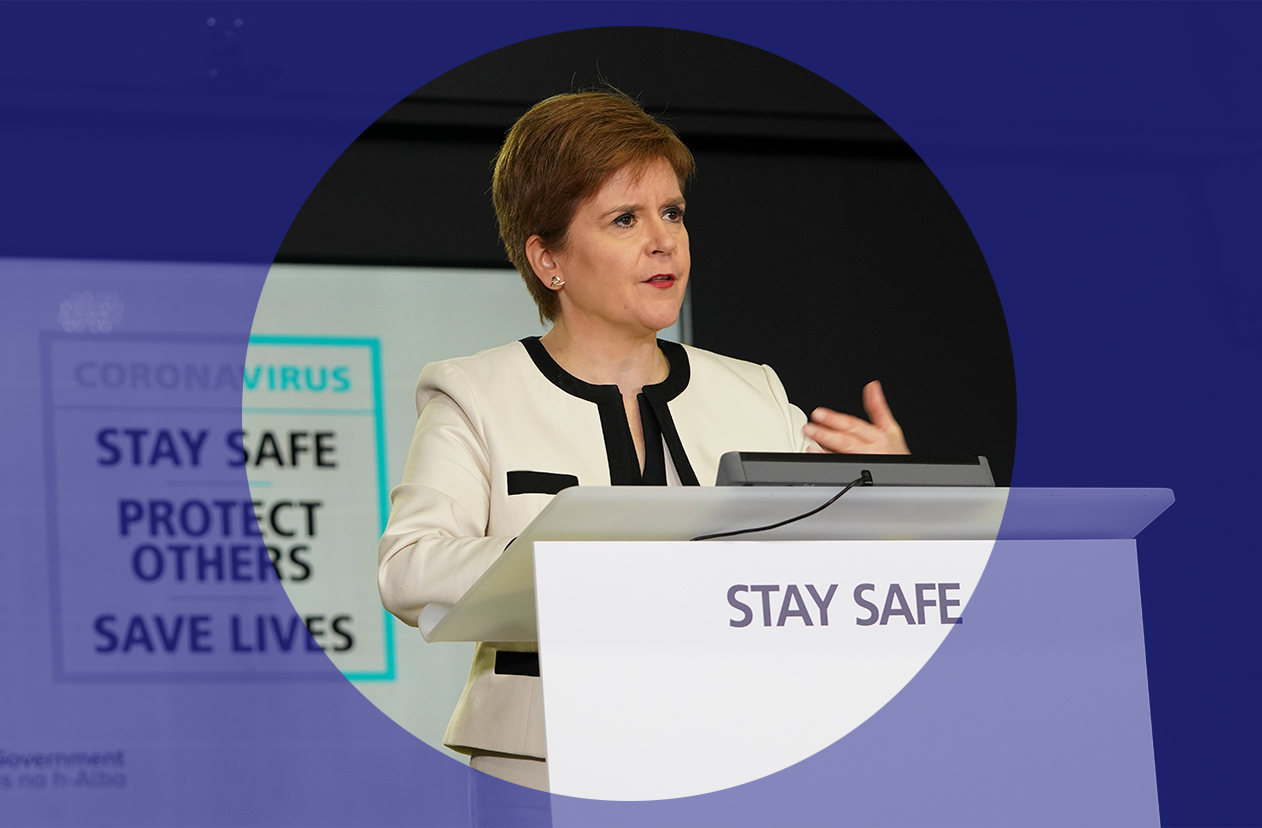 “Those few interesting questions which might have emerged from the controversy have been almost entirely overlooked. The first is not whether Nicola Sturgeon has used her briefings for political purposes, but rather: should we care?”

IF the BBC has any great skill, it is for pleasing no one.

This enduring talent was confirmed once again by the week’s worth of febrile controversy that followed its decision to cease televising First Minister Nicola Sturgeon’s media briefings on the Coronavirus pandemic, which the corporation yesterday announced it had reversed. The U-turn is unlikely to put the matter to rest.

The BBC’s confirmation on Thursday that it will continue to screen the briefings will likely rankle with those who believe Sturgeon’s daily updates and the exposure afforded them are an affront to democracy, impartiality and the public interest. Just as predictably, the announcement will be welcomed by those who consider the briefings to be of national importance, and suspect their attempted cancellation was a grubby, politically motivated attempt to derail the prominence and public sympathy the crisis has bestowed upon Sturgeon.

Perhaps the most risible widespread criticism of the briefings came from those who grumbled that they are unremittingly grim and had a negative effect on public morale. This may speak to my own limitations as a journalist, but to my knowledge no-one has yet hit upon the formula for providing daily updates on a global pandemic in a cheerful, uplifting manner. Anyone complaining about “zooms of doom” should tell it to the dead – or at the very least, the 54,000 people who signed a petition calling for the BBC’s coverage of the briefings on terrestrial stations to be reinstated.

Nevertheless, claims from opposition parties that the first minister has used the briefings as a “party political broadcast” will not be dispelled so easily – as far as they’re concerned, the disingenuousness of such objections is too useful.

Sturgeon’s briefings have allowed her to elucidate on the restrictions the Scottish Government has faced under the present constitutional arrangement while combating Covid-19. Some believe that this amounts to partisan opinion, which should not commingle with statements of fact. That, in itself, is a matter of opinion – not least because it implicitly suggests keeping the public informed should involve saying nothing but nice things about the UK Government.

In an almost certainly doomed effort to settle the controversy, BBC Scotland director Donalda MacKinnon has offered assurances that the BBC’s future coverage will “incorporate other voices and perspectives alongside the briefings… involving politicians from across the political spectrum.” This presents an interesting challenge to those who have thus far carped at the sidelines: will they hold themselves to their own standards, offering only neutral commentary? Or will they indulge in the kind of bare-knuckled partisanship which last week supposedly justified pulling the plug?

An interesting quandary – I suspect most of us can guess the answer – but not one which was ever the main concern of Sturgeon’s critics. It has not escaped their notice that the first minister’s personal ratings have risen exponentially over the course of the pandemic, alongside with successive polls showing a pro-independence majority. The fact that the unionist parties have no greater solution to this beyond trying to get the first minister off the nation’s screens indicates both their desperation and the dearth of ideas among those seeking to defend the British state. Despite countless opportunities for self-reflection and reinvention, they cannot shake the conviction that the popularity of Sturgeon and the SNP must be a con, a trick, a cruel joke played on them by reality which can be rectified by rigging the game to their enemies’ disadvantage.

Meanwhile, despite the predictable outrage from high-profile SNP politicians over the BBC’s original decision, the controversy has been useful for the party. It has fed the independence movement’s long-standing suspicion of the BBC, revealed the gulf that exists between unionist hysteria and large chunks of the Scottish public, and framed Sturgeon as the victim of efforts to silence her at a time of national and global crisis. They will have even less impetus to move on from the issue than their embittered unionist opponents.

In other words, debate over the alleged politicisation of Sturgeon’s Covid briefings has been almost entirely political in nature, to the surprise of absolutely no one. Because of this, those few interesting questions which might have emerged from the controversy have been almost entirely overlooked. The first is not whether Nicola Sturgeon has used her briefings for political purposes, but rather: should we care?

Personally, I have little time for those who act shocked when a politician speaks and acts in a political manner. Everything is political, and to pretend otherwise serves no one but those which wish to abuse the lie for their own ends. Besides, how exactly are politicians – particularly those in power – supposed to discuss matters that result from political decisions, which will have political consequences, in a non-political manner? (Answers on a postcard, please.)

Contrary to what one might assume from the loudest criticisms Sturgeon’s briefings have endured, the fact they have highlighted the divergences between Edinburgh and London throughout the pandemic is not a scandalous break with historical precedent. A head of government giving regular updates to the nation – either directly or mediated through the press – is not a new concept, and neither is the using such messaging for political ends.

From 1933 onward, President Franklin Delano Roosevelt took the airwaves for the first of his famous ‘fireside chats’, which are still widely attributed with guiding the United States through the worst of the Great Depression; the fact that they were propaganda by any honest definition did not stop them setting the model for the how subsequent US presidents would engage with the American people. More recently, the late Venezuelan President Hugo Chavez used his own personal television show Aló Presidente (which was considerably more entertaining than anything Roosevelt ever managed) to address the nation, announce policies, and nationalise anything that looked at him funny.

It should not need pointing out that Sturgeon’s briefings have been mild by comparison; regrettably, no one will mistake our first minister for FDR or Hugo Chavez. But their regular addresses are united by the frustration they inspire in their critics – not for being partisan, but for being effectively so.

This is not to suggest that Scotland should sit back and compliantly bask in the glow emanating from St Andrews House. There are, as Source has covered extensively, valid and necessary criticisms of the Scottish Government’s handling of the pandemic, but attempts to strike Sturgeon’s presence from TV will not amplify them, or leave the Scottish people any better informed.

Which leaves us with a final question: for those concerned about the dissemination of necessary information, and fear that information may be coloured by concerns other than public safety and awareness, what might be done to ensure the opposite outcome? Are there actions that could be taken to not only to leave the Scottish people better equipped, but let them use that knowledge to hold those in power to account?

Those who have been following mounting concerns over Freedom of Information over the course of the pandemic will know that, while the first minister has a talent for briefing the nation, we are still some way from anything approaching transparency. The fact that this has not received the same level of exposure as the question of what the BBC will and will not broadcast reveals how a preference for partisanship over the public interest extends far beyond Bute House.