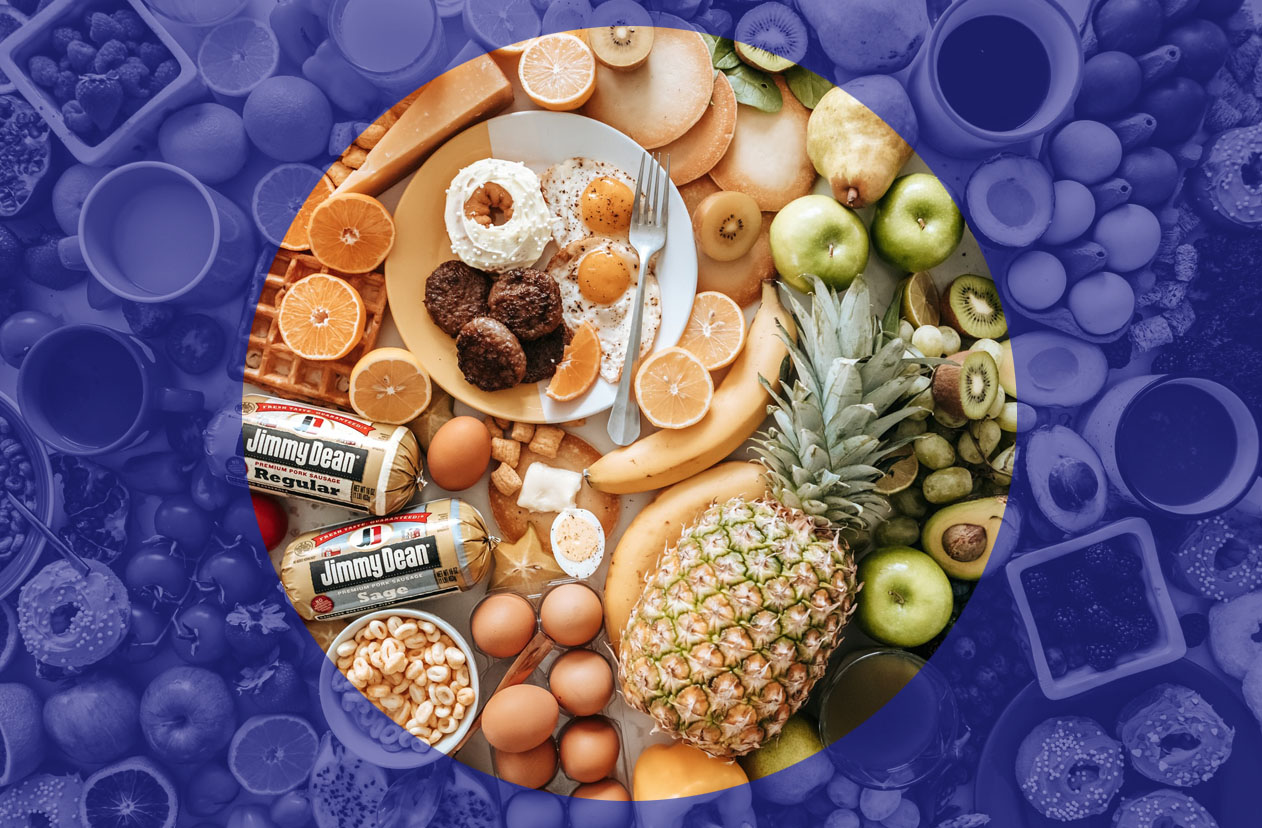 “Food – good food – is not a luxury, and there is nothing you can do, no one you can be, that justifies being deprived of it. The matter must be put beyond question.”

“HE who feeds you also imposes his will… He who does not feed you can demand nothing of you.”

So said Thomas Sankara, the revolutionary leader of Burkina Faso, at the 39th Assembly of the United Nations in New York, 1984. Sankara, who had seen the crippling effects that dependency upon foreign food aid had inflicted upon his and other African nations, advocated self-sufficiency as a means of liberation that “refused to accept a state of [mere] survival.”

All of Sankara’s ideas maintain their relevancy, but his approach to the politics of hunger remains especially potent. Food is how people are sustained, how cultures articulate themselves, how civilisations thrive or fail, and – as the powerful have always known – is perhaps the best means of exerting social control. Starvation may inspire revolution, but fear of it demands submission.

Yet people will only put up with so much, and determining where that line lies proves often tricky for those in power, particularly when a lack of effective opposition encourages them to press their luck. As the past 24 hours have demonstrated, the breaking point of many has been the insult disguised as food parcels, which have been delivered to children eligible for free school meals in England while schools remain closed during lockdown.

Images which have achieved viral circulation on social media recall the old joke: “The food was terrible – and such small portions.” One widely shared picture shows two rather depressed-looking carrots, two bananas, two potatoes, three apples, a tin of baked beans, a single lonely tomato, a small measure of penne pasta, and a scant selection of processed food items that even the most imaginative chef could not reconstitute into something appetising.

While it was initially reported that this was ten days worth of food, costing £30 – a contention which many understandably found unbelievable – the picture was eventually revealed to portray “five days of free school lunches (not 10 days) and the charge for food, packing and distribution was actually £10.50”. This correction does not obviate the reality that £10.50 is nonetheless a woefully inadequate sum for the task at hand.

Chartwells UK, the subsidiary firm of the giant Compass UK group awarded a government contract to provide free school meals, initially claimed the meagre food parcels did not “reflect the specifications of one of our hampers.” Shortly thereafter, a spokesperson for the company issued an apology for the offending parcel, the quantity of which “has fallen short in this instance.”

The spokesperson did not address the many aggrieved comparisons drawn with the services provided by Chartswells Independent, the sister company of Chartwells UK, which caters to private schools and reportedly offers a menu of “canapés, bouillabaisse and salmon wrapped in coconut, lemongrass and banana leaf.” This selection might be worth remembering the next time some fulminating blowhard warns about the impact of removing private schools’ preciously guarded tax breaks.

The UK Government, led as it is by a fourth-rate Churchillian cosplayer who has never unwillingly gone hungry, has intermittently encouraged the British peoples to approach the pandemic with a spirit of national sacrifice reminiscent of the Second World War. This gambit has enjoyed varying success to say the least, but in this case it won’t wash. During wartime, Britain faced severe and strictly enforced rationing, which in turn created a booming black market organised by profiteers; in the age of Covid, those two systems have become one. Those who profit from scarcity now work hand-in-glove with those who organise and enforce it. One need not be a radical to find that offensive – just poor and hungry.

The uproar has elicited an unusually speedy response: while the Department of Education stated that it expected the “clear guidelines and standards” for food parcels to be followed, UK children’s minister Vicky Ford quickly announced plans to investigate, emphasising that the parcels must “cover all lunchtime meals and be nutritious.”

Shorn of context, all this might give hope for a prompt rectification of the matter; anyone familiar with the Conservatives’ record however will know their sudden apparent concern for children not getting enough to eat sits at odds with every trend established since they came to power.

Long before the advent of the Coronavirus, it was no secret that the Tories’ unshakeable adherence to Universal Credit, their ruinous flagship reform of the welfare system, was leaving children, families and other claimants hungry – a reality so prevalent it could easily be considered a feature, rather than a flaw, of its systemic design.

In the wake of Covid-19, these conditions have only worsened. In December last year, the UN agency Unicef, responsible for administering humanitarian aid across the world, launched an emergency response to help feed children in the UK for the first time in its 70 year history. Boris Johnson’s government may have proven unusually vulnerable to the redoubtable efforts of footballer Marcus Rashford, whose campaigning on the issue of child food poverty even stalwart conservatives find hard to resist, but there are still wider issues at play.

Even while promising to take action, Vicky Ford was careful to defend the use of parcels instead of vouchers to deliver free school meals, despite the latter’s high-profile endorsement by figures such as Rashford. “One of the reasons why some schools have used food parcels rather than vouchers”, Ford argued weakly on Twitter, “is that it helps keep them in touch with families.” There are, Ford may be surprised to learn, other means of communication available – Mr Graham Bell’s contraption has become quite popular, while the latest versions of Charles Babbage’s computational engine even allow for a kind of ‘electronic mail’.

One might ask why a Conservative government, normally so fond of right-wing notions of ‘choice’ and libertarian posturing, preferred the like-it-or-lump-it approach of food parcels versus the voucher scheme, which would have allowed parents to peruse supermarkets at will and decide for themselves whether or not Frubes are really the best way of nourishing their offspring throughout lockdown? Only a conspiracist cynic could possibly suspect the well-paying contracts issued to amendable, profit-driven businesses had anything to do with it.

If one were feeling particularly paranoid, we could also wonder why any of the parties responsible for these pathetic food parcels thought they could get away with it, or why a government that should by rights be living in fear of public anger would run that exact risk by offering such a paltry excuse for sustenance?

To that, I offer one possible explanation: ask those in poverty to make a meal out of a pittance, to survive rather than live, and you teach them to make do with what they have been given – and be grateful to have received it at all. For those who have no genuine interest in eradicating poverty or achieving a classless society, the idea of a ‘thankful poor’ is a beguiling one. The relevance of Dickens has not been exhausted yet.

Hopefully, veins of suspicion like these will provoke even broader thinking. Even amongst all the justifiable anger over the food parcel scandal, a framing of capitalist exchange has persisted: in the minds of many, value for money has not been achieved for the goods and services provided. Sympathetic as this perspective may be, we must stop thinking of food as a commodity and start thinking of it as a right if serious progress on poverty is to be made.

If you want to see the dismal alternative, take a glance – if you can stomach it – around Twitter’s toxic dumping grounds, where you can already see old and unforgiving attitudes emerging once again. How many, some ask, of the families relying on free school meals smoke, or drink, or partake in other little indulgences – Netflix subscriptions, Christmas presents, hot water?

The monstrous Victorian notion of the ‘undeserving poor’ does not die out so easily – though it may be taken advantage of by governments that thrive by turning people against each other, it inhabits every part of us that is pitiless, selfish and mean (all qualities given voice last October by that paragon of humanity Rod Liddle, who argued against the whole concept of free school meals being granted to support “the utterly idle and irresponsible”).

One can imagine the appeal of these miserable food parcels to such a mindset. The history of food is, by and large, the history of poor people making delicious and inexpensive food out of whatever is available. La paysanne cuisine – food created by peasants – now undergirds much of modern French cooking. What the American South today calls ‘soul food’ has its roots in the meals of slaves. In the aftermath of the Korean War, impoverished locals scrounged surplus foods from US army bases – leftover hot dogs, Spam, canned beans – to make the now-classic budae jjigae.

Despite the dire (and generally undeserved) reputation of British food internationally, the only immediate reason such a meeting of creativity and necessity cannot take place in the kitchens of our poorest is a food parcel scheme which, by accident or design, appears to remove pleasure as well as nutritiousness from food. After all, actually enjoying what you eat is a privilege poor children apparently do not deserve.

Destroying instincts such as these means not only embedding a right to food in cast-iron legislation, but in our society. Food – good food – is not a luxury, and there is nothing you can do, no one you can be, that justifies being deprived of it. The matter must be put beyond question.

Following the rise of the La Via Campesina farmers’ movement in the 1990s, the principles of ‘food sovereignty’ were laid down in 2007 Declaration of Nyéléni. Food sovereignty, it argued, “puts those who produce, distribute and consume food at the heart of food systems and policies rather than the demands of markets and corporations. It defends the interests and inclusion of the next generation. It offers a strategy to resist and dismantle the current corporate trade and food regime, and directions for food, farming, pastoral and fisheries systems determined by local producers.”

Such a goal was admirable then, and its necessity has only been made clearer by the Coronavirus pandemic, which has demonstrated the need for socializing the food system on both a national and global level. Bringing this about will only become more pressing if the climate crisis continues apace, and as predicted delivers worldwide harvest failures on a scale not seen since the 19th century.

In Scotland, we have no excuse to plead ignorance. Efforts to enshrine a right to food in legislation have been underway for several years now, and the fact that they have stalled cannot be blamed entirely upon the ongoing pandemic. Should we share in the outrage of those throughout England over what poor children are expected to live upon, we should also look to our own backyard. There is much work to do.

Those behind this week’s sad excuses for food parcels may be shamed into improving the situation somewhat. But so long as a right to food remains purely theoretical, Sankara’s point stands: the hungry and the needy will remain vulnerable to the capricious will of those with the ability to feed them.

Food is not theirs to give. It is yours to demand.