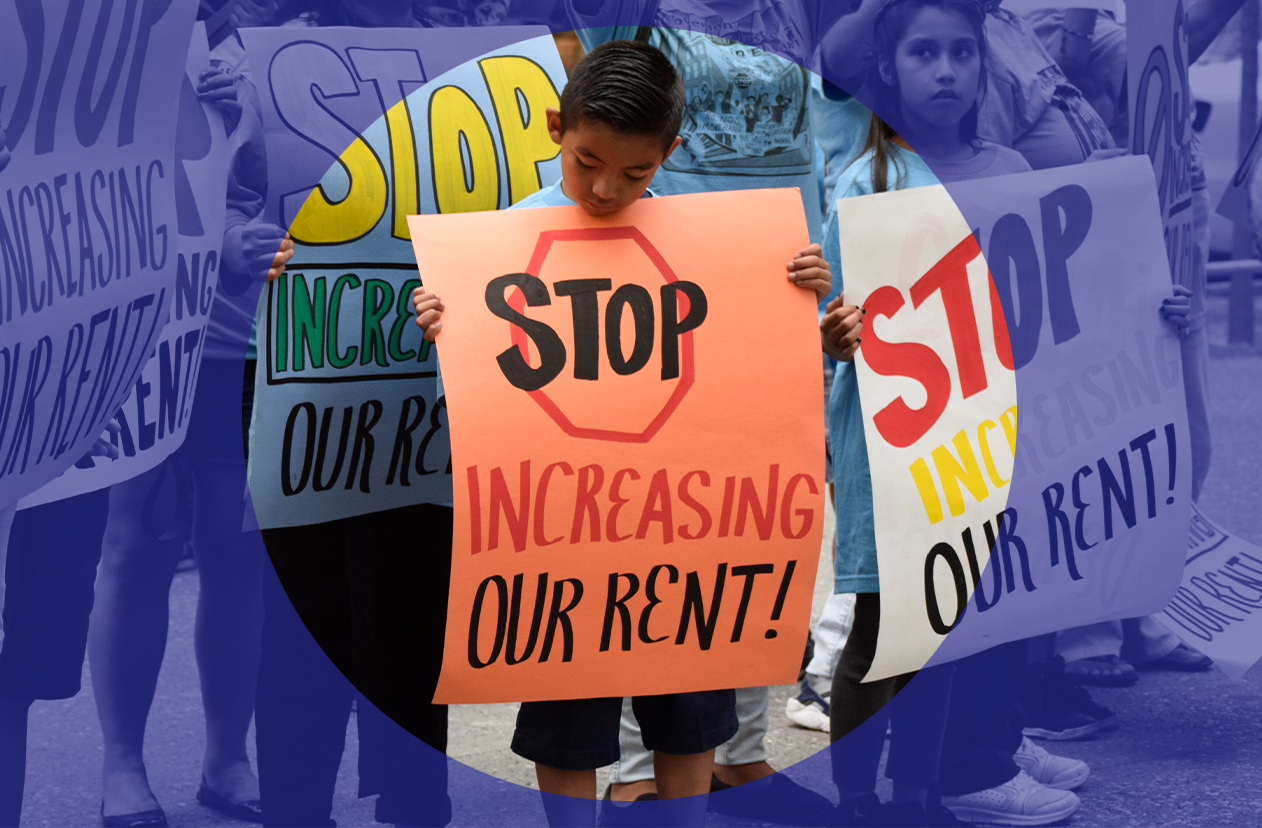 “What we have learned over the past year is that the planet can be thrown into an upheaval without precedent, and the renter’s lot will remain an unchanging, unloved constant.”

While most of the press avoided le mot juste in their coverage of the latest official statistics on private sector rents in Scotland, honesty and accuracy demand it. How else to define a plague year in which Scottish tenants saw the average rent of their homes – the homes which for so long became the limits of their world – rise above inflation in 11 out of 18 areas? How else to explain why a global pandemic barely made a dent upon rents in Edinburgh and Glasgow, where the cost of a two-bedroom property has increased by 45.9 and 40.9 per cent respectively over the past decade? Some might call this obscene; in Scotland, we call it the private sector.

In the early, uncertain months of the Coronavirus pandemic, there was much loose talk amongst silver lining-hunters that one upshot of the crisis might be a welcome depression of private rents, the steady rise of which in the UK’s urban areas had done so much to reinforce precarity as the norm post-2008. In some cases, this did in fact come to pass – most notably in London, the metropolis which only functions thanks to the many thousands who can barely afford to live in it – but such wobbles were outliers, as the new Scottish statistics have reaffirmed.

In their framing of this week’s report, the Scottish Government was at pains to stress that, since the annual figures cover the period from 1 October 2019 to 30 September 2020, with housing market restrictions necessitated by the pandemic introduced in mid-March and eased towards the end of June, “any COVID-related impacts on the figures may therefore be limited.” This is open to debate – those tenants who lived through the year under examination may remember those impacts a little differently – but this is more than a matter of perspective.

What we have learned over the past year is that the planet can be thrown into an upheaval without precedent, and the renter’s lot will remain an unchanging, unloved constant. For those of us who live Scotland’s largest cities, this is no surprise; the average Edinburgh landlord wouldn’t drop your rent in the event of a nuclear war (though you would probably lose your security deposit).

While our private rental sector greeted the advent of the pandemic with lukewarm pledges to “talk”, “understand” and “be flexible” with their tenants, life for those they financially exsanguinate has largely continued in the pre-Covid style. If things are to change, they must be compelled to change.

In this, many of those concerned with tenants’ rights and Scotland’s housing crisis are in broad agreement, though their proposed solutions vary. Shelter Scotland director Alison Watson commented: “This year, tens of thousands of people have lost jobs and income. But the cost of putting a roof over your head in the private sector is still rising.

“This system is broken and if we don’t act fast to fix it, more and more people are going to struggle to stay in their homes. The rising cost of family homes mustn’t be allowed to push more children into poverty. We need to build more social housing so that everyone can have the foundation of a safe, secure and affordable home.”

Scotland is inarguably in need for more social housing, but that which we already have has not proven immune to the challenges also facing private renters; as the latest data from the Scottish Housing Regulator showed this week, council rent arrears in Scotland have increased by 15 per cent since the beginning of the pandemic, with the amount owed in rent to local authorities exceeding £100 million as of last month. A more direct reckoning with the question of rent is required.

To their credit, this has long been the position of the Scottish Greens, whose housing spokesperson Andy Wightman argued that the rise in private rents across the country has laid bare the failure of the Scottish Government’s Rent Pressure Zone policy. Despite local authorities gaining the (extremely limited) power to designate RPZs in 2016, not one has been established, in part because of the exhaustive bureaucratic process of evidence submission by which councils must secure permission for doing so.

Ironically, given that RPZs were seen by some as a watered-down half-measure in response to growing calls for rent controls worth the name, their failure has only reinforced the need for a more effective means of regulating a sector run rampant.

Wightman – as one might expect from the title of his new paper, ‘Rent Pressure Zones: A failed policy’ – does not mince words: “Housing should be affordable. At most, nobody should pay out more than a third of their income on housing costs. Even if it were possible for local authorities to submit sufficiently ‘robust’ data in support of an RPZ application, the resulting pattern of RPZs would, at best, moderate rents. It would not encourage property owners to improve their properties, [or] protect tenants signing up to new tenancies. It would also do little to reduce inflated rents.”

The relative toothlessness of RPZs may be why they were eventually accepted by the Scottish Association of Landlords with a minimal amount of the usual grumbling – in sharp contrast to their more characteristic doom-mongering over rent controls, from which the lobbying group recoils like Dracula from a crucifix. Such proposals, warned SAL chief executive John Blackwood last year, must not be imposed “without clear data on current rent levels across the country.”

The statistics published this week may fulfil the landlords’ criteria for “clear data”, but it’s probably not worth holding your breath. Despite SAL’s recent entreaty for tenants and landlords to “work together” – frog, meet scorpion – history tells us the rights and victories of tenants have never been secured by such false collegiality.

In March, I suggested that the demands of the pandemic had created an enormous opportunity for reform, whilst simultaneously putting landlords in Scotland and beyond on the back foot; that there was realistic hope for not just a moratorium on evictions – kinda, sorta achieved on a temporary basis, but not really – but “a suspension of rent, automatic forgiveness for any rent, mortgage and utility debt accrued over the course of the pandemic, significant and rapid investment in social housing and a rehousing scheme for the homeless on an unprecedented scale.” The fact that none of this transpired is a political failure of staggering proportions.

One day, someone will have to answer for that; not the activists of the tenants union Living Rent, whose advocacy has been tireless, whose members are protected, and whose radicalism has long been proven justified, but the government and political class who were offered this rare chance by fate – and utterly blew it.

Thanks to that abnegation of responsibility, national rent controls remain a sadly distant prospect in Scotland – distant enough that we may, in between calculating if we can eat today after paying for the privilege of being indoors, consider the fact that even this reform would perpetuate the illusion that ‘landlord’ is a real job, rather than a designation from the encyclopaedia of parasitology.

“Our cities can never be made really habitable or worthy of an enlightened people while the habitations of its citizens remain the property of private individuals,” wrote James Connolly. “To permanently remedy the evils of city life the citizens must own their city.”