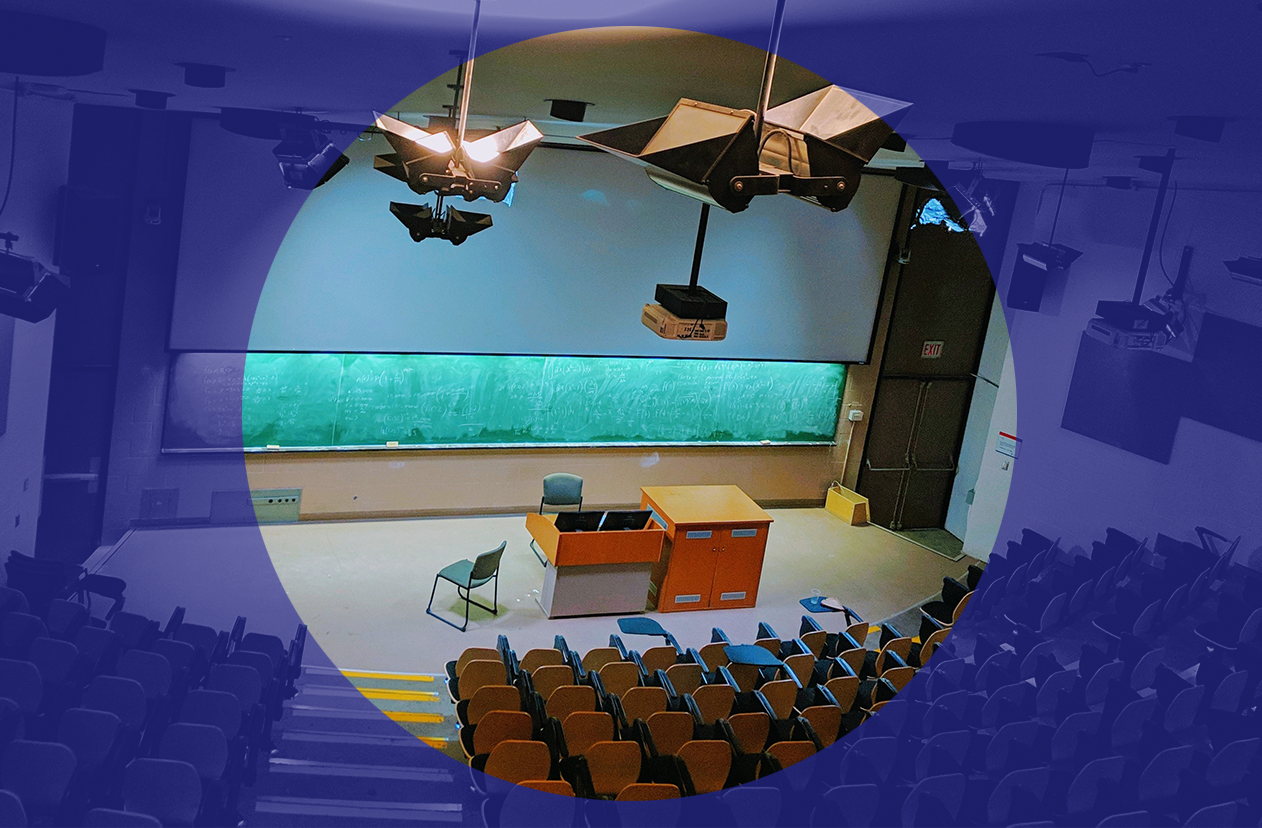 “If the Tories had an ounce of subtlety, they might not have launched their phoney campaign to cement free speech at the exact same time heritage organisations were being warned not to delve to deeply into Britain’s racist and colonialist past. These are not people who care about being perceived as sincere.”

EVEN within a cabinet largely comprised of rejected PG Wodehouse characters, it is difficult to engage seriously with Gavin Williamson, the man who shared both an office and a personality with a tarantula, and eventually failed sideways into his current posting as education secretary.

This might explain why his latest broadside in the UK Government’s Caligulan ‘War on Woke’ was greeted with such a mixture of sincere concern and contemptuous derision. The ambivalence is understandable: the only education Williamson provides for free is on the perils of underestimating idiots in positions of power.

Last week, Williamson announced that new legal measures would be introduced to “strengthen free speech and academic freedom” and “stamp out ‘silencing’ on campuses”. The proposed legislation would allow students, academics or visiting speakers to sue universities for compensation if they are ‘no-platformed’, while a statutory tort would be instituted for breaches of free speech, with the Office for Students empowered to impose fines.

A duty for free speech would also apply for the first time to student unions, which may be brought under OfS control – because nothing guarantees freedom from censorship like governmental oversight. Additionally, in what one might assume is the government’s latest strategy to tackle unemployment amongst people named Toby Young, the plan would also see a new ‘Free Speech and Academic Champion’ appointed to investigate incidents of ‘no-platforming’ speakers or the dismissal of academics.

Anyone who has paid attention to right-wing media will recognise that the alleged crisis of free speech in universities is a favourite obsession of paranoid reactionaries throughout the West, who generally feel that the only people on campus who should be silenced are the students paying to be there. There is, of course, no serious evidence of such a crisis: one review of 10,000 speaking events at British universities found that only six had been cancelled – four lacked the necessary paperwork, one turned out to be recruiting for a pyramid scheme, while the last, for former Labour leader Jeremy Corbyn, had to be moved to a larger venue.

The Right, however, remains impervious to such inconvenient realities – concerns over campus free speech and the scourge of so-called ‘wokeness’ have proven entirely too useful to too many unscrupulous people. It allows them to simultaneously pose as defenders of academic freedom whilst working to suppress opposing ideologies and viewpoints.

None of this is new, or restricted to the UK: when I was at university in the distant eon of the mid-2000s, one of Williamson’s predecessors as education secretary, the extremely normal Ruth Kelly, encouraged university chiefs to monitor campus “extremism” on behalf of the “moderate majority” (you can guess what kind of extremism they were concerned about). More recently, French Minister for Higher Education Frederique Vidal this month warned that the country’s academic institutions had been infiltrated by “Islamo-leftism”, a term which is not so much a dog-whistle as a dog-tuba.

Nor is Williamson’s package of initiatives the first time an attempted fightback has been mounted against the spectral regime of left-wing censoriousness on campus. 2016 saw the launch of the Young British Heritage Society, which described itself as a “new conservative and libertarian national student organization dedicated to opposing political correctness on the university campus.” With crushing inevitability, their first keynote speaker was Milo Yiannopoulos.

For those unfamiliar with the alt-right living cartoon’s mercifully curtailed career, Yiannopoulos once provoked a thousand hand-wringing think-pieces on the dangers of fighting fascism by shutting down free speech, whilst simultaneously illustrating precisely what happens when campuses roll out the red carpet for every self-styled controversialist on the make.

During one appearance at a New Mexico campus, he encouraged his audience to call ICE on any of their fellow students they suspected of being undocumented immigrants, while at the University of Wisconsin-Milkwaukee, he publicly outed a trans student and subjected her to a barrage of transphobic abuse.

Those who have argued there should be safeguards preventing such occurrences are those now condemned as enemies of free speech – not just by apoplectic Spectator writers, but by the government of the United Kingdom. Though there is some crossover between these two groups, the fact that this nonsense has been endorsed and weaponised by those in power should not be shrugged off.

Since Williamson’s announcement last week, many have written eloquent and cogent deconstructions in response, some of which understandably questioned whether this should really be a governmental priority in the midst of an ongoing global pandemic. This kind of counterstrike is not without merit or necessity – far from it – but it would be naïve to think the UK Government cares whether its ‘war on woke’ is exposed as an unprincipled, self-serving scam. If the past decade has proven anything, it’s that right-wing hegemony will not be dismantled by hot takes and epic takedowns.

Indeed, if the Tories had an ounce of subtlety, they might not have launched their phoney campaign to cement free speech at the exact same time heritage organisations were being warned by culture secretary Oliver Downden not to delve too deeply into Britain’s racist and colonialist past if they want to keep receiving public money. These are not people who care about being perceived as sincere, or free from hypocrisy. What they do care about is control.

They wish to control who attends our universities and who teaches in them. They want to control the security (or lack thereof) of both groups. They want to control the commodification of education and the flow of money that results. And they will keep using ‘free speech’ as a lever with which to do it until their grift is no longer indulged by every superannuated pundit who rushed so hastily to exit the Vampire’s Castle they tripped and fell ass-first into nonstop apologia for bigotry and fascism.

So long as these debates continue on terms set by the Right – a fantasia in which ‘cancel culture’ is an existential threat equal to McCarthyism, as opposed to a surprisingly effective PR strategy for public screwups – then the material issues such rhetoric serves to obscure will continue to be ignored.

A few days before Williamson’s plans were unveiled, the publisher, pornographer and self-styled champion of free speech Larry Flynt passed away, prompting much reflection on his lifetime of controversies and legal battles. Famously, ahead of a pivotal Supreme Court decision, Flynt argued: “If the First Amendment will protect a scumbag like me, it’ll protect all of you. Because I’m the worst.”

Except the First Amendment didn’t defend Flynt because he was the worst. It benefited him because he was rich – rich enough to fight his opponents in the highest court in the land, pay the millions in legal bills that inevitably entailed, and orchestrate his own self-aggrandising publicity campaigns. Free speech always come a little easier for those prepared to open for their wallets for it.

The UK Government may have something to learn from Larry Flynt (no, I never expected to read that sentence either, and I wrote it). If they want free speech – or at least, like Flynt, the kind of free speech that benefits them – then perhaps they should be willing to pay for it.

Obviously, the UK Government will not be putting their money where Williamson’s mouth is – why should they, when their current scheme allows them to financially penalise universities and student organisations which refuse to fall in line? Fraudulently fighting for freedom of expression is an effective money-spinner, as any number of bloviating commentators have discovered to their profit.

Still, if anything useful is to come out this latest farce, let it remind us of something: Universities are, in every sense that matters, private institutions – you have to pay to get in, or at least pay to stay there. The education they offer is – for now, at least – a privilege, not a right. Members of exclusive cigar bars do not pay as much as the average student in England for access to their respective cloisters, yet one might wonder who is getting better value for money. The former gets to enjoy a Cuban Cohiba and a 12-year-old single malt while sitting in a fine leather chair in peace; the latter gets the option of watching Jordan Peterson in polite, enforced silence. If it were me, I’d ask for a refund.

If Williamson or his ideological cronies genuinely wish for British universities to become the kind of symposia of untrammelled debate and free-thinking they ostensibly desire, they must open the campuses not just to every far-right huckster, transphobe and well-dressed race scientist flogging a book, but everyone who desires a university education, regardless of their ability to pay. After all, why should they be excluded from the benefits of all this exciting free speech?

Of course, the Tories have no intention of creating a more egalitarian education system, just as they have no real concern for free speech or diversity of thought. If they did, they might attempt to reform the electoral system which put them into power so that it more accurately reflects the political diversity First Past The Post so effectively suppresses. None of us should hold our breath.

The wider implications of all this are not irrelevant to Scotland, where hate crime elicits less outrage than the idea some might be held accountable for it, while an excitable cohort of homegrown cranks are eager to do their bit in the ‘war on woke’ – particularly if the rights of certain minorities end up in the crosshairs. All this will need to be reckoned with sooner or later.

In the meantime, we may at least conclude that the UK education secretary and the government to which he belongs are less principled, less intellectually honest, than Larry Flynt.