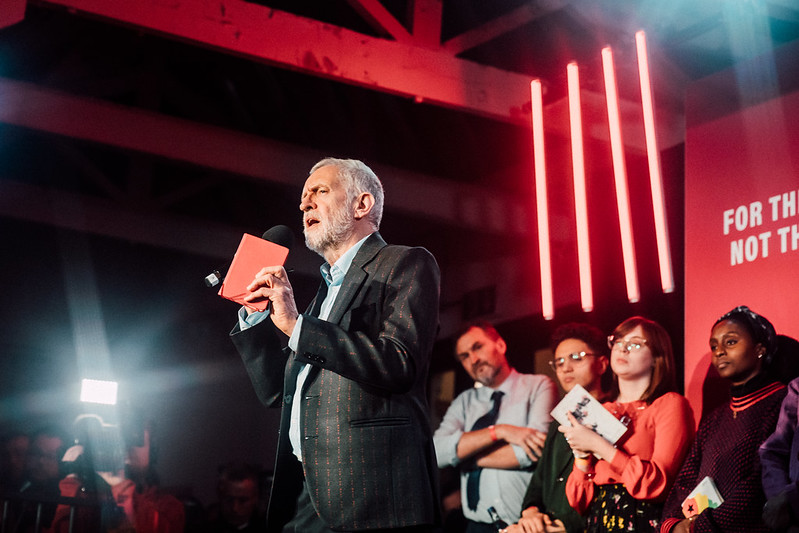 With days to go before the General Election, CommonSpace editor Sean Bell considers the speculation surrounding a possible deal between Labour and the SNP

THOSE for whom politics is a profession are fond of analogies concerning the manufacture of sausages, nationalised or otherwise. It’s a grim business, they say knowingly, and much like political compromise, no one really wants to see how it’s done.

It’s the kind of remark that is much repeated, but rarely tested. Some would argue that anyone willing to eat the end-result is obliged to witness what happens to the unfortunate pig in question; others might suggest that, if politicians are going to announce some vaunted resolution to the public, voters might be better informed if they knew exactly how it had been reached.

These thoughts are difficult to avoid in the final week of the General Election campaign, as the question of whether Labour and the SNP will have anything to talk about after Thursday’s vote remains unanswered. The only certainty is that all efforts to settle this question so far have failed miserably.

The mystery has evolved from the uncertainty over the position of Labour – or, more specifically, Jeremy Corbyn and his inner circle – on a second Scottish independence referendum. While Corbyn had made tantalisingly non-definitive comments on the matter before, this speculation only really went into overdrive after shadow chancellor John McDonnell idly indicated earlier this year that another plebiscite might not be opposed by a Labour government.

On cue, steam started shooting from the ears of Scottish Labour, who regard such a suggestion as the equivalent of opening the sixth seal – which was all very amusing, but did little to clear up the ambiguity which remained. Journalists have gone mad attempting to interpret the Labour leadership’s position is on indyref2 as if it were a Zen koan, and it’s entirely possible that I’m one of them.

Following his initial comments, McDonnell later intervened again to say that such a vote would not take place within the “formative years” of a Labour government – though quite how that squared with his pledge that the party would not stand in the way of another referendum is anyone’s guess.

On the campaign trail in Glasgow, Corbyn then told press that no independence referendum would take place in the first term of a Labour government, before adding: “These are all hypotheticals in terms of what the election result will be.” Having qualified his position, Corbyn aides then told inquiring hacks that this position could shift further if the SNP retains power in the next Holyrood election. Swamp water provides greater clarity.

This confusion laid the groundwork for at least the possibility of a Labour-SNP deal to remove the Conservatives from power, a scenario seized upon by Boris Johnson, who has characteristically exhibited no shame in presenting a loose hypothetical as a virtual certainty, warning last month of the “Corbyn-Sturgeon technicolour coalition of chaos” (I’m fairly sure I’ve got their first album somewhere).

Other than the prime minister’s dark fantasies of a non-Tory dystopia, speculation has largely been fuelled by Nicola Sturgeon, who has been consistent and specific in what the SNP would demand in exchange for giving Labour its backing. Speaking to the Guardian’s Libby Brooks this week, the first minister refused to rule out SNP MPs withholding support for a Labour budget if Corbyn did not grant the Scottish Parliament the necessary powers to hold an independence referendum in 2020.

In addition to her earlier demands, Sturgeon also said that the SNP’s support for a Labour government would be contingent on the acceptance of the principle that it is Holyrood’s right to decide the timing of such a referendum, and reiterated her intention to block the Tories from power, undercutting Labour accusations to the contrary.

“The SNP under my leadership would not ever, in any circumstances, vote for a Conservative Queen’s speech or budget. We will be offering support to a minority Labour government. We’re simply saying that principle should be respected.” Try as some might, it’s difficult to misinterpret that.

According to the Labour leadership at both the Scottish and UK level, all this is academic. For the past month, Labour has been at pains to emphasise that the party is “not doing pacts, not doing deals” should they only be capable of forming a minority government, with Corbyn turning the question into a high-stakes game of chicken: either back a Labour budget and legislative programme with no favours returned, or allow the Tories to resume power.

A cynic could understand the logic in never giving away anything you don’t have to, but a cynic would also be the first to point out that few believe Labour’s mettle will hold if they wake up on Friday to narrowed options and a phone-call from SNP HQ. At which point the sausage will start to get made.

Labour went into this election with advantages not enjoyed by the party in many voters’ lifetimes – a leader who cannot be tied to the errors and iniquities of its last span in government, and the power to inspire the Left not just throughout the UK, but across much of the Western world. Yet amidst all this, the party has faced the question of Scottish independence, with all its attendant baggage, and made an utterly avoidable rod for its own back.

Should Corbyn’s protestations evaporate in the event of a hung parliament and an informal arrangement is hashed out with the SNP, he may be reminded that many voters – as 2010 demonstrated – do not care to wake up after a General Election to find that deals have been made without their knowledge or input. If those rumoured negotiations with the SNP that Labour so strenuously denied had actually taken place, a rare victory might have been won, either for both parties concerned, or at least for democratic transparency.

As it stands, depending on which polls you regard as halfway reliable, some of the predicted SNP wins in Scotland may just as easily be at the expense of Labour as from the Tories. Had one of those pacts or deals that Labour refuses to countenance been in place some weeks ago, such an eventuality could perhaps have been avoided.

But even without playing soothsayer, there are wider reasons why Labour’s intransigence may be to its own detriment. Since the possibility of a deal with the SNP was first articulated (for those keeping score, the political journalist Jamie Maxwell proposed the idea long before it became one of the key issues of the election campaign), unionists have gone into one of their periodic meltdowns; right-wing columnists have fulminated; editorials in tabloids and broadsheets alike have been given over to apocalyptic visions so florid one could almost forget how familiar they sound. There is the unmistakable smell of fear in the air.

So it’s worth asking of Labour: when your enemies are so clearly terrified, why do everything in your power to convince them that they have nothing to worry about?

When the Tories first unveiled the cursed image of Ed Miliband sitting in Alex Salmond’s pocket, there was arguably some truth to the notion that Labour’s then-leader relied somewhat upon unionist credentials – although doing everything he could to reaffirm them, up to and including ruling out forming a government if it should include negotiation with the Nats, didn’t do ‘Red Ed’ much good in the end.

These days, Labour has been so busy putting former Yes voters willing to stump for Corbyn before the camera, explaining what a short walk it was from Scottish self-determination to British social democracy, that they haven’t dug up any unwilling to vote Labour if the SNP get what they want.

Are there voters who do want a SNP-Labour coalition? Are there Labour voters would be happy to see another Scottish independence referendum? It’s certainly rumoured that if Labour disappoints on Thursday, some Scottish Labour activists may bring a pro-independence motion to the next party conference – a scheme virtually guaranteed to fail, of course, but inconceivable just a few years ago.

So, if opposition to an informal alliance with the SNP is not motivated by the Labour grassroots, why does it so animate the Labour leadership?

Nailing down Corbyn’s own feelings on the Union is a tricky business, and that question won’t be settled here. Still, assume for the moment that the Labour leader, on some level, believes in Britain; that he believes that a case can be made for its continuing existence as a vehicle for transformative, lasting change, and that the Scottish independence movement is mistaken in its appraisal of the British state as injustice made manifest.

If that is Corbyn’s opinion, then why not make that case? Both his admirers and detractors acknowledge that Corbyn has never shied from making his beliefs known, which is what makes his evasions and incoherence on a second Scottish referendum so frustrating. Avoiding the argument does not suggest faith in the Union. Whether Corbyn enters Downing Street and enjoy his “formative years” free of constitutional discourse or not, there’s only so long you can kick the can before you run out of road.

If UK and Scottish Labour had been in lock-step from the outset, and Corbyn had promised repeatedly and clearly that no second referendum would ever be granted under his tenure, then it would not have rid the party of a debate which exhausted them long ago. There is no magical means of banishing the question of independence from Scotland, and so long as the Union remains intact, the conflict it inspires will continue to extend into wider British politics. Corbyn could have confronted that reality honestly, and in his courage, perhaps profited by it.

Instead, Labour’s unionism – whatever reasoning lies behind it – remains a millstone around Corbyn’s neck, an insult to Scottish democracy, and a weapon in the Conservative arsenal. It’s enough to make you wonder if it’s worth it.