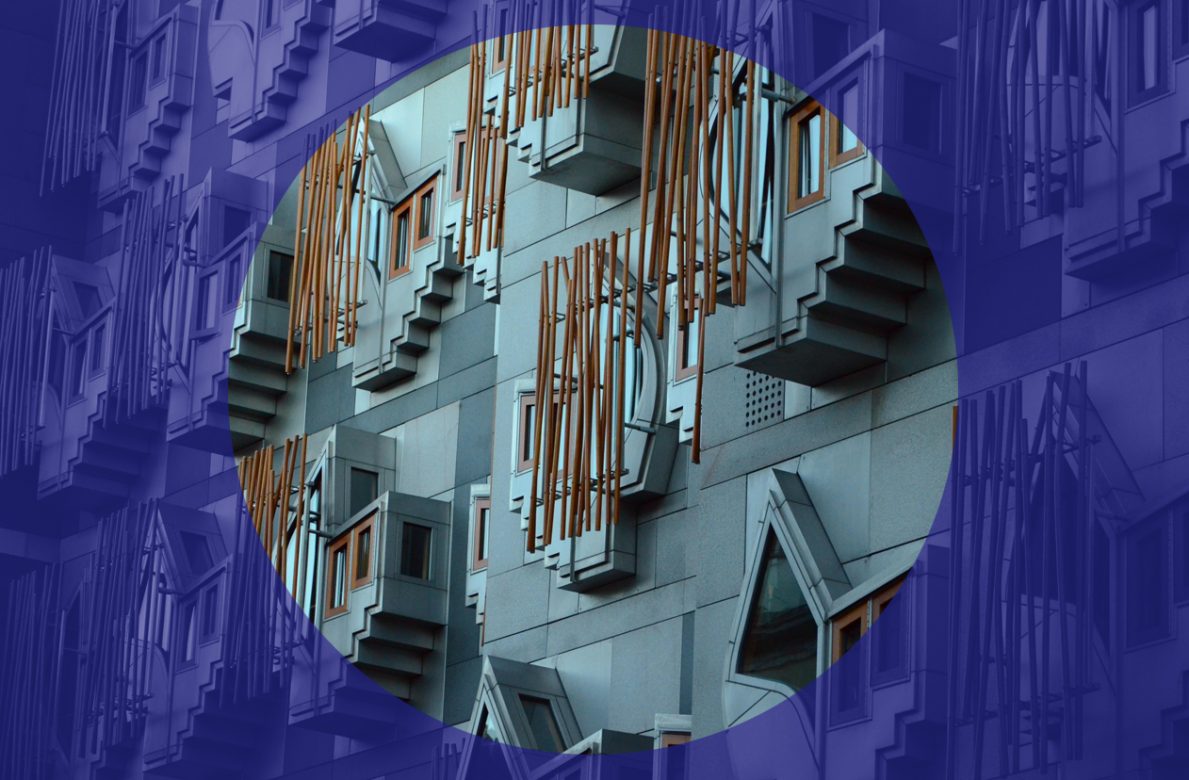 “When a party offers voters nothing but its leader’s personality, and all the baggage that comes with it, then it is by that factor it will live or die.”

FRIENDS, let me tell you about the Scottish Jacobite Party.

Launched in Glenfinnan in 2005 to coincide with the 260th anniversary of Bonnie Prince Charlie raising his standard there, the republican, pro-independence, anti-EU SJP should really be the benchmark against which all other ‘small’ parties are measured, given that it reportedly had only three members – the absolute bare minimum necessary under British law – and was thus less numerous than the Sawney Bean clan.

One of the SJP’s key policies was the annexation of those parts of England reached by the army of the Young Pretender during the Jacobite Rebellion of 1745 – a happy side-effect of which would be that Newcastle United, Sunderland, Middlesbrough and Carlisle United would be transferred to the Scottish Premier League. They were, in a word, nuts.

Regrettably, the party dissolved several years before I was regularly employed in political journalism, so I lost out on the opportunity to cover this strange, triple-headed beast in its ‘prime’. Its founder, Dr John Black, was last heard from calling for the secession of Helensburgh from Argyll and Bute Council.

I was reminded of the SJP last Friday (26 March), during the technical difficulty-beset launch of the Alba Party, for two reasons. First, the SJP were weird enough to be kind of entertaining – something I do not predict from Alex Salmond’s new vehicle in the weeks to come. Secondly, the SJP actually had policies, even if they were rooted in thinking that was not just outside the box, but in a different hemisphere from anything even vaguely box-related. Alba, by contrast, suffers a noticeable paucity in that regard.

By now, most politically conscious Scots will be aware of the rationale and strategy Salmond has laid out – achieving a Holyrood “supermajority” for independence by running candidates in Scotland’s 56 list seats, while leaving the remaining 73 first-past-to-post seats to the SNP.

They will also likely be aware of the week’s worth of controversies that have followed in the wake of its launch – from Alba candidate and ex-boxer Alex Arthur’s characterisation of “Romanian beggars” as “over fed pigs” on social media (he has since apologised for any “unintended offence”) to the 427th re-emergence of disgraced former SSP leader Tommy Sheridan as a new member of the party.

What they will not be aware of is Alba’s policy platform, because it does not currently have one.

To be fair, other major parties standing in May’s Holyrood election have not yet published their own manifestos either, but their past records provide voters with at least some idea of their aims, ideology and political character. Alba, on the other hand, has kept things vague: the ‘About’ section of the party’s website – which features less words than the average Leonard Cohen song, and is considerably less meaningful – talks of “the building of an economically successful and socially-just independent country, through the pursuit of a social-democratic programme.” Interpret that as you please.

It has been speculated that the ‘Manifesto for the Future’, a package of policy proposals compiled by Salmond and retiring MSP Alex Neil and published just before Christmas, might form the basis of the Alba manifesto, but no sign of it has yet reappeared.

This ambiguity has not stopped many from drawing their own speculative conclusions. Some have already stated their mysterious belief that Alba will carve out a space for itself to the left of the SNP. There is certainly ample room there, but it is unclear from whence this article of faith originates. Certainly not from Salmond’s tenure as first minister, defined as it was by ‘Celtic Lion’ rhetoric, low taxation and the same neoliberal orthodoxy which so frustrates the SNP Left today.

It is more likely this view has been fed by some (though certainly not all) of the high-profile candidates and converts who have come into the Alba fold over the past week, who consider themselves of the Left – your mileage may vary – and yet nevertheless join a passel of characters as entrenched in neoliberalism, managerialism and technocratic thinking as anyone in the SNP, or indeed the rest of Scottish politics.

Other appraisals have more grounding in reality: writing in the New Statesman today, Rory Scothorne argues that Alba “is the new vanguard party of Scotland’s “war on woke”, a bekilted ally, whether its supporters like it or not, of Faragism and the right-wing gutter press.” Anyone wishing to refute this view will have to reckon with the cohort of social conservatives who were among the first to sign up with Alba, and what influence they are likely to wield. Try to imagine ex-SNP defector Chris McEleny scribbling notes in the margins of the Alba draft manifesto – the mind recoils in horror.

In the meantime, we are left with a party that could be described, by a generous prevaricator, as a ‘broad church’, or more accurately as a posse of pretty much anyone willing to hitch their wagon to Alex Salmond. If there are those who perceive Alba as a project of personality, rather than principle, Alba have no one but themselves to blame, and if people are drawing conclusions about its ideological makeup beyond ‘wants a supermajority/thinks Alex Salmond is a pretty neat guy’ based on those it has chosen to represent it, then it must bear responsibility for that also. New parties with considerably less resources to draw on have been launched in the past with far more detailed policy programmes. It is worth asking why Alba didn’t feel the need.

It’s possible this is how Alba prefers it – so long as people are asking questions about Alba, or arguing about Alba, they are talking about Alba. One might think there are few politicians in Scotland who should be more resistant to the view that ‘there’s no such thing as bad press’ than Salmond. Then again, the lessons Salmond appears to have drawn from his past experiences are heterodox, to say the least.

Over the course of two inquiries into the Scottish Government’s handling of harassment complaints against Salmond, we were told repeatedly by his defenders, in ever-more desperate tones, that the matter at hand was bigger and more important than whether we liked or trusted the former first minister (although they were always reliably outraged by the fact that a great many people do not). Unfortunately for anyone who tried to regulate public opinion in this manner, that line of argument is no longer viable (if it ever was). When you stand for political office, people liking and/or trusting you is a pretty big deal.

So far, the signs do not look good for Salmond or Alba. Despite Salmond’s claim yesterday on Radio 4’s Today programme that Nicola Sturgeon, “after a week of being quite upset”, would settle down and acknowledge she had to “work with people in the Scottish parliament”, the first minister today ruled out working with Alba, saying: “I don’t think his new party will help the independence cause. I’m not even sure from his perspective it’s intended to do that.”

Meanwhile, echoing the YouGov survey from last year which found Salmond to be almost as unpopular in Scotland as Boris Johnson, a Survation poll commissioned by DC Thomson and released today found that 71 per cent of Scots view the former first minister unfavourably, and puts Alba’s support at only three per cent.

Despite Salmond’s rather rich contention that independence is “bigger than personalities”, when a party offers voters nothing but its leader’s personality, and all the baggage that comes with it, then it is by that factor it will live or die. If part of Alba’s purpose was to rebuild Salmond’s shattered reputation, it has failed almost before it began.

For anyone afraid that the art of understatement is dead, Sturgeon commented last Saturday that there are still “significant questions” about the appropriateness of Salmond’s return to public office, given the concerns that have been raised about his prior behaviour (just as the Hindenburg experienced “significant turbulence”). However, she added, “that’s for voters to judge and decide.”

Salmond has so far given no indication that he will engage with these questions: he considers the matter settled, prefers that we all “move on”, and seeks only to talk about things he wants to talk about. We’ll see how well that works out for him.

As tiresome as all this has been, the emergence of Alba has raised some worthwhile questions. If it had not come along, what might have happened instead? As the past week has made clear, the former first minister still has his devotees – all those who made the Salmond affair, what they felt this one man was owed, and what havoc they would like to see befall his real or imagined enemies, into a central part of their priorities, mindsets and identities. Until this past week, many of them were members or elected representatives of the SNP. Is it conducive to the health of any political party to be stuffed with people who, for reasons good or bad, of personality or principle, dislike and distrust each other and probably always will? What is the virtue of a church so broad it can accommodate a perpetual fistfight?

Following Alba’s launch, some in the SNP wondered hopefully if the new party might act as a kind of grease trap for the party’s vocal reactionaries. If current trends continue, it might well do so – but that doesn’t change the fact that those same reactionaries were largely indulged by the SNP until this point. For all that laughable talk of dissent being crushed and ‘Stalinist revisionism’ (famously, Stalin’s victims had newspaper columns in which to complain about their treatment), there has been no wave of SNP expulsions. The fissures within the party have not gone away, and will need to be re-addressed eventually.

None of that is likely to be resolved before the election. Instead, we will endure a clash of personalities we are already painfully familiar with, at the expense of the worthwhile debates we might have had, because of a politician who has nothing left but his personality and those who cling to it.

In other words, the transformation of Alex Salmond into the George Galloway of Scottish nationalism is almost complete.