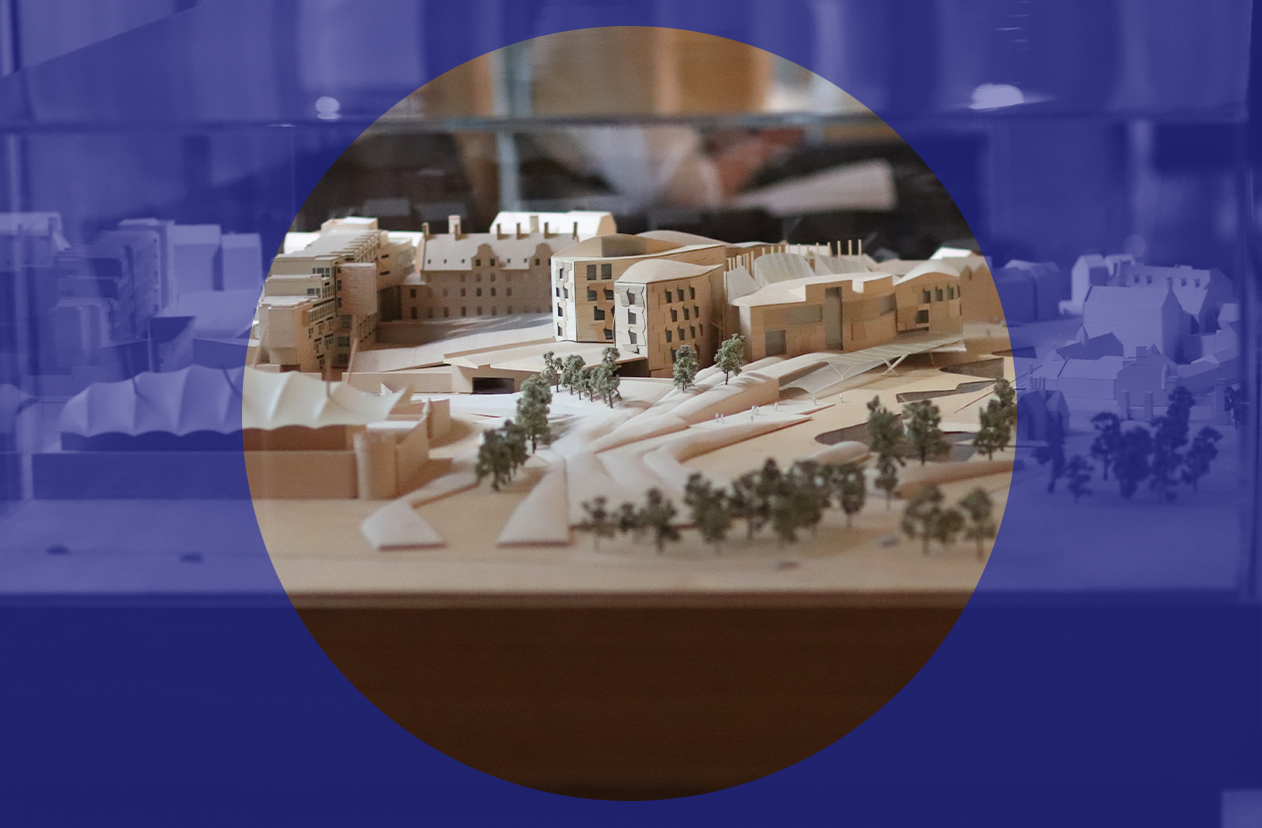 “The increasingly dominant view within Tory unionism is that devolution has backfired, and its institutions have only provided a vehicle for the Union’s enemies. Why not engineer a conflict through which devolution might be undercut?”

IN MARCH OF 2018, I watched as thousands of demonstrators stood in defiance against an anticipated post-Brexit power grab by the UK Government, locking arms and surrounding the Scottish Parliament building in a symbolic human shield.

Ignoring the example of Jerry Rubin and Abby Hoffman’s exorcism of the Pentagon, they refrained from trying to levitate it, which I thought showed a dismaying lack of ambition. Still, their point was made nonetheless: ‘Hands Off Our Parliament’.

At the time, fears of a power grab – a heavy influence upon that year’s Continuity Bill, presented by supporters as a radical defence of the devolution settlement – were dismissed as “confected Nat hokum”. If that were the case, such concerns would presumably have faded away without further comment – a footnote to the innumerable crises, constitutional and otherwise, which have followed. The past week has proven the contrary.

The UK Government’s internal market bill, announced in the House of Commons today, would see Westminster take control of numerous areas of policy following Brexit’s apotheosis, including currently devolved powers of state aid and regulatory standards, which would be overseen by a newly created body and applied uniformly across all parts of the UK. The spectre of chlorinated chicken once more looms across Scotland and Wales, should murky trade deals with the Trump administration be struck by London.

These proposals, detailed in a white paper also published today, were drawn up by Whitehall with no involvement from any of the devolved administrations affected. One doesn’t need to a constitutional expert to figure out why.

Speaking in the Commons, Plaid Cymru’s Hywel Williams noted: “We have long warned that the Conservative Westminster Government was ready to grab powers back and this Bill marks another step down that path. Two referendums and two decades of devolution are being undermined.” SNP Westminster leader Ian Blackford voiced similar objections, arguing: “This Tory con trick is a botched attempt to disguise a blatant power grab on the Scottish Parliament, which could see Westminster block Scotland from taking action in devolved areas.

“This is the biggest threat to devolution since the Scottish Parliament was reconvened in 1999.”

With typical imagination, the UK Government has cried foul at the spectacle of opposition parties opposing something; accusing SNP MPs of “stirring up division” and having fun while they do so, Penny Mordaunt commented solemnly: “I’ve never understood those motivations in politics” – a remarkable statement for someone in the cabinet of Boris Johnson, that noted peacemaker and unifying figure.

UK Business Secretary Alok Sharma added that the SNP had no interest in getting new powers, but rather “in being ruled by the European Union” – a phrasing which may come back to haunt him if the Scottish people are prompted to ask who will be doing the ruling when this bill comes into force (and where that will leave promises from Michael Gove, freshly appointed tribune of the Union, of a “power surge”).

One could be forgiven for thinking a more competent government might have foreseen this. As the academically-inclined policy shop the Foundation of Law, Justice and Society pointed out back in 2018, an internal market between multiple territories must address “barriers to trade” – i.e., can a product be legal in one part of the UK, and outlawed in another? – and “distortions to competition”, wherein different regulatory standards produce varying compliance costs. Both threaten the ability of any country in the UK to enforce its own social policies under law, and – as Scotland and Wales need no reminding – so do the most obvious proposed solutions.

The fact that the most workable existing internal markets have occurred either in sovereign federal states or alliances between them may be catnip to the UK’s benighted federalists and Remainers, but that will be cold comfort given the zero influence either look likely to exert over the British state’s constitutional or economic arrangement in the coming years. Adjusting to a new post-Brexit status quo would be easier if the UK was a unitary rather than a multinational state; leaping tall buildings with a single bound is also easier if you happen to be born on Krypton. Johnson and his government cannot pretend things are other than they are.

Nevertheless, as those of us who watched that charming (albeit dubiously effective) human chain around Holyrood will know, this confrontation was a long time coming. There is no perfect solution that would have pleased all parties and allowed the UK Government to avoid the grief, but they might not have barrelled ahead with no apparent plan for the repercussions other than a pig-headed refusal to accept the consequences of what they plan to implement.

There are two obvious explanations: either the Tories truly are that short-sighted – never rule it out entirely – or they anticipated and even desired an opportunity to deny the demands of awkward devolved administrations and their plentiful secessionists, and even to weaken devolution itself.

These possibilities only invite further questions: what does devolution mean in 2020? How secure is its present form, what dangers does it face, and what other forms might it take?

A generation or so have grown up in Scotland with devolution not just as the “settled will”, but as an established, inarguable reality; they have never known anything else. This pains those cranks who still dream of abolishing the whole roguesome enterprise – few in number, but prominent enough – and flavours the fear of unionists that the longer Scottish independence as an idea is a dominant part of Holyrood discourse, the harder it will be to banish entirely. Instead, it may become a political constant – a sword of Damocles forever hanging over the Union.

Devolution bothers them for another reason; for decades, it was accepted wisdom that the people of Scotland did not want devolution. The fact this was not immutable prompts further possibilities that unionists prefer not to think about.

While devolution has cemented itself, the arguments surrounding it have not weathered the 21st century well: for two decades, those advocates who still hold onto the concept of limited autonomy preferred by Donald Dewar and his ilk – this far, and no further – sound less and less authoritative when they suggest the engine of government can work perfectly well without certain components that would otherwise be regarded as essential, particularly now that London is looking under the hood and pulling out further nuts and bolts. Neal Ascherson once argued that a democratic parliament will naturally grow to occupy the political space it requires. We may soon see what happens when you try and obstruct that development.

So who does stand in defence of the devolution settlement? Labour’s claim of ownership over Scottish devolution has always been questionable, to say the least – there’s a decent argument that the unions had more say over Labour’s policy on the matter than the party itself – but such debates are antique. Ask Labour’s current leader Keir Starmer – working on the assumption that between the suit and haircut lurks an actual idea or two – and he will tell you he would like Scotland to “use the powers it has got”, but also “to have more powers itself”. For anything approaching further detail, tune in to the next thrilling episode of Labour’s favourite adventure series, ‘A Proposed Constitutional Convention.’

As for the SNP, unionists with long (if selective) memories are fond of pointing out that the party have not always been diehard devolutionists, and this is perfectly true. It is also true that attempting to sabotage the SNP by pointing to what they were saying a quarter century ago, as opposed to what they’re saying right now, has never paid tremendous dividends for opponents of independence. Still, if you seek to disprove the SNP’s carefully crafted image as defenders of devolution, then the latest move from Johnson’s government is a truly colossal goof.

Unionists can argue that the SNP’s attachment to Holyrood-within-the-Union is a purely cynical attempt to exploit the “settled will” of the Scottish people for fiendish separatist ends, but such a pose of offended innocence won’t wash when the UK Government has embarked upon exactly the kind of power grab the independence movement has spent years warning of.

Equally, if Labour follows its inclination towards yet another Great Debate on federalism, it allows the SNP one more opportunity to entrench themselves in the minds of Scottish voters as, if not the ‘natural’ Scottish party of devolution, then the only one prepared to make a fuss about it. In doing so, the ideas of devolution and independence will become more entwined, as the UK Government and the British state appear in conflict with both.

Of course, this may all be part of Boris Johnson’s design: the increasingly dominant view within Tory unionism is that devolution has backfired, and its institutions have only provided a vehicle for the Union’s enemies. Why not engineer a conflict through which devolution might be undercut, human chains be damned?

Once, such fears would have been dismissed as paranoid, but as the Scottish journalist and Skotia correspondent Michael Gray pointed out earlier this week: “Power devolved by Westminster is power retained at Westminster. There is no clear legal barrier to the House of Commons seizing more powers from the Scottish Parliament, or even abolishing it entirely.”

If this is the case, we are watching someone stupid attempting to do something clever – which may eventually be the epitaph for Johnson’s premiership. Soliciting constitutional backfires is habit-forming amongst British unionists. Scupper hopes for a Scottish Assembly (with a thumb pressed heavily on the scales), and set the stage for the Claim of Right and a Home Rule movement that ends up with a Scottish Parliament. Unveil devolution, confident that it will kill Scottish nationalism “stone dead”, and spend the next 20-plus years trying to explain its rude health. Secure narrow victory in an independence referendum, only to be confronted with an independence movement vitalised like never before. Try, with the Tory version of subtlety, to put the brakes on devolution’s evolution while filling your boots with EU powers?