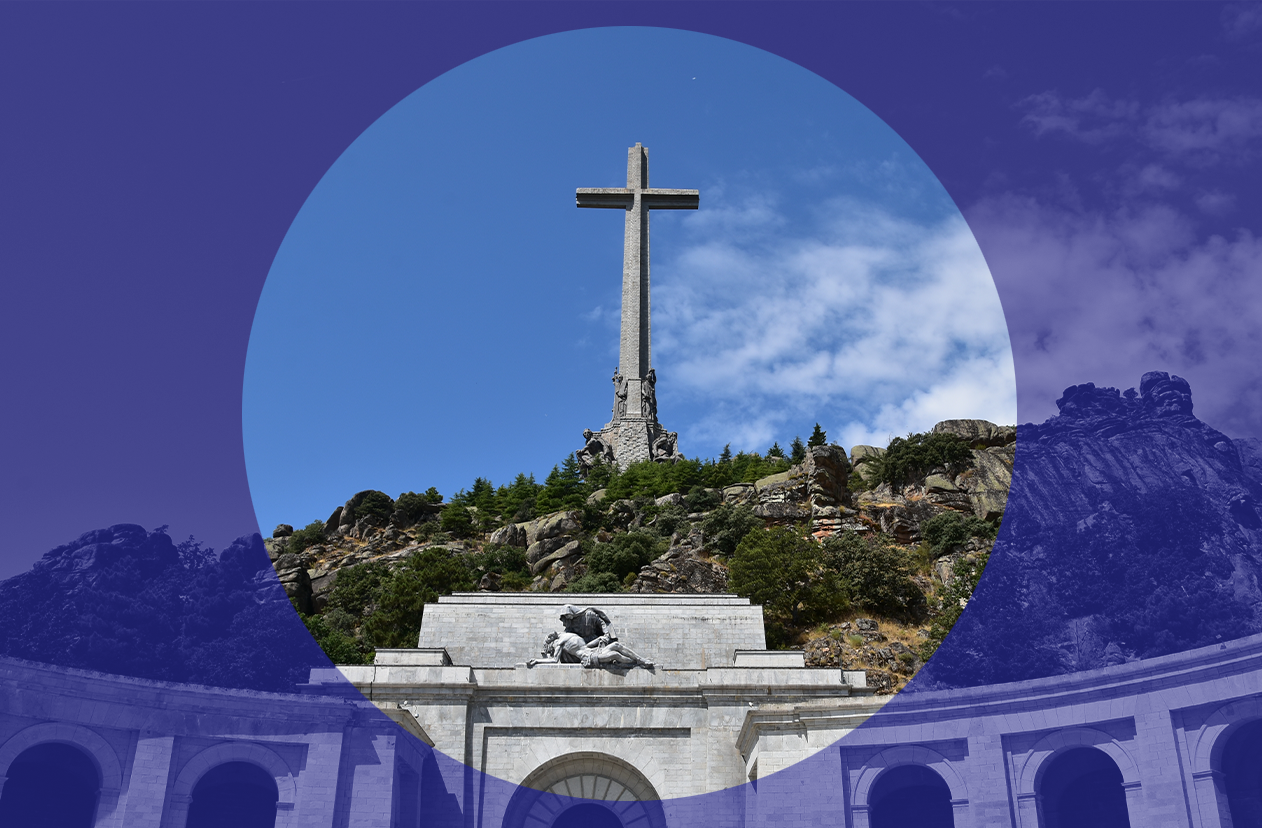 “A more honest and complete appraisal of Francoism might have to confront the fact that its legacy endures in more forms than street names and antiquated legislation.”

Aesthetically, this was no great loss. Erected in 1978 following the fascist leader’s long-overdue death three years before, the sculpture which once stood on the gates of the Spanish exclave city of Melilla portrayed a frog-eyed Franco with binoculars, walking cane and silly hat, looking more like a geeky birdwatcher than the colonial enforcer who distinguished his early military career through the bloody suppression of Riffian revolts.

Those who suffered through the turgid, disingenuous controversies that surrounded the toppling of similar monuments in the UK and the United States last year might find the clarity of intention behind the removal refreshing. Contrary to the hysteria of apologists for dead scumbags and what they stood for, the statue’s dismantling was no attempt to reject or rewrite the past, but to recognise it. As the Melilla local government neatly put it, “It’s a day for history.”

Similarly, those who have argued that we do not actually need public eyesores depicting Confederate losers and sour-looking slave-traders to appreciate the historical events of which they were part could do worse than turn to Spain for instruction. There, these familiar arguments have been playing out for many years, and much can be learned – not just about history’s contemporary relevance, but what is necessary to overcome those who believe the past is best remembered by emphatically not talking about it.

Unlike Britain or America, which largely rely upon profitable cottage industries of academic hacks to defend or obscure the iniquities of empires past and present, such abuses of history were once politically codified in Spain through the aptly named ‘pact of forgetting’, a part of the post-Franco 1977 Amnesty Law which, in the name of ‘national reconciliation’, sought to avoid addressing – or offering meaningful redress for – the crimes of Spanish fascism. In practice, this allowed the country’s right-wing, most of which can trace lines of continuity to Francoism (even if they’d rather not), to argue with a kind of bullish cowardice that it was best to let sleeping dogs – and mass graves – lie. Strangely, those innumerable commentators who argue that monuments to architects of atrocity are necessary to remember the past never seemed particularly bothered by this offence to historical memory.

From the turn of the century, grassroots efforts from non-governmental organisations sought to uncover the true cost of Franco’s ‘White Terror’ and excavate the mass graves it filled, of which Spain has over 2,000, dating from the Civil War into the late 1950s; as of 2020, less than four hundred have been properly exhumed. This was followed by the passage of 2007’s Historical Memory Law over the frothing objections of the conservative Popular Party, who have consistently argued since that the law “divides people” and “fuels the desire for revenge” – as if the enforced disappearance of over 114,000 people during the Franco years did not. Apparently, the preferred option is that the families of the dead just get over it.

Right-wing opposition to Historical Memory legislation continues to this day, which has slowed its implementation to a crawl; despite the 2007 act mandating that all symbols of the Franco regime must be removed, over a thousand streets and squares across Spain were still named after Francoist government figures as of 2019. For this among other reasons, the government of Pedro Sánchez last year proposed a 16-article ‘Law on Democratic Memory’, which would see the state take legal responsibility for identifying the tens of thousands of Francoism’s victims whose bones still lie beneath modern Spain, and hopefully address widespread criticism – most notably from the UN special rapporteur on historical memory – that the 2007 law did not go far enough in recognising the rights of the fallen. With crushing predictability, this too has been condemned as a sinister leftist plot to “weaponise” history by, well, acknowledging it.

The irony is that Franco’s regime had absolutely no hesitation about treating their version of history as a weapon, and was justifiably fearful about the threat which historical truth posed to fascism. As the historian Paul Preston notes in We Saw Spain Die, the journalist and historian Herbert Southwarth’s book El mito de la cruzada de Franco (The Myth of Franco’s Crusade) so effectively demolished the falsified history of the dictatorship’s propaganda that the Francoist ministry of information set up a special department dedicated to countering Southwarth’s work, which was smuggled into Spain and widely disseminated. The book, Preston writes, “did not narrate the war but rather dismantled, line by line, the structure of lies that the Franco regime had erected to justify its existence.”

Those seeking to confront and dismantle that same structure of lies today still face obstacles. In order to fully grapple with the truth of the Franco years, the Spanish Government this week began to reform the nation’s Official Secrets Law. Dating from 1968, this piece of fascist legislation includes no time frames for classified documents to expire – meaning that, unless they are explicitly released by a government body, files which historians have sought for decades, and which may provide the stories behind those who fell victim to Francoism, could stay locked away forever.

Despite this move, advocates of reform – most notably the Basque Nationalist Party (PNV) – remain suspicious that the reforms under consideration will not affect those secret archives relating to more recent events, such as the 1981 coup attempt by the Civil Guard and the dirty war against ETA, which Spain’s major parties might wish to leave unexplored. There is no shortage of those who find aspects of history inconvenient, especially since a more honest and complete appraisal of Francoism might have to confront the fact that its legacy endures in more forms than street names and antiquated legislation.

Most notably, the tactics employed by the Spanish state to suppress the Catalan independence movement since the 2017 referendum, from violence to the imprisonment of Catalan politicians and civil leaders, not only echo Spain’s Francoist past but, many have argued, represent its resilient continuity. Spanish unionists and their sympathisers prefer to dismiss such interpretations, but the rhetoric and resurgence of the Spanish far right – particularly in the form of the obnoxious Vox, who punctuate their demands that the Civil War not be discussed by slandering executed socialists – does their case no good.

History must be recognised; even those who desire to be freed from its legacies must tackle precisely what it is they seek to escape from. More pertinently, efforts from those who find historical truth uncomfortable to prevent it from being brought into the light extend far beyond Spanish borders. Indeed, they can be seen in the UK, where in February universities minister Michelle Donelan compared attempts to ‘decolonise’ history within British universities to Soviet censorship, arguing: “As a history student, I’m a vehement protector and champion of safeguarding our history. It otherwise becomes fiction, if you start editing it, taking bits out that we view as stains.”

Although a number of prominent historians were quick to point out the flaws in Donelan’s paranoid fever-dream of British academy – Charlotte Lydia Riley, a University of Southampton lecturer in 20th century British history, observed that the minister “doesn’t understand decolonising the curriculum, she doesn’t understand the purpose of history and she seems a bit hazy on the Soviet Union” – it would be naïve to assume that such expert criticism will make a dent in the British Right’s desire to roadblock any move to place British history in the context of questions of imperialism, slavery or race. Much like their ideological kin in Spain, they know that understanding the past can influence the present – and that’s what makes them so afraid.

The poet Federico Garcia Lorca famously said that “in Spain, the dead are more alive than the dead of any country in the world.” In many ways, Lorca is proof of that, as are the controversies and battles still underway in Spanish politics. Lorca was murdered in the early days of the Civil War, one of Franco’s first victims, but he has lived on through his words.

Then again, he had to – his body was never found.